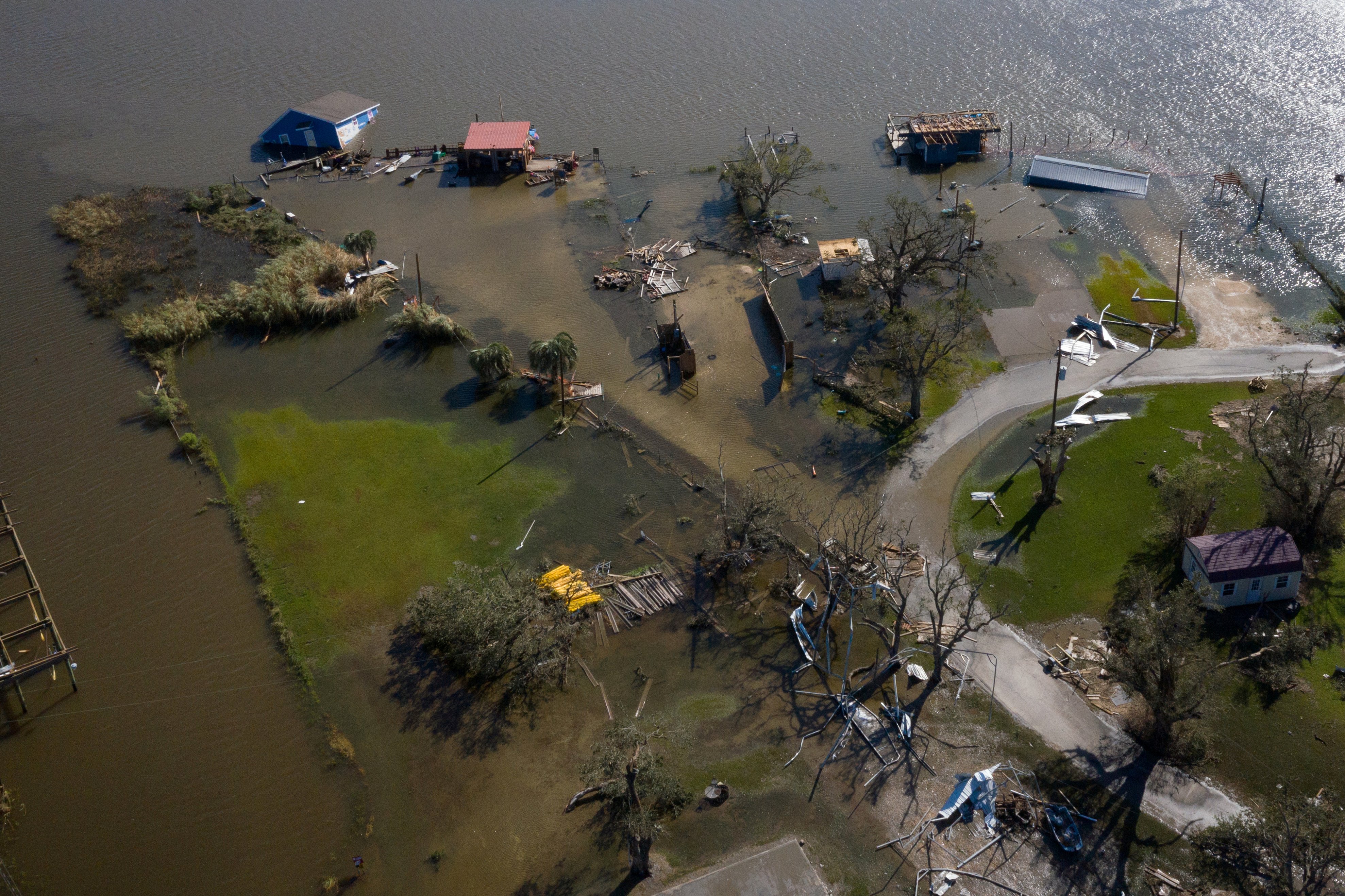 Between drought and wildfire in the western United States and hurricanes like Laura becoming more frequent, it's hard to ignore the warning signs that scientists have been watching for years. But that's what happened at this week's Republican National Convention.

Next week, the World Day of Prayer for the Care of Creation on Sept. 1 kicks off the 34-day Season of Creation. The theme for the season is Jubilee for the Earth, a reference to the biblical season of rest and renewal. But judging by the speeches at the Republican convention, rest and renewal for the Earth are not on the political agenda. There was passing mention of increasing fossil fuel production and reducing climate-related regulations, but silence about the climate crisis and its impacts.

That contrasted with the previous week, when Democrats highlighted the crisis — and its consequences for people's lives — on the third night of their convention. Various speakers pointed out that the climate crisis is an economic justice issue and that measures taken to mitigate it could help create jobs in the wake of the devastating coronavirus pandemic.

The stakes are high. Since President Donald Trump took office in 2016, his administration and Congress have taken steps to roll back 100 environmental regulations, according to a report in the New York Times. The rollback has been completed for 68 and is still in process for 32. That runs counter to Catholic social teaching as set out in Pope Francis' encyclical "Laudato Si': on Care for Our Common Home," as we explained in an editorial in April

The largest number — 27 total, of which 8 are still in process — deal with air pollution, which has a direct impact on both climate change and people's health. The administration has weakened standards for emissions from motor vehicles and coal-fired power plants, both of which are linked to global warming and respiratory problems.

If you'd like to dig deeper into those decisions, Harvard University's Environment and Energy Law Program has a regulatory rollback tracker that includes the history of the regulation, the agency responsible and its current status. Many rollbacks that have been finalized are being challenged in the courts, which is also noted in the tracker.

For regulations specifically related to climate, check out Colombia Law School's climate deregulation tracker, which focuses on steps taken by the Trump administration or Congress to reduce or eliminate measures for climate change adaptation or mitigation

Election Day this year is crucial, not just because of the decisions to be made at the polls, but because it is the last day of official U.S. participation in the Paris Agreement, the international treaty negotiated in an effort to limit global warming. One of Trump's campaign pledges in 2016 was to withdraw the United States from the agreement, and his decision will take effect on Nov. 4, the day after the general election.

Democratic presidential candidate Joe Biden has said that if he wins the election, he will reverse the withdrawal and return the United States to the international negotiating table. He might also shut down the controversial Dakota Access Pipeline.

By ignoring the climate crisis, however, the Republicans may be swimming against a rising sea level. Polls show that Americans in both parties worry about climate change. Although concern is higher among Democrats than Republicans, voters from both parties support some strategies for reducing the impact of climate change. This year's hurricanes and other severe storms, as well as the western wildfires, are still likely to be on people's minds in November. And there are links between climate change and the pandemic, although they have gotten less attention than extreme weather.

People of faith have become more vocal about climate change as an environmental justice issue that disproportionately affects people of color in the United States and people living on what Pope Francis calls the "periphery" in other countries.

In the past few years, faith leaders have criticized new limits on federal environmental reviews of infrastructure and energy projects, objected to the administration's weakening of regulations on emissions from coal-fired power plants and warned that a 2017 executive order rolling back various environmental regulations amounted to the country's abdication of its moral responsibility as a major emitter of greenhouse gases.

Meanwhile, Catholic hospitals are taking a hard look at their own greenhouse gas emissions, faith groups are divesting from fossil fuels and the U.S. bishops have expressed support for a proposed tax on carbon emissions from fossil fuels that would be paid out in dividends to U.S. citizens.

Momentum is building, although the near-term future is in doubt until the results of the presidential election are tallied in November. One thing is certain, though: the outcome of the balloting will not change the reality of a warming planet or the growing impact on those who are most vulnerable to climate change.

Various virtual events are scheduled this year as Christians and members of other faiths worldwide celebrate the Season of Creation, beginning with the World Day of Prayer for the Care of Creation on Sept. 1 and ending with the Feast of St. Francis of Assisi on Oct. 4. For registration information, click the links in the entries below.

It's no coincidence that the Season of Creation falls during September. The ninth month of the year is a time of transition — for slowing down and reflecting as the harvest season approaches in the northern hemisphere, and for greeting new life as the southern hemisphere ushers in spring.

This year's theme, Jubilee for the Earth, draws on the biblical concept of jubilee as a time of rest and restoration. Brian Roewe's explainer on the Season of Creation only kicks off the coverage at EarthBeat. Beginning Monday we'll launch a new series called Lens on Creation from award-winning photographer Paul Jeffrey. Three times a week Jeffrey will lead reflections looking at the world through a lens of faith and his camera. Along with introducing readers to the people and predicaments behind the photos, he also will offer suggestions for further study, reflection and action. And in keeping with the global theme, we'll be offering the reflections in both English and Spanish.

If you like EarthBeat Weekly, why not share it with a friend? Feel free to forward this newsletter or pass along the link to EarthBeat Weekly on our website. And if you're reading this issue of EarthBeat Weekly in your browser and would like to receive it in your inbox, you can sign up for here for weekly delivery.

As always, if you find EarthBeat reporting worthwhile, we urge you to consider supporting our work by becoming a member of NCR Forward for as little as $5 per month. EarthBeat will sponsor two special events for NCR Forward members during September to mark the Season of Creation.