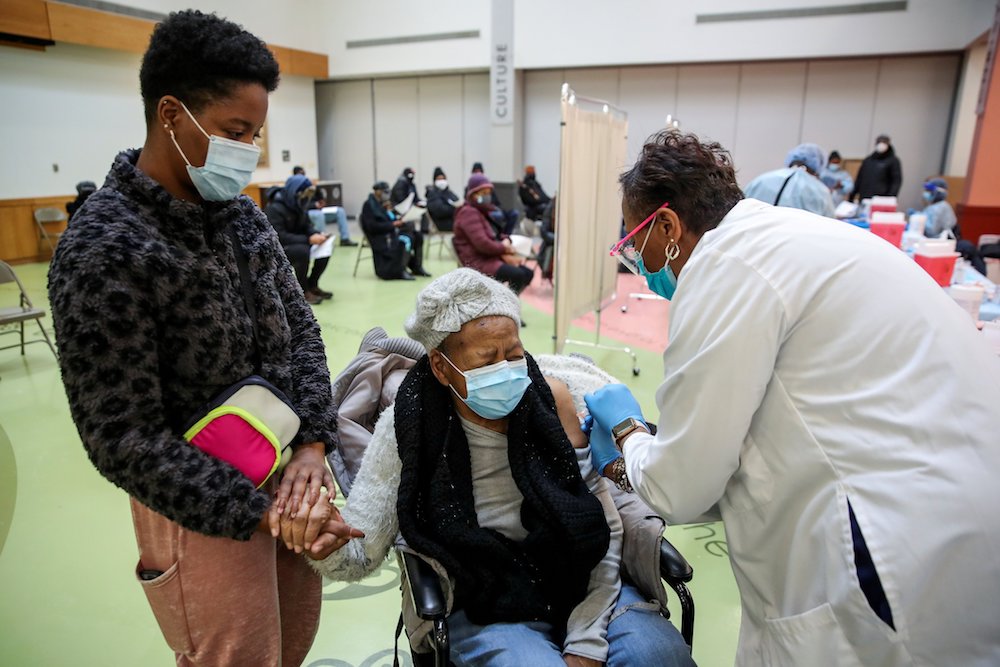 The communities most vulnerable to COVID-19 and extreme weather were at risk even before the coronavirus pandemic upended lives around the world.

This week on EarthBeat, we've joined with the rest of the staff of NCR and Global Sisters Report to look back at the year since the novel coronavirus was declared a national emergency in the U.S. on March 13, 2020.

Early on, people said COVID-19 was a great equalizer — because it was new, no one was immune, so we'd all suffer equally. It didn't take long to realize that wasn't the case at all.

People whose health was already at risk, because of chronic illnesses such as diabetes and heart disease, were particularly vulnerable to COVID-19. So were people who live in "food deserts," where they lack access to fresh fruits, vegetables and other products necessary for a healthy diet.

Those are some of the reasons why COVID-19 has hit Native American communities especially hard, as I learned when I interviewed several people who work at the Red Cloud Indian School on the Oglala Lakota Nation's Pine Ridge Reservation in South Dakota.

Some of the same factors lie behind the disproportionately higher COVID-19 mortality rates in Black- and Hispanic-majority urban neighborhoods. Those communities are also more likely to be surrounded by industrial sites where air, water and soil pollution have affected people's health for several generations.

In his reporting for NCR's "Coronavirus: One year later" series, NCR environment correspondent Brian Roewe found that the pandemic has underscored weaknesses in U.S. and global food supply chains. Those shortcomings could be exacerbated by the weather extremes that come with a changing climate — as Catholic Charities agencies in Texas discovered when a severe winter storm struck during the pandemic.

The combination of climate change and the pandemic also puts the spotlight on cities, which produce the most greenhouse gas emissions and also have registered the largest number of COVID-19 cases. While that sounds like bad news, experts say it gives cities the opportunity to make equity the cornerstone of their post-pandemic plans.

If the coronavirus has taught us anything, it's that we will not be able to make people and communities more resilient to both pandemics and climate change unless we eliminate the racial injustices that underlie longstanding inequities.

Here's what we've heard from EarthBeat readers this week: 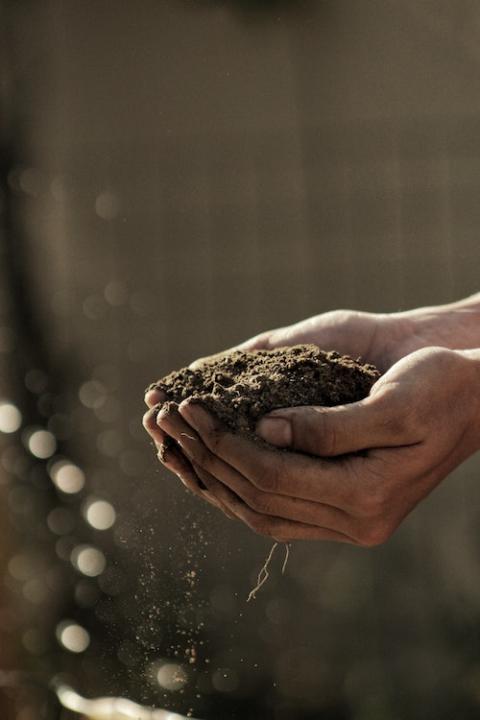 He writes: "Thank you for your articles on the environment and environmental justice, particularly on Hazel Johnson and Robert Bullard. I am writing, however, to indicate that calling anyone the 'father' or 'mother' of a movement detracts from the complex processes that give rise to movements and the many people who worked to make environmental justice a reality during the 1970s and earlier. It produces a narrative that is individualistic, marginalizes others (not me, to be clear) and is also inaccurate."

And in response to one of the reflections in EarthBeat's "A Climate-Conscious Lent" series, Jeannette Love recommended watching "Kiss the Ground," a documentary about reducing greenhouse gas emissions through agricultural practices that restore the soil and work with natural ecosystems instead of destroying them.

She writes: "It is one of the best about climate change that is sharing what is being done. Instead of dwelling on the dire situation with climate change which we have heard, and which instills fear and paralysis, they dwell on what can be done and what is being done. That is exciting and brings hope! We can all do this in our little piece of earth in our own backyards!"

Loyola University Chicago's School of Environmental Sustainability will host a Virtual Climate Change Conference on the theme "Accompanying Youth to a Hope-Filled Future" on March 15 to 18.

Activities will include a keynote conversation with youth climate activists Vic Barrett and Dejah Powell, an intergenerational conversation between the keynote activists and their mentors, a panel discussion on how climate change is driving displacement and the plight of climate migrants, a panel on climate advocacy through art, and a discussion with indigenous youth activists.

Turning down Earth's thermostat requires action by countries and corporations, but individuals can make a difference, too.

Some young people in my city of Lima, Peru, have started a composting business — for a small fee, they'll pick up kitchen scraps once a week and periodically deliver a bag of compost in return. The bulk of the compost, though, goes to community gardens in neighborhoods that lack green space. It's one of those projects that gives me hope.

What's going on in your community, at the grassroots, that gives you hope? Drop us a line at earthbeat@ncronline.org, or tell us about it in 150 words or less in a Small Earth Story.