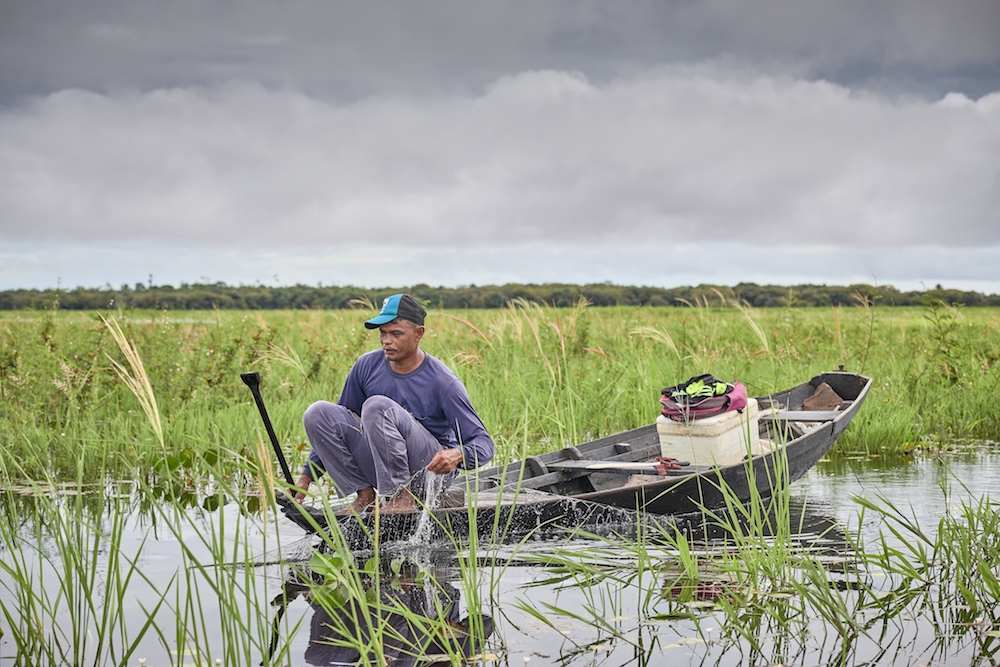 Rodrigo Oliveira checks his fishing net in the Ituqui River near his home in the Quilombo Bom Jardim, near Santarem, Brazil. For many traditional peoples, activities like hunting and fishing are closely tied to spiritual beliefs. (CNS Photo/Paul Jeffrey)

When people in Amazonian communities tell stories, they often begin, "Long ago, when animals were gente" — a Spanish word meaning "people." The phrase reflects the fluidity between humans and other-than-human beings, both plants and animals, that exists in the Amazonian world and in most Indigenous cosmovisions.

That came to mind this week when new targets were announced for the conservation of our planet's biological diversity. I once asked a Kukama journalist friend if the scientific concept of humans conserving nature made any sense to him, since he considers plants and animals to be gente, too.

He thought about it for a minute, then replied, "I don't think you can talk about conservation without talking about enchanted lakes."

He explained that when he was a boy, growing up on an island in Peru's Marañón River, his father taught him to fish. One of the lessons was that there are lakes where you can't fish, or where you can only take as much as you really need, because if you take more, the spirit guardian of that lake will make sure you never catch fish there again.

I asked how people know where those lakes are. He told me that while some are known, many are not — and it didn't really matter, because just knowing that they could be fishing in an enchanted lake made people limit their catch. Similarly, when hunting or gathering plants, people would ask forest spirits for permission. When everyone abided by those traditional controls, there was generally enough to go around.

Times have changed since my friend was a boy. The need for cash has crept into the economy of the riverside communities, and there's pressure to hunt or fish, gather certain plants or cut trees to sell to pay for medicine, school supplies, a boat motor or other necessities. Around some communities, the forests and rivers no longer provide enough food, or the variety of plants and animals has dwindled.

That sometimes leads to a merging of traditional and scientific knowledge. I've met Indigenous and other traditional fishers and hunters who supplement those longstanding practices with scientific techniques for monitoring fish stocks and game animals in an effort to keep human activities from reducing wildlife populations to unsustainable levels, and thus safeguard their food supply.

But some factors are beyond their control, jeopardizing not only their food security, but also their spiritual connection with the plants and animals that provide for them, the other-than-human gente with whom they share the forests, lakes and rivers.

On EarthBeat this week, Mark Faulkner explores the impact of one of those factors when he describes how armed conflict has uprooted the forest-dwelling Aweer in Kenya, sundering the fabric of their existence. Kenya is not alone in this. Armed conflict has also displaced forest dwellers in places like Amazonian Colombia, while in many countries, people who stand up in defense of their territory face threats and assassination.

Climate change poses another threat that is beyond the control of traditional communities. A new study in the journal Nature warns that deforested areas of the Amazon Basin are now emitting more carbon than they absorb — that is, they have reached the "tipping point" of which tropical ecologist Thomas Lovejoy and others have been warning for some time. Lovejoy spoke about the danger of tropical forests becoming net sources of greenhouse gas emissions in this NCR webcast in September.

In recent days, we've also seen record-breaking temperatures and widespread wildfires in the western U.S., with a dozen states reporting more than 70 active large fires. At the same time, torrential rains have triggered flash floods in the eastern U.S. and in parts of Europe, including Germany, where at least 100 people died and more than 1,000 more were missing. Although scientists generally avoid linking specific weather events to climate change, they say a warming climate is likely to result in more extreme weather.

Both climate change and environmental degradation have much to do with our lifestyle choices. Just as sweatshop labor is not readily visible in the clothes we buy in a department store, we may not be aware of the deforestation caused in a distant tropical country by the production of the palm oil in our shampoo or the beef in a hamburger. 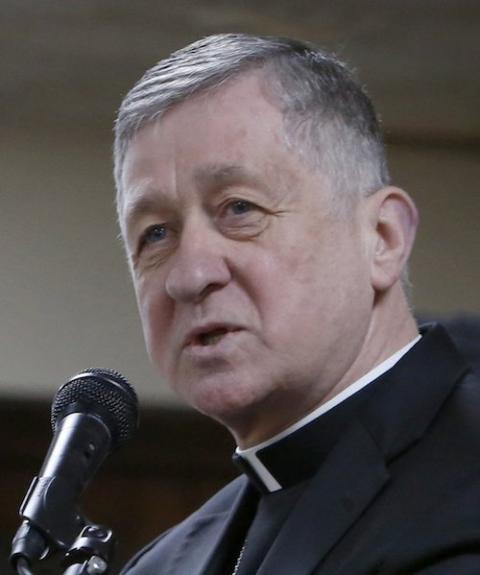 Chicago Cardinal Blase Cupich reminded of those too-often-overlooked connections during his keynote address at the opening of a conference on "Laudato Si' and the U.S. Catholic Church" sponsored jointly this week by the Catholic Climate Covenant and Creighton University.

"Somewhere along the way, we have forgotten the sacred relationship that binds us with nature. We falsely have come to believe that we have absolute dominion over the Earth and can exploit it at will," the cardinal said.

He added, "We must pause and reflect on our choices both communally and personally, for our current lifestyles and policies are inextricably linked with the current model of development." But there is hope: "Our every action is relevant, since small gestures of love help change the world."

Two key international summits, on biodiversity and on climate, are scheduled for the coming months. We'll be covering them, as always, from a perspective of faith and environmental justice. But we'd like to know what questions you have about these topics that could help us shape our coverage.

What information would be most useful to you, your parish creation care or Laudato Si' group, your faith community or your school group? Drop us a line at earthbeat@ncronline.org and let us know.