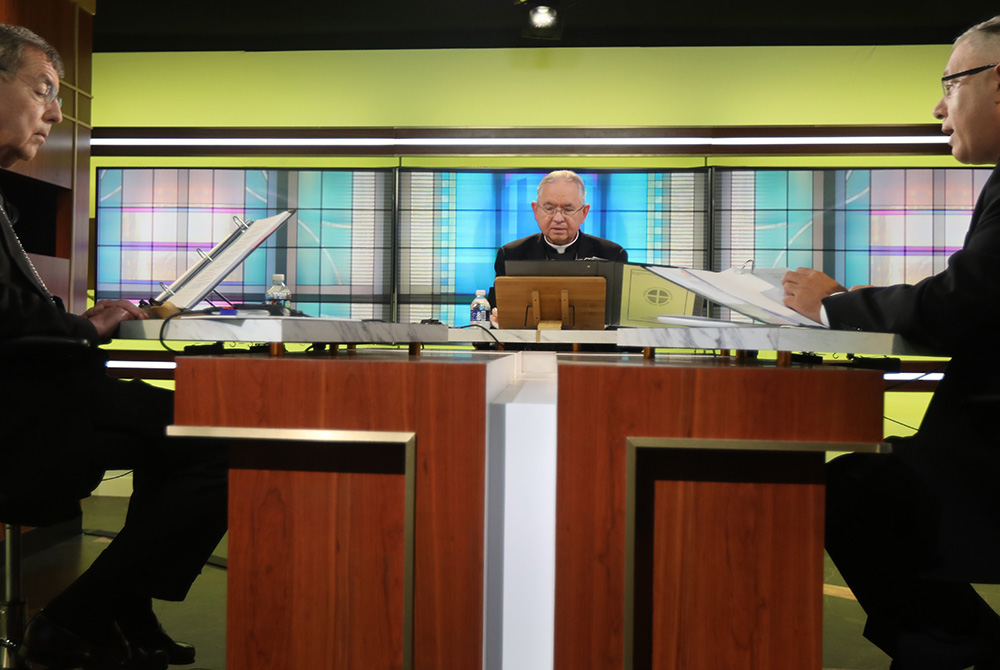 At their June meeting, 168 U.S. bishops voted to move forward with a document on the Eucharist, an idea that came out of a working group concerned with President Joe Biden's political positions on abortion. Although subsequent messaging from the conference has indicated the document will not address denying Communion to politicians, it was clear from the discussion at the meeting that such exclusion motivated many bishops.

They proceeded with this divisive project despite repeated warnings (including from the Vatican) that it would lead to further politicization and polarization — concerns confirmed within hours of the release of the vote total, when a group of Democratic Catholic politicians responded with a letter of their own, lambasting the "weaponization of the Eucharist." On Twitter, U.S. Rep. Ted Lieu from California dared bishops to deny him Communion.

In the days following the vote, we at NCR have received hundreds of letters and responses on social media about this ill-advised scheme, and the disgust, sadness and anger is stronger than anything we have seen in a long time. This decision to go after the nation's second Catholic president — especially since such a wide berth was given to former President Donald Trump, despite his many, many positions, policies and personal choices opposed to the Gospel — is the last straw for many.

We are disgusted, sad and angry, too. But here is why we're still keeping "Catholic" in our name.

We understand and don't judge Catholics who need to distance themselves from an institution that has so lost its way.

We are disgusted, sad and angry, too. But here is why we're still keeping "Catholic" in our name. Bishops may be the leaders of our church, but it's not their church. It belongs to God, if it belongs to anyone, and the entire people of God have a claim on it, as the Vatican II document, Lumen Gentium, the Dogmatic Constitution on the Church, teaches.

We're not going to let some hypocritical men, trying to reassert their authority after decades of a scandal of their own making, define who the church is, for us or for the broader culture.

As a statement to the bishops from former Oregon Jesuit provincial Fr. John Whitney, which has gone viral, says, "It is not your table (nor mine). Bishops, priests, etc. are neither the hosts nor the bouncers nor the ones who wrote the guest list."

It is Jesus Christ, Whitney writes, "who invites the guests ('all you who labor'); he is the host of those who come; he is the setter of the table; and he is the feast which is shared ('Take this, all of you ... this is my body, this is my blood'). We are guests at the meal, and sometimes (by his calling) servers."

We couldn't agree more. And we plan to stay and model that kind of church: in parishes, among our friends and family, in the pages of NCR.

Yes, the bishops, as a conference, are stuck in the culture war. And, sadly, yes, this will likely send even more Catholics to the exits — precisely at a time when the church should be welcoming back its flock after the pandemic. And, most tragically, young people will more easily write off the church as intolerant, exclusive and irrelevant, as those who minister to youth and young adults have been saying for years.

The smaller, purer church that former Pope Benedict XVI spoke of seems likely to become a reality. The Eucharist will be offered "for many," not "for all," as our recent translation change of the eucharistic prayer foretold. And maybe not for that many.

Such a church is broken, and dying.

But we believe in resurrection. We embrace hope. And we are Pentecost people who trust the Holy Spirit in our midst. 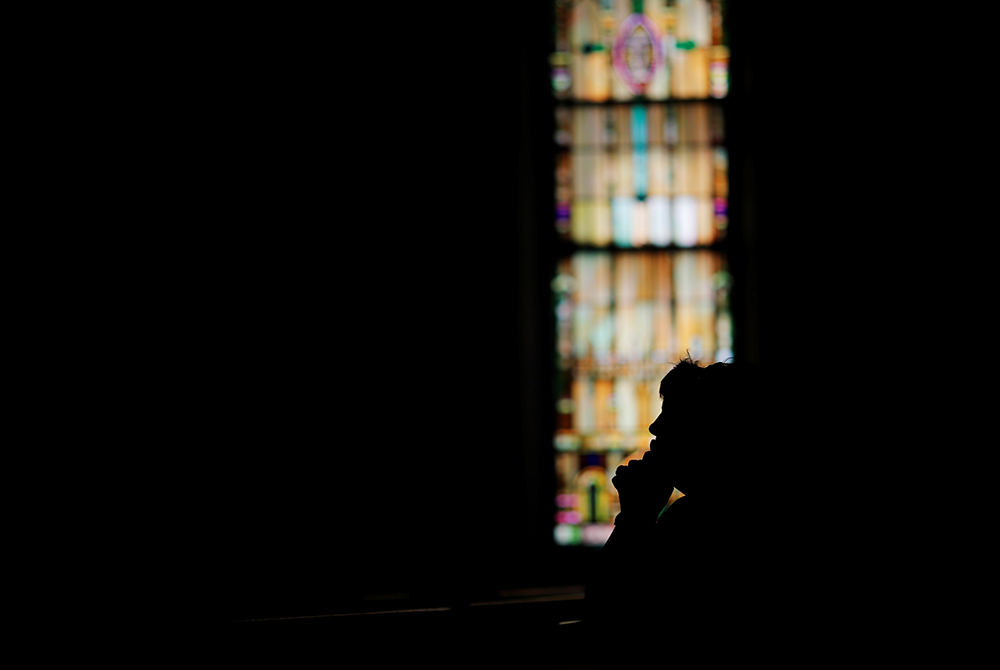 A woman prays inside a Catholic church in this 2017 file photo. (CNS/Reuters/Brian Snyder)

We see the presence of the Holy Spirit in the many letter writers and social media commenters who shared their feelings and struggles, looking for signs of commiseration and hope.

There are even signs of hope in some of our church leaders — in the 60-some bishops who tried to stop their brother bishops from making this disastrous mistake, or the priests who used their homilies to try to do damage control after the vote.

And there is Pope Francis, who just three days after vote, wrote a personal note to Jesuit Fr. James Martin commending and encouraging him in his outreach to LGBT Catholics, specifically emphasizing inclusivity.

"Our Heavenly Father comes close with love to each one of his children, each and everyone. His heart is to open to each and everyone," the pope wrote, adding that "God's 'style' " is one of closeness, compassion and tenderness.

The pope is a pastor, not a culture warrior. For those who want a church that exhibits closeness, compassion and tenderness — not hypocrisy, judgmentalism and exclusion — remember, it's our church, too.

This story appears in the Bishops, Biden and Communion feature series. View the full series.
A version of this story appeared in the July 9-22, 2021 print issue under the headline: Don't put your faith in the bishops' conference.