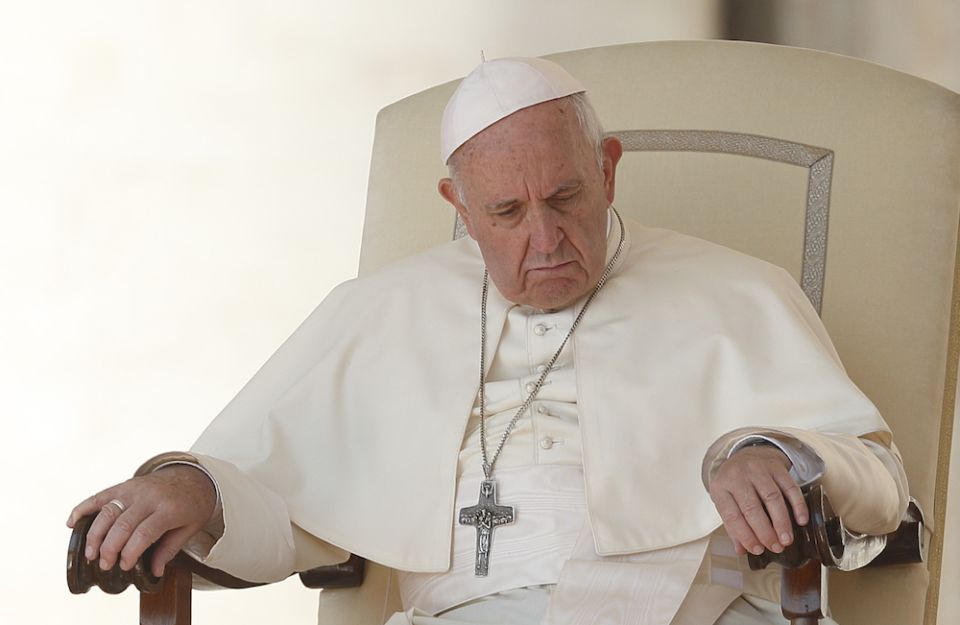 There is a reason that Pepsi never attacked Coca-Cola head-on, or vice-versa. They did not want to "ruin the brand," in the parlance of marketing. They did not want people turning against the concept of soda altogether. So, instead, each company adopted clever ways of situating their project in the consumer's mind, and they even occasionally took an implied swipe at their competitor — e.g. Coke was "the real thing," in one ad campaign, implying Pepsi was not real, or at least nothing better than a copycat.

The Catholic Church is not a soda company. It is not a company at all. But it is hard not to recognize that this summer, conservative critics of Pope Francis became so overwrought that they decided to ruin the brand. As Massimo Faggioli explained in a brilliant essay at Commonweal, in seeking to de-legitimize Francis, they have de-legitimized all popes and more. "[W]hat is really in danger is the bond between the church as a people and ecclesiastical authority — not just particular church officials, but the very idea of ecclesiastical authority."

The fact that this result is ironic — the same crowd attacking Francis has been repeating, albeit often in a misunderstood way, Pope Benedict XVI's warning against the "dictatorship of relativism" for years — is little comfort. And, irony is not the problem here. Hypocrisy is.

Back in 2002, the first public allegation of sexual misconduct was made against Cardinal George Pell, but there had been rumors swirling around him before that. Later, despite his reputation for being tough on the issue due to the relative forcefulness of the "Melbourne Response" to clergy sex abuse that Pell had crafted when serving as archbishop of that city, he was alleged to have covered up clergy sex abuse. He is now back in Australia, and his trial is set to start soon. The facts in the Pell case are not hugely different from the facts in the case of now ex-cardinal Theodore McCarrick, but I do not recall our conservative friends calling for the entire episcopacy to be overthrown back when Pell was the target. And they certainly did not try and direct their fire at Benedict XVI, still less Pope John Paul II.

It is bizarre to watch EWTN interview two of the women who signed a letter calling on Francis to respond to the allegations hurled at him by Archbishop Carlo Maria Viganò. They huffed and puffed about Francis, and the host, Raymond Arroyo, did not stop and say: Of course, it was John Paul II who appointed McCarrick to be bishop of Metuchen, then archbishop of Newark, then archbishop of Washington, and then cardinal-priest of the Church of Rome — not Francis.

Like the dubia cardinals, these women are not acting in good faith. How can I tell? Because they make demands of the pope but ask nothing of Viganò. Why should he not be asked to produce evidence? Why should he not be asked to explain his behavior to McCarrick? They repeat the obvious falsehood that Francis might have promoted McCarrick when it was John Paul II who promoted this predator. The pope is well advised not to engage people who act in bad faith.

Recall the headline at the National Catholic Register when they broke the news about the Viganò dossier: "Ex-nuncio Accuses Pope Francis of Failing to Act on McCarrick's Abuse." Except, Francis is the one who removed McCarrick from ministry and ordered him to a life of prayer and penance while a canonical trial begins. Even if, as Viganò alleged, Benedict imposed some kind of sanctions against McCarrick, neither he nor Viganò let those sanctions get in the way. They continued to treat McCarrick as they would do if they had never heard a whit about his beach house. And John Paul II, so far from punishing him, actually promoted him.

On EWTN's News Nightly program last Wednesday, Rome correspondent Juliet Linley was asked about how bishops around the world were reacting. She noted Cardinal Oswald Gracias, the Archbishop of Bombay and president of the Federation of Asian Bishops' Conferences, had said all the bishops of Asia stood with the pope. Cardinal Rubén Salazar of Bogotá, Colombia, was also cited. He is the president of CELAM, the Latin American Episcopal Council of bishops. But, as if to imply there was any balance, Linley also cited Bishop John Keenan of Paisley, Scotland, as standing up for Viganò and Auxiliary Bishop Athanasius Schneider of Kazakhstan issuing his recipe for reform. Hmmmm. Does that seem like a fair comparison? The presidents of two continent-wide federations of bishops' conferences versus a lone bishop in a tiny diocese in Scotland and the only man I know of who has been an auxiliary in two different dioceses. The real story here is that some 30 U.S. bishops have spoken up on behalf of Viganò, and only a handful have voiced their support for the Holy Father. How many times have I said that the opposition to Francis is overwhelmingly a U.S.-based phenomenon?

One of the things that is so shocking about the opposition to Francis is the degree to which bishops, who have taken an oath of fidelity to Peter and his successors, have trashed Francis. It is easy to dismiss Cardinal Raymond Burke. The man does wear watered silk and lots of it. But the ferocity of his defense of a particular interpretation of certain theological principles, in direct opposition to the teaching of the pope, undercuts one of the foundational theological principles we most associate with John Paul II, Benedict XVI and the entire Communio school of theology: "Being Christian is not the result of an ethical choice or a lofty idea, but the encounter with an event, a person, which gives life a new horizon and a decisive direction," as Benedict explained in his first encyclical, Deus Caritas Est. The simple people who come to St. Peter's Square to see the pope, like those who venerate the shrine of a martyr or a saint, understand this: We Catholics know that the Incarnation requires us to be close to one another, real human being to real human being, marching through history, not abstracting from history into some platonic world of first principles and teleological tautologies.

The degree to which certain parts of the church in the U.S. have become deranged can be seen in this video, which was posted at the National Catholic Register and labeled "Must-Watch." In it, Fr. John Lankeit, the rector of Ss. Simon and Jude Cathedral in Phoenix, discusses how the flock can tell if their priest is a Judas. I agree everyone should watch this tirade of hate and stupidity but not for the same reason the Register thinks so.

The Catholic church is the body of Christ, and that body is bruised and bloodied today. Sexual violence against children and the efforts to cover it up make us all sick at heart. But this is not the first nor the last time the body of Christ has been bruised and bloodied. Unlike some of our Protestant brethren, we Catholics do not have crosses in our sanctuaries or in our processions, but crucifixes. We know that from that bruised and bloodied body of Christ on Calvary flowed the water in which we baptize our children still, and the blood we still drink at every Mass. In the past few weeks, all of us have felt the need to make our own the words of the old hymn, "Nothing in my hand I bring, Simply to Thy cross I cling." In the shared simplicity of that clinging, the church will be reborn, the ideological divisions crossed, the wounds turned to scars. Or not.