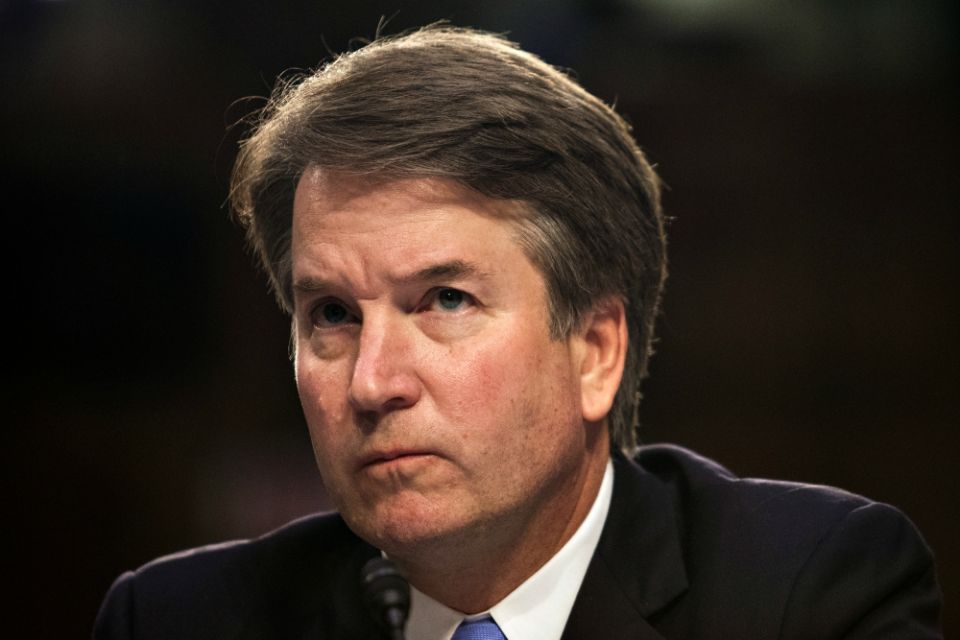 As Brett Kavanaugh, President Donald Trump's pick to fill the vacant Supreme Court seat, is set to testify today in front of a U.S. Senate Committee alongside Christine Blasey Ford, who has accused Kavanaugh of sexual assault in the 1980s, another key player has emerged.

The alleged bro culture and "Animal House" atmosphere attributed to Georgetown Preparatory School, the Jesuit high school in the Maryland suburbs that Kavanaugh graduated from in 1983, has come under a glaring spotlight. The school's yearbooks from that time, complete with encoded messages and cryptic references to women and raucous parties, have come under intense scrutiny.

Since Blasey Ford's allegations were made public, the atmosphere at Georgetown Prep of the 1980s has been depicted as one that catered to entitled young men who drank to excess and bragged about alleged sexual exploits in the school's yearbook.

"What happens at Georgetown Prep stays at Georgetown Prep," Kavanaugh joked at a 2015 event at the Catholic University of America. A slice of jocularity at a friendly gathering among friends? Or an inconvenient truth uttered in a throwaway line?

Kavanaugh's high school friend, Mark Judge, is accused of witnessing the assault alleged by Blasey Ford. Both men say they have been falsely charged.

Judge is the author of two memoirs that depicted life at Georgetown Prep with stories of students devoted to beer, parties and bragging about sexual conquests.

Terrance MacMullan, a philosophy professor at Eastern Washington University and a 1990 Georgetown Prep graduate, told The Washington Post that misogyny permeated the school. Women, he said, "took on this mystical, fetishized, totemic role in our lives, and there was this idea that once they got drunk, they were really available for this. That was one of the psychoses or bad ideas I had about women while I was there."

The atmosphere is attributed to an institution that historically enrolled the sons of Washington's elite and now charges $37,215 in annual tuition (a quarter of students receive financial aid, the school says). That alleged 1980s atmosphere bears little resemblance to today's Georgetown Prep, Jesuit Fr. James Van Dyke, the school's president, wrote in a Sept. 21 letter to "Families and Friends, Students and Alumni."

Without mentioning Kavanaugh by name, Van Dyke defended the school's reputation, writing that it is both academically challenging and deliberately forms a social conscience through community service projects. 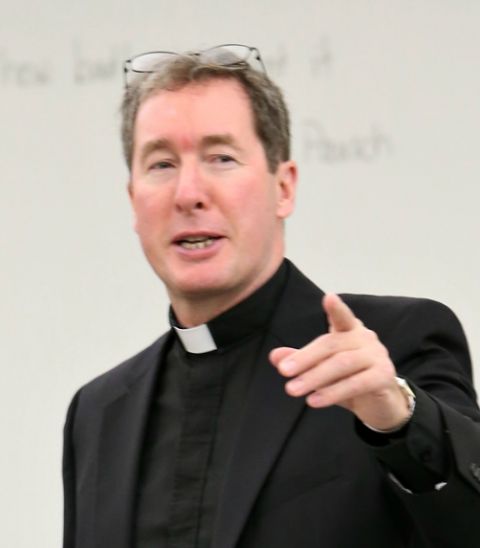 "We see in our students the enormous potential they have to build a better, gentler, more just world," Van Dyke wrote.

He praised Georgetown Prep students who tutor low-income students at Washington Jesuit Academy in D.C., and participate in Special Olympics and in overseas service projects.

Van Dyke wrote that the school is conscious about countering what he described as distorted ideas about the meaning of manhood.

"It is a time to continue our ongoing work with the guys on developing a proper sense of self and a healthy understanding of masculinity, in contrast to many of the cultural models and caricatures that they see," he wrote. "And it is a time to talk with them honestly and even bluntly about what respect for others, especially respect for women and other marginalized people means in very practical terms — in actions and in words."

Georgetown Prep is elite, wrote Van Dyke, but he emphasized it is not entitled.

"One of the most important lessons we strive to live and to teach our students is an ethic of service and compassion and solidarity with those in need," he wrote.

The controversy has resonated beyond Washington, as other Jesuit prep school leaders have responded in recent weeks defending their schools.

Jesuit Fr. Christopher Devron, president of Fordham Prep in the Bronx, New York, wrote in America magazine that his school is not elitist or privileged. It includes boys from immigrant families and focuses on spiritual development.

Some critics, among them graduates of Jesuit prep schools, say the institutions need to do more to counteract sexist attitudes.

John Slattery, a writer on science and theology based in Washington, D.C., is a graduate of Jesuit High School in New Orleans, Georgetown University in Washington, and University of Notre Dame in Indiana, where he earned a doctorate in theology. He told NCR that all-male Jesuit prep schools need to better inculcate values that promote respect for others.

The elite atmosphere of such institutions, he said, can reinforce "that these young men can have their way with the world." The result can be misogyny and racism, he said. Pointing out the good works of students is not enough, he said.

"The only way these [problems] get curbed is if this is acknowledged and faced head-on," he said.

Jesuit all-male prep school education can inculcate positive values. But the framework has its temptations, Slattery said, arguing that the expectation of privilege has to be regularly challenged.

Misogyny, he said, "has to be rooted out from the outset. I would say the same thing for racism." Jesuit schools, he said, should acknowledge the mistakes of decades past and address sexism in classes and outside activities.

Gehring praised the Jesuit mantra of "Men for Others" focused on spirituality and service.

"But the values taught also existed within another context rarely acknowledged but ever present: a culture of entitlement where young men born into privilege walked with the jaunty confidence of those who knew instinctively that society was organized to defer to them," he wrote.

At one football game during his high school years, his Jesuit school lost to a largely African-American high school. The Jesuit school's students responded with a chant, "That's all right, that's okay, you will work for us someday!"

"The shameful chant, spit like an epithet from my fellow classmates in the bleachers one fall afternoon after our football team suffered a bruising defeat ... still echoes in my head decades later," he wrote.

Catholic prep-school culture, Gehring wrote, can be "shaped by a toxic masculinity and sense of entitlement."