Vatican meeting on abuse opens with indictments from victims 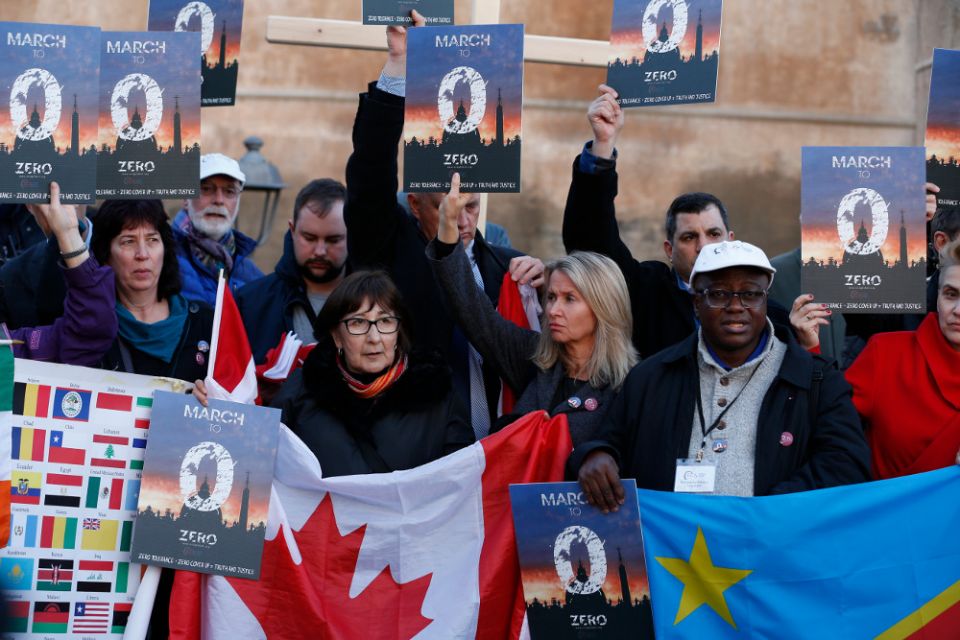 Vatican City — With the opening of the meeting on clergy sex abuse in Rome, Pope Francis' goals for the four-day assembly have become clear: Focus on the victims of abuse, hold bishops accountable for protecting children and win back the trust of the Catholic people.

This agenda is epitomized by three themes: responsibility, accountability and transparency. Each will be the focus of one day of the meeting. On the fourth and last day, the pope will celebrate the Eucharist with those in attendance.

To the meeting, which runs from Feb. 21-24, Francis summoned the most important leaders in the church: the presidents of the 114 bishops' conferences from around the world, the 14 leaders of the Oriental Catholic Churches, 22 superiors of men and women religious, 14 members of the Vatican Curia and 15 additional bishops and cardinals.

The first day of the meeting, on the theme of "responsibility," set the pattern for the next two days.

After the opening prayer, the bishops viewed a video with the testimonies of five survivors of abuse by priests. That the victims were the first to be heard at the meeting was significant. Victims will also be heard during the prayer services ending each day.

One victim from Chile recounted how when he came forward, "the first thing they did was to treat me as a liar, turn their backs and tell me that I, and others, were enemies of the church." Rather, "victims need to be believed, respected, cared for and healed," he said.

A second victim spoke of abuse that started when she was 15 and continued for 13 years. She became pregnant three times and was forced to get an abortion each time. "I was afraid of him, and every time I refused to have sex with him, he would beat me," she said. "And since I was completely dependent on him economically, I suffered all the humiliations he inflicted on me."

The last victim was an Asian nun who spoke of religious superiors who covered up the abuse of nuns rather than defending their sisters. She urged the "bishops to get their act clear, because this is one of the time bombs happening in the church of Asia." 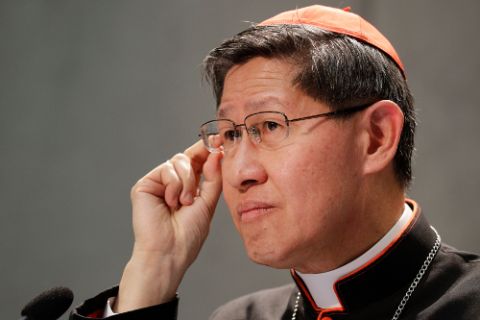 Cardinal Luis Tagle at the Vatican in September 2017. Tagle addressed the meeting in Rome on clergy sex abuse on Feb. 21. (AP/Andrew Medichini)

The video was followed by the opening presentation by Philippine Cardinal Luis Tagle, who spoke sometimes emotionally of the pain suffered by victims of abuse and the responsibility of bishops to help in their healing.

"Our lack of response to the suffering of victims," he told the assembly, "yes, even to the point of rejecting them and covering up the scandal to protect perpetrators and the institution, has injured our people, leaving a deep wound in our relationship with those we are sent to serve.

"Wounds are often inflicted by blindness of ambition and legalism and misuse of power," he said.

"Beholding Jesus wounded by betrayal and abuse of power," he said, "we see the wounds of those hurt by those who should have protected them."

Only by touching the wounds of Jesus did the Apostle Thomas reach faith in the resurrection. Just as the church cannot ignore the suffering of Jesus, neither can it ignore the wounds of the survivors of abuse. "Our people need us to draw close to their wounds and acknowledge our faults if we are to give authentic and credible witness to our faith in the resurrection," Tagle said.

He also spoke of forgiveness, but this came across as premature. It would have been better if he had acknowledged that the church should not demand forgiveness from victims. They can only forgive when they are ready with God's grace. It is better to say "I am sorry" than to say "Forgive me." Asking for forgiveness can lay a guilt trip on the survivor who is not ready to forgive.

The second presentation was by Maltese Archbishop Charles Scicluna, who has been a leading investigator and prosecutor of abuse cases in the church. He focused on the responsibility for processing cases of sexual abuse and for prevention of abuse.

"The faith community under our care should know that we mean business," he said. "They should come to know us as friends of their safety and that of their children and youth. We will engage them with candor and humility. We will protect them at all cost. We will lay down our lives for the flocks entrusted to us."

His presentation of what should be done to investigate and remove bad priests from ministry had nothing new for Americans but was good advice to bishops in the Global South.

The meeting then broke into "working groups" organized by major languages (English, French, Spanish and Italian), which allowed for open and frank discussion of the issues. Bishops attending synods in Rome have always said that these small group discussions are the best part of the meetings because they bring together bishops from different countries and cultures.

In the afternoon, the meeting heard from Colombian Cardinal Rubén Salazar Gómez, who acknowledged that the church is in a moment of crisis and urged the bishops to act decisively despite conflicts and tensions.

"The fact that abuses occur in other institutions and groups can never justify the occurrence of abuses in the church," he said. "There is no possible justification for not denouncing, not unmasking, not courageously and forcefully confronting any abuse that presents itself within our church." 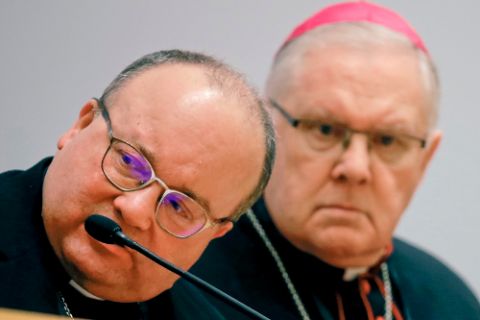 After another hour of small group discussions, they gathered to hear reports from each of the working groups.

This same pattern of three presentations and small group discussions will be followed during the next two days of meetings, although women will take an increasing role in the presentations.

On Feb. 22, the meeting will focus on "accountability," and on Feb. 23, the focus will on transparency, which is important in both the healing of victims and the restoration of trust.

Much of what was said on the first day of the meeting were things that Americans had heard for the last 17 years, since The Boston Globe's expose on sexual abuse. Still, it was good to hear them repeated at the highest level of the church. In addition, the church in many countries is where we were 30 years ago — in denial.

The most important result of this meeting would be to get other bishops, especially in Africa, Asia and Latin America, not to make the same mistakes that U.S. bishops made. They must remove from ministry any priest involved in abuse. Many of these bishops have not heard from many victims yet because in traditional cultures, victims of abuse are reluctant to come forward. Even so, these bishops must take this crisis seriously and deal with it proactively.

It remains to be seen how the meeting will deal with the issues of accountability and transparency, which are still of concern to people in America, but simply putting them on the agenda of this meeting is a significant step forward.

Column | Vatican meeting on abuse opens with indictments from victims