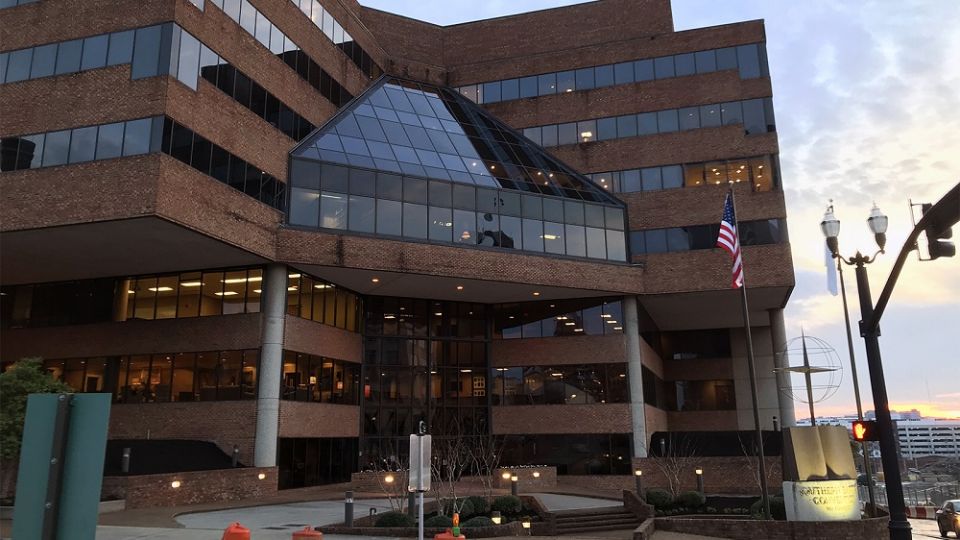 In the seven other cases, the group said no inquiry into the alleged abuse was required.

The working group said the Executive Committee of the Southern Baptist Convention, in general, “should not disrupt the ministries of its churches by launching an inquiry until it has received credible information that the church has knowingly acted wrongfully” in specific ways.

Those ways, that Executive Committee work group announced over the weekend (Feb. 23), include employing a convicted sex offender, permitting such an offender to do volunteer work with minors, employing someone who illegally concealed from law enforcement sex abuse by a church employee or volunteer, and “willfully disregarding compliance with mandatory child abuse reporting laws.”

But the work group took a different tack. It encouraged all Southern Baptists to “avoid publicly calling the names of churches without having documentation of criminal convictions and giving prior notice to the church.”

It added: “No individual possesses the authority to declare a church to be under a Convention inquiry of any kind.”

Greear pushed back with his own statement, saying Tuesday that churches should be willing to show they are above reproach and that a public approach to abuse allegations is appropriate in light of public media accusations. He added that victims and authorities need to be included in discussions when a church has been challenged about its handling of abuse.

"If mistakes were made by Southern Baptist churches in the past, they should be humbly and transparently addressed," Greear said, "and these churches should assure the Convention that their current policies are not only up to date, but have been implemented in ways that ensure the maximum safety of all who attend."

The work group said it requested and received from Greear a “dossier” that contained information about the churches he had named and it spent two days deliberating how to respond to the material.

“The Executive Committee is recommending to the Convention's messengers this June an amendment to the Convention's Constitution affirming that the Convention does not, and will not, cooperate with a church that clearly evidences indifference to addressing the crime of sexual abuse, a crime virtually all Southern Baptists and all Christians believe to be monumentally destructive and worthy of the harshest punishment,” it stated.

Using the test of “evidencing indifference” and the four ways the working group has denoted a church has acted improperly regarding abuse claims, the group reviewed Greear’s recommended list of churches.

Greear cited the 10 congregations a week after the Houston Chronicle and the San Antonio Express-News published a joint investigation of sexual misconduct allegations against about 380 current and former Southern Baptist ministers and volunteers.

The work group determined that six on Greear’s list require “no further inquiry,” three should be investigated and one is not a Southern Baptist congregation, and thus falls outside its purview.

One of the congregations noted by Greear, First Baptist Church of Bedford, Texas, was reported in a Houston Chronicle story as a place where a youth minister who had been charged with sodomy and rape involving a teen was permitted to volunteer as a music minister even though his arrest record was known.

The work group noted in its announcement that the church has published a statement from its current pastor saying staff at the church at the time who were responsible for allowing that man to serve were removed. The work group also said the church said it revised its procedures to help prevent such a hire from occurring again.

“We believe no further inquiry is warranted based on that information,” the work group said. “We further believe this church appears to be an example of a church, affected by the actions of a few individuals, that has taken decisive steps as a congregation.”

David Pittman, one of the abuse survivors quoted in the Houston Chronicle, said his alleged abuser was a youth minister who first molested him at age 12. The newspaper reported that the minister continues to work at an Southern Baptist Convention church. In a 2012 blog post, Pittman named Trinity Baptist Church in Ashburn, Ga., as a church where his alleged abuser had had a staff role. He also said his alleged abuser had roles at other Baptist churches. No criminal investigation was conducted into Pittman's allegations since the statute of limitations had expired, he said.

Still, the work group said no inquiry of Trinity Baptist was needed. Church officials did not immediately respond to requests from Religion News Service for an interview. In an hourlong Facebook video of the church's worship service on Sunday, its pastor, Rodney Brown, made no mention of whether an alleged abuser still was involved with his church.

But Baptist Press, the Southern Baptist Convention’s news service, reported that Brown told it that his church’s music minister confessed several years ago to molesting a “young teen” decades before. Brown said he fired him immediately and the man repented and continued to attend the church but is not permitted to be alone with children.

“Church leaders came back to me and said, ‘Rodney, the man says he’s repented. We’re not his judge. We’ve not seen anything to indicate any of this at our church,’ ” Brown said, according to Baptist Press. He said the church reinstated the man as its music minister and he remains in the position.

In the video, Brown strongly defended his church and himself, saying, "Your pastor has never overlooked proven abuse in this church."

He asked Greear to publicly apologize to his church and the others "cleared for no further inquiry" by the work group.

"Trinity has been doing background checks for our workers that deal with minors since 2008 but we are going to strengthen the policies pertaining to our minors and now make it mandatory that a clean background check be required," he said.

"I have already as pastor reported an incident that happened outside the church and the gentleman is now doing 20 years in, with 20 years' probation coming up," Brown added. "Our children are precious to me and their protection is vital to the church."

The working group said it would send letters of inquiry to three churches: Bolivar Baptist Church in Sanger, Texas; Cathedral of Faith in Houston; and Sovereign Grace Church in Louisville, Ky.

Russell Moore, president of the Southern Baptist Convention Ethics and Religious Liberty Commission that is working with Greear to determine how the convention can address sex abuse, said Monday that he stood by the convention's president.

"I stand squarely behind J. D. Greear and the Advisory Group to do whatever it takes to battle this satanic scourge of the sexual abuse of children and other vulnerable people. I was not present for this bylaws workgroup meeting," Moore said in a statement. "I know this, though, the ultimate arbiter of our common witness and our mission together is that of the churches themselves. I sense that there is a great urgency among the churches to deal with these questions definitively, for the sake of vulnerable people and for the sake of the holiness of the name of Christ." 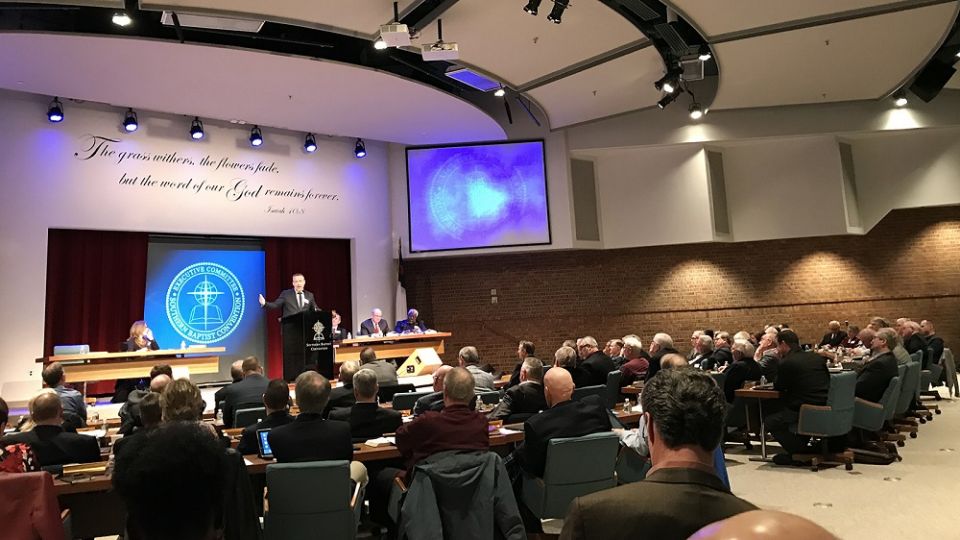 Moore added that the messengers, or delegates, to the convention's annual meeting will hear from the group that has advised Greear when they gather in June.

"This group has labored with gravity and expertise for months, and I'm confident Southern Baptists will respond with clarity and action," Moore added.

Advocates for survivors of abuse, including one who has served on Greear’s sex abuse study group, criticized the determination by the Executive Committee work group.

“JD Greear and some leaders have been seeking expert/survivor help and moving forward with firm first steps to change,” tweeted Rachael Denhollander, a study group team member who testified against USA Gymnastics doctor Larry Nassar, a convicted serial child molester. “The EC has undermined and destroyed that effort. I hope these mistakes are due to lack of learning and that they will withdraw, seek help and remedy these errors.”

A spokeswoman for the “Such a Time As This Rally,” which has advocated for greater awareness in the denomination of sexual abuse, said the work group’s findings show the need for non-Southern Baptists to investigate questionable churches.

“The culture of abuse and cover-up runs deep in the SBC and for the Executive Committee to so cavalierly discount the serious allegations of abuse is both devastating and reckless but not surprising,” said Ashley Easter. “The 10 churches listed (and let's be honest, many more SBC churches) require a thorough independent investigation by a credible group outside of the SBC so no bias gets in the way.”

In making the announcement, work group chair Ken Alford said the Executive Committee remains committed to act on behalf of individuals and churches affected by abuse.

"We understand it is difficult, if not impossible, to issue a report on sexual abuse that will be met with satisfaction by everyone," Alford, chairman of the bylaws work group, said in a message to the Executive Committee. "That is the reality of addressing an issue which has brought such pain, tragedy, and hurt.”