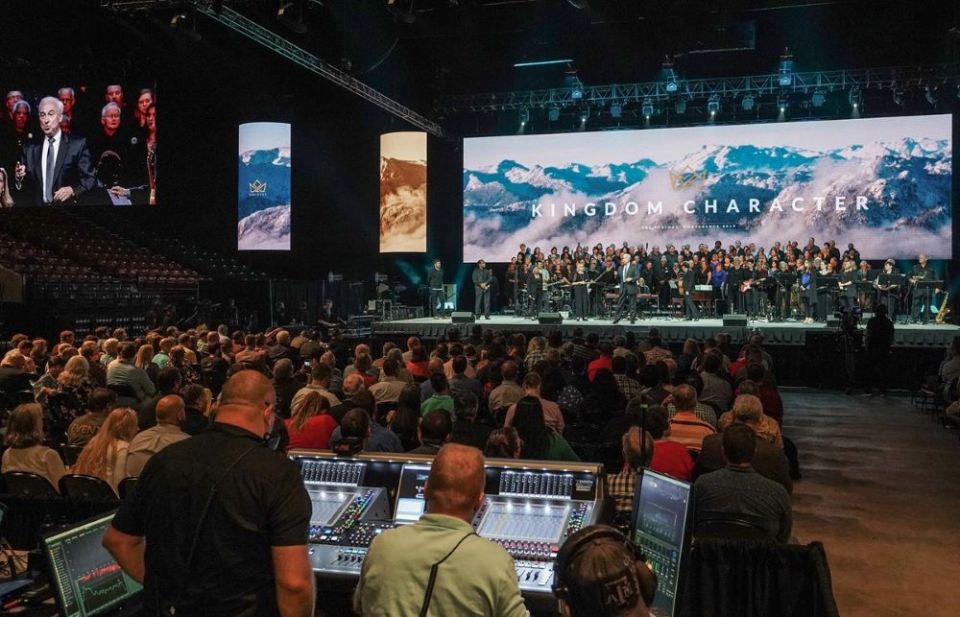 Southern Baptist pastors gather in June 2019 in Birmingham, Alabama, during a conference ahead of the denomination's annual meeting, which drew more than 8,000 delegates. A report released May 22 said that leaders of the Southern Baptist Convention, America's largest Protestant denomination, stonewalled and denigrated survivors of clergy sex abuse over almost two decades while seeking to protect their own reputations. (CNS photo/Courtesy of Baptist Press/Matt Miller)

The report on sexual abuse by ministers of the Southern Baptist Convention, or SBC, and the failure of the denomination's leaders to respond with Christlike concern for the victims, makes comparison with the travails of the Catholic Church all too easy to draw.

"Our investigation revealed that, for many years, a few senior [Executive Committee] leaders, along with outside counsel, largely controlled the EC's response to these reports of abuse... and were singularly focused on avoiding liability for the SBC," the report stated.

"In service of this goal, survivors and others who reported abuse were ignored, disbelieved, or met with the constant refrain that the SBC could take no action due to its polity regarding church autonomy — even if it meant that convicted molesters continued in ministry with no notice or warning to their current church or congregation," it said.

Sound familiar? For years, reporters here at NCR and other outlets have detailed similar stonewalling by officials in the Catholic Church.

Top of the list is Fr. Paul Sullins, a former sociology professor at Catholic University and now a researcher at the Ruth Institute. He looked at the link between sexual abuse and homosexuality among the clergy and published a 2018 report that suggested a causal relationship. "In the 1950s, about 3% of priests were of a homosexual orientation, by their own reports. By the 1980s, that had risen to over 16%," Sullins told the National Catholic Register at the time.

Sullins told a press conference when he released his report that increases in the number of abuse cases, both in the past and at that time, are "a product, at least in part, of the past surge and present concentration of homosexual men in the Catholic priesthood."

Most of the sexual abuse in the SBC report was perpetrated against women by male clergy. The idea that the purported homosexuality of the Catholic clergy was somehow related to the incidence of sexual abuse in any kind of causal fashion, rightly viewed with skepticism when Sullins issued his report, is now exposed as not only false but foolish.

Another false and foolish theory is that the sexual abuse crisis in the Catholic Church never would have happened if we did not force our clergy to abide by the rule of celibacy. The Australian Royal Commission that looked into cases of clergy sexual abuse there concluded that clerical celibacy was a contributing factor and recommended that it be made voluntary. Most of the abusers detailed in the SBC report were married ministers.

The Sauve report in France called for the Catholic Church to decree that the seal of confession no longer would extend to the sin of sexual abuse. But, why not allow murder to be under the seal? Or some other grave sins? In the event, the Baptist church does not have the sacrament, or in their terms, ordinance, of confession.

I am not as shocked as some by the fact that the hierarchies of both Catholic and Baptist churches, ours explicit and canonical, theirs implicit and functional, cared more about protecting the reputation of the organization than attending to the needs of the victims. The same thing happens in families: People historically rally around the accused, not the abused. And all of us are quick to overlook and forgive our own failings, even while we demand purity of intention and action from others. 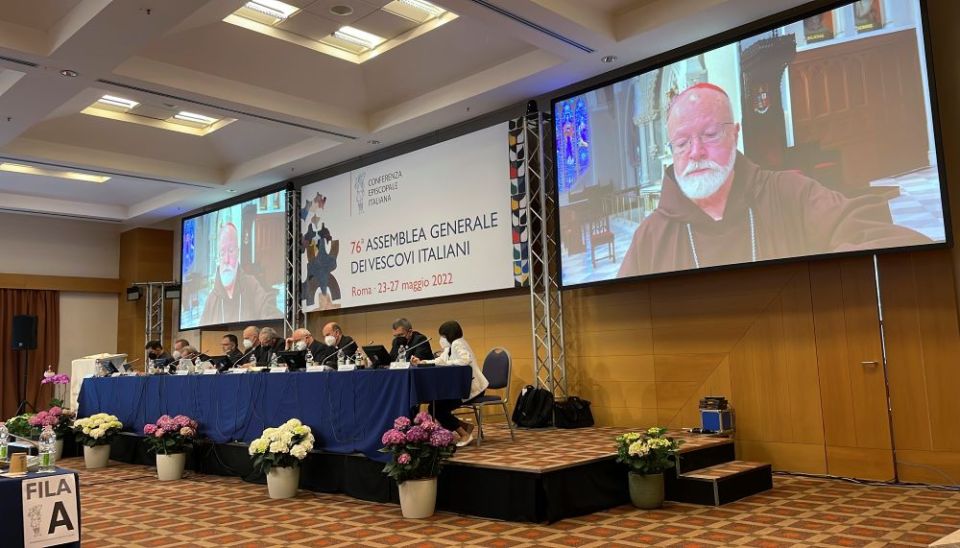 Members of the Italian bishops' conference listen to a video message from Boston Cardinal Seán P. O'Malley, president of the Pontifical Commission for the Protection of Minors, during their spring meeting in Rome May 25. O'Malley encouraged the bishops "to undertake a constructive process of review, of reform and of reconciliation" in view of calls for a national study on clerical sexual abuse. (CNS/Courtesy of Pontifical Commission for the Protection of Minors)

No, the most worrisome point of convergence between the SBC report and the many reports about clergy sexual abuse in the Catholic Church is the fact that any minister of religion, any custodian of the Holiest of Holies, is inordinately powerful in relation to a parishioner, especially with a young or needy or otherwise vulnerable supplicant. They come seeking healing and holiness. That quest demands acute vulnerability. A minister who is not thoroughly rooted in good spiritual soil will be able to exploit those situations for any manner of evil ends, but sexual ends are always going to be among the most common. There is a reason lust is considered one of the seven deadly sins.

St. Paul warned about the danger of lust and, to our modern ears, some of his concerns seem anachronistic, the attitudes proper to his time and place perhaps, but no longer binding on we moderns. After all, we have the insights of modern psychology to help us order our lives and our societies. Perhaps it is time to revisit Paul, take account of the sociohistorical circumstances in which he wrote, but recognize as he did that sex can easily become a powerful competitor for attention we should reserve for the divine. Perhaps it is time to recognize that, left to our own devices, we humans are not self-evidently good at finding happiness. Perhaps we should reflect more on the foundational Christian insight that happiness is discovered and discerned, not manufactured. We call it grace. Perhaps.

Sexual abuse is pervasive, far more pervasive than we realized 50 years ago. The abuse of minors may be especially hideous, but almost all sexual abuse involves an abuse of power that is horrific in all circumstances. The Catholic Church has taken steps to change our ecclesial culture to make it intolerant of abuse and of the cover-up of such abuse. I hope our Baptist friends will have long talks with Boston Cardinal Sean O'Malley and others who have led the effort in the Catholic Church to change the culture so that it protects the abused, not the accused, and better prevents abuse in the first place.

More effort will be needed, in our church and in others. Vigilance is difficult to maintain. Old cultural habits die hard. The SBC report is a large step in the right direction, bringing the moral rot into the light. Nothing good happens unless this first step is taken, but it is still only a first step.