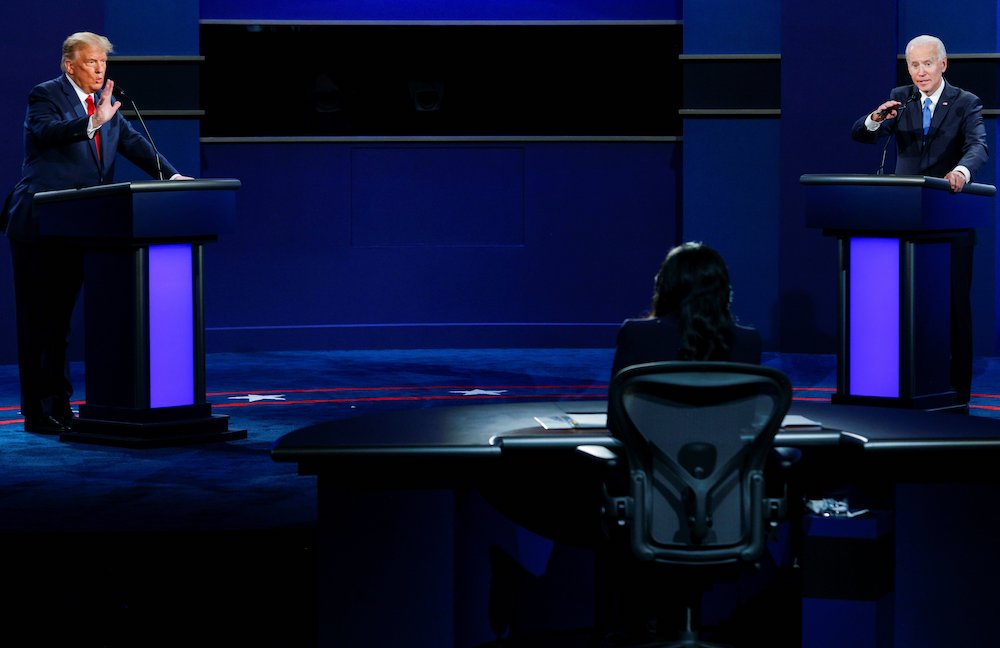 Democratic presidential nominee Joe Biden quoted from Pope Francis' new encyclical Fratelli Tutti on the campaign trail Tuesday, and within moments of reciting the pope's words, Donald Trump's reelection campaign had taken the pope's words out of context in an attempt to use them against the former vice president.

"At times, in thinking of the future, we do well to ask ourselves, 'Why I am doing this?,' 'What is my real aim?,' " writes Francis in his encyclical, which was released Oct. 3, in discussing the questions politicians need to ask themselves when assessing their motives.

Biden repeated those questions while speaking in Warm Springs, Georgia, on Oct. 27, saying "Pope Francis has asked questions that anyone who seeks to lead this great nation should answer."

In a tweet minutes after the former vice president delivered his remarks, the "Trump War Room" social media account, managed by the campaign, clipped only those questions — 'Why am I doing this?,' 'What is my real aim?,' — from Biden's remarks quickly turning it into a meme.

Biden said his answer to the pope's questions are: "To unite this nation. To heal this nation."

He went on to quote extensively from the pope's recent letter, saying the encyclical warns against "phony populism that appeals to the 'basest and most selfish' instincts."

" 'Politics is something more noble than posturing, marketing and media spin. These sow nothing but division, conflict and a bleak cynicism,' " said Biden, again quoting the pontiff.

"The Bible tells us that there is a time to break down, and a time to build up. And a time to heal. This is that time," said Biden in concluding his remarks. "God and history have called us to this moment and to this mission."

Both campaigns have appealed to people of faith, and specifically Catholics, during the home stretch of the 2020 presidential campaign. At the virtual Al Smith dinner benefiting Catholic charities earlier this month, Trump said, "We love the Catholic people. We love the Catholic religion. And above all, we respect it greatly."

Biden recalled being consoled by Francis after the loss of his son from brain cancer in 2015, telling attendees at the dinner: "I know, for me, my Catholic faith has helped me through the darkness as I've had to bury pieces of my soul deep in the Earth, and eventually found purpose to live a life worthy of those I lost."

Biden, a practicing Catholic, has frequently cited his faith on the campaign trail and has quoted both Francis and Pope John John Paul II at recent events.