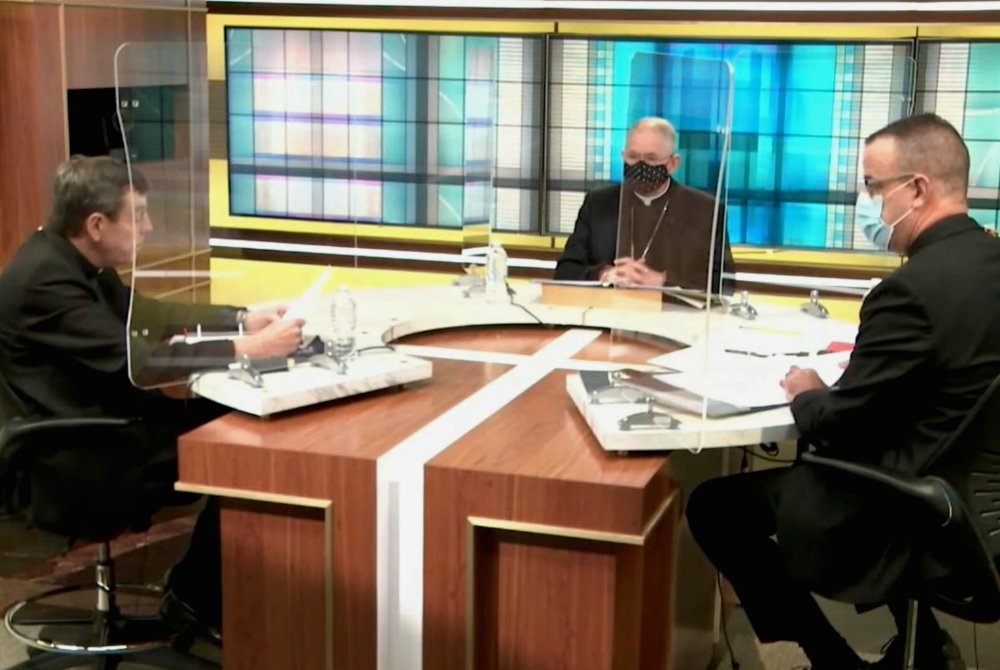 For more than two years — and over the course of three semiannual meetings — the U.S. Catholic bishops awaited the Vatican’s release of its report on former Cardinal Theodore McCarrick, who in 2019 was removed from the priesthood by Pope Francis after revelations of his serial abuse of minors and seminarians.

On Nov. 10, the Vatican released its findings, and as the U.S. bishops kicked off their virtual meeting on Nov. 16, discussions of the McCarrick report took center stage — if only for 45 minutes.

More than a dozen U.S. bishops spoke during the open session about the report, raising questions that included concerns about the process for selecting bishops, unanswered questions about McCarrick’s finances, the psychological and sexual health of priests and bishops, and both the progress and remaining challenges of transparency and accountability.

The bishops’ earlier private discussion of the report in executive session lasted 90 minutes, but the public comments were just under half of that time. During his first-ever presidential address to the conference, Los Angeles Archbishop José Gomez said that in light of the report, “we again want to express our deep sorrow and pray that [abuse victims] might find healing and hope.”

“Let us also renew our commitment today to protecting children and vulnerable adults and to eliminating this scourge of abuse from the church,” he said.

During the general discussions, Bishop Thomas Paprocki of Springfield, Illinois, pushed back against the report’s findings that it was Pope John Paul II who had continually advanced McCarrick’s career and ignored advisers on both sides of the Atlantic who cautioned against promoting McCarrick. Despite the report offering a clear paper trail of the late pope’s decision-making, Paprocki rejected the idea that John Paul was “somehow culpable for all of this.”

He said the executive summary of the report “ignored some critical facts” and said that it was reasonable for the pope to rely on the counsel of his advisers who believed McCarrick’s denials.

Over the last week, many Catholic observers have raised questions as to whether John Paul II’s rush to sainthood was prudent, and in a Nov. 13 editorial, NCR said that for the sake of abuse victims, no more schools or churches should be named after him.

Bishop William Wack of Pensacola–Tallahassee, Florida, said that upon reading the report, he has reflected on the autonomy of bishops and the challenges that presents.

“We are really beholden to no one,” he said, adding: “We must correct a brother when we see him doing something that might be wrong.” 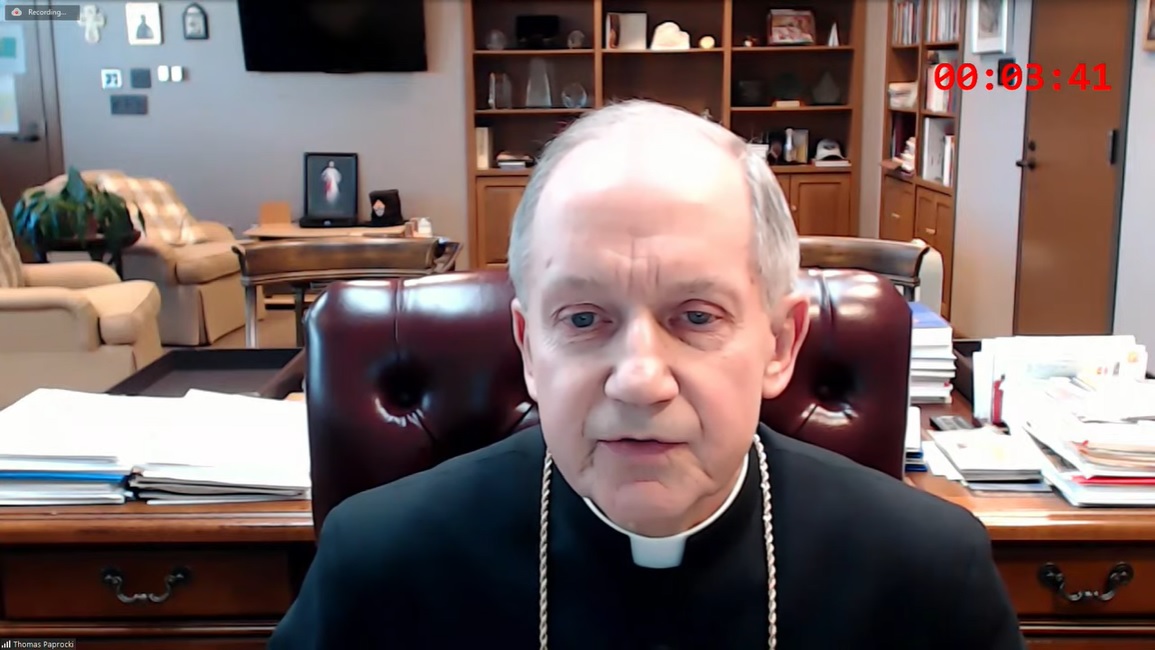 Bishop Thomas Paprocki of Springfield, Illinois, speaks during the bishops' virtual meeting. Paprocki pushed back against the report’s findings that put much of the blame for McCarrick's promotion to Washington on Pope John Paul II. (NCR screenshot)

Bishop Michael Olson of Fort Worth, Texas, said that there are ongoing questions about McCarrick’s financial contributions and that the “organizations and clerics should be named” if they accepted contributions from the former cardinal.

Bishop Shawn McKnight of Jefferson City, Missouri, recommended more lay involvement both to support and hold bishops accountable, and Archbishop Bernard Hebda of St. Paul-Minneapolis said that while the church has talked openly about the abuse of minors in recent years, that the abuse of vulnerable adults in the church “don’t get that same attention.”

The McCarrick report, he said, “allows us the moment to speak of it.”

Chicago Cardinal Blase Cupich said that in laying bare four decades of institutional decision-making, including its failures, the report represents a “watershed moment” for the church.

He suggested that the bishops “go on record as a conference” commending Pope Francis for its release, while also calling out the nearly two dozen U.S. bishops who sided with the former Vatican ambassador to the U.S., Archbishop Carlo Maria Viganò, who has accused Francis of shielding McCarrick from discipline and called for the pope’s resignation.

“We have to make sure that we never again have a situation where anyone from our conference is taking sides ... with those calling for his resignation,” said Cupich. “That kind of thing really has to cease.” 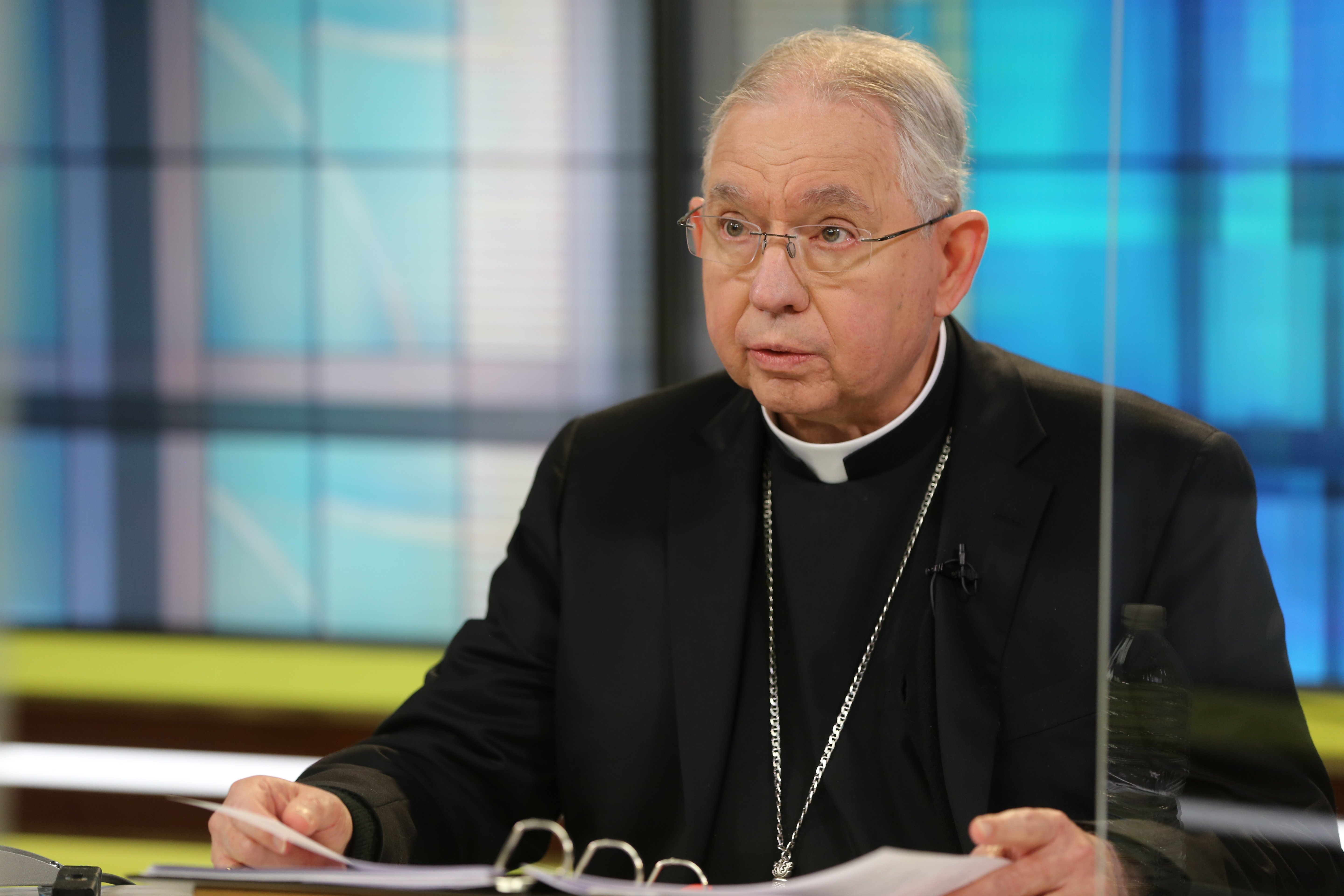 At a press conference following Monday’s conference, Gomez said that Cupich’s suggestion of a statement of gratitude and support on behalf of the conference to Francis was a good idea.

“Sometimes it’s difficult to understand why people are making comments,” said Gomez of the bishops who supported Viganò, but he declined to say whether they would face any sort of correction.

“It would be difficult two years after the fact to go back,” added Archbishop Timothy Broglio of the Military Services. “It’s not the role of the conference to hand-slap different bishops for comments they might have made.”

“In these situations when we don’t have all of the knowledge,” he said, “it would be wise just to comment on things just a little bit less.”

This story appears in the USCCB Fall Assembly 2020 feature series. View the full series.
A version of this story appeared in the Nov 27-Dec 10, 2020 print issue under the headline: U.S. bishops discuss Joe Biden, Theodore McCarrick at annual meeting.