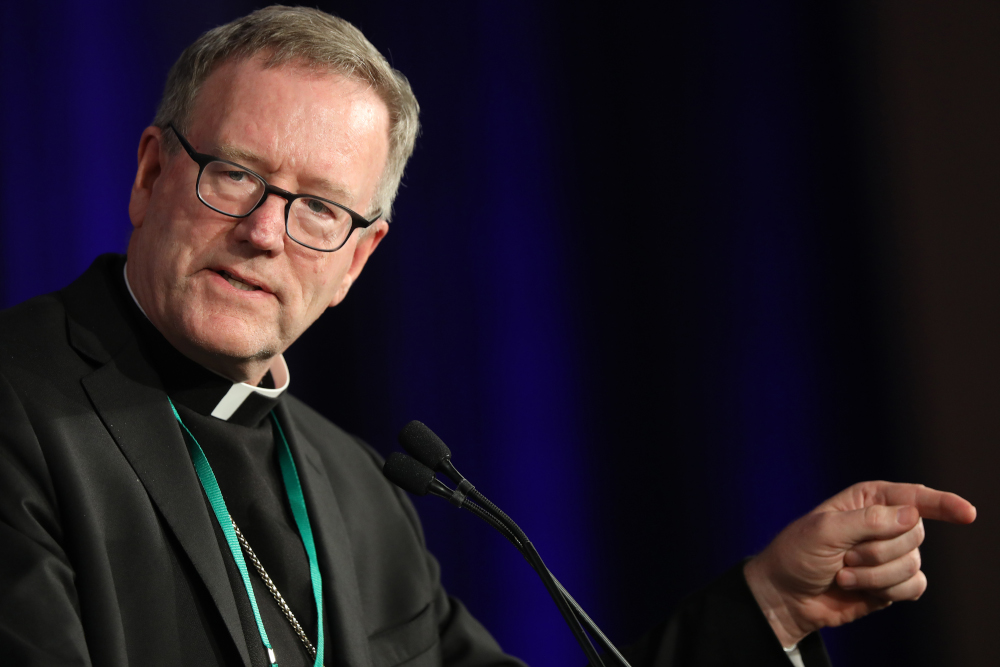 The U.S. bishops voted June 13 to revise what the U.S. church teaches its adult members about the death penalty in a passage on the issue in the U.S. Catechism for Adults.

The full body of bishops approved the revised passage by a vote of 194 to 8 with three abstentions. It now will need the approval, or "recognitio," of the Vatican.

The passage was the work of the bishops' Committee on Evangelization and Catechesis, chaired by Auxiliary Bishop Robert Barron of Los Angeles. On the first day of the bishops' spring assembly in Baltimore, Barron said June 11 that wording emphasizes the dignity of all people and the misapplication of capital punishment. Discussion of the was not meant to be a debate on the death penalty overall, he added.

The material given to bishops about the additional passage points out that last year, the Congregation for the Doctrine of the Faith released the pope's revision to the teaching on the death penalty in the universal Catechism of the Catholic Church.

In response to that action, the bishops' Committee on Evangelization and Catechesis made plans to replace its current text in the U.S. adult catechesis with a revised statement. The goal is to "keep our treatment of the death penalty in the U.S. Catechism for Adults in alignment with the revised universal catechism," Barron said.

He noted it quotes extensively from Pope Francis' addition. Key features of it similarly emphasize "the irreducible dignity of all people, even those accused of terrible crimes" as well as the practical non-necessity of capital punishment due to developments within civil society and the danger of the "gross misapplication of this penalty."

Barron reiterated that the bishops were not debating the change to the universal catechism itself or even the overall issue of capital punishment, but simply deciding if the added revision to the adult catechism adequately reflects recent catechism revisions.

He said the passage provides context and justification for the development of this teaching on the death penalty that highlights the dignity of the human person. It also emphasizes the continuity of Catholic teaching on this topic by citing St. John Paul II's encyclical, "The Gospel of Life," and previous statements of U.S. bishops.

Last year, the pope ordered a revision of the Catechism of the Catholic Church to reflect that "the death penalty is inadmissible because it is an attack on the inviolability and dignity of the person" and that the church is committed to working toward the abolition of capital punishment worldwide.

The catechism's paragraph on capital punishment already had been updated by St. John Paul II in 1997 to strengthen its skepticism about the need to use the death penalty in the modern world and, particularly, to affirm the importance of protecting all human life.

The U.S. bishops' passage about the death penalty states that "today it is no longer just nor reasonable to apply the death penalty," stressing that it is not needed to protect society and its application is "inequitable and flawed."

The new passage also says the death penalty does not promote a culture of life and, quoting the universal catechism, adds that it is "inadmissible because it is an attack on the inviolability and dignity of the person" and the church will work "with determination for its abolition worldwide."