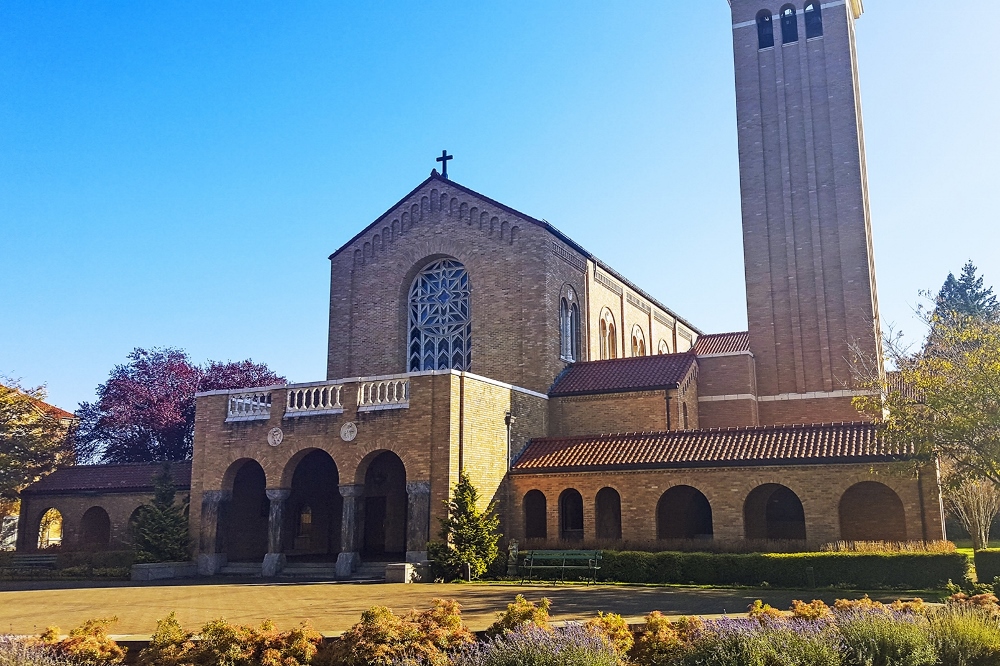 Editor's note: This is the third part of a series focusing on seminaries in the United States. Every priest, including those accused of sexual abuse or those who disagree with Pope Francis, attended seminary. How are priests being formed? Who is teaching them? How are seminaries adapting to the new wave of abuse crises and condemnation of clericalism from the papacy? NCR will attempt to answer these questions and more.

Has the onslaught of church sex abuse and authority exploitation disclosures of recent months given men who are actively discerning priestly vocations pause to step back, hold the church in contempt, even walk away?

Apparently not at Mount Angel Seminary in Oregon, according to students, faculty and staff there. 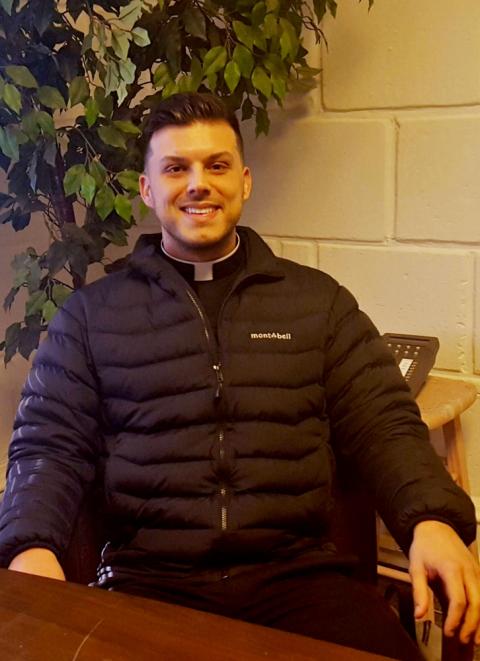 If anything, the crisis seems to have galvanized the resolve of many priesthood-seekers at the West Coast's largest seminary to serve the church rather than stiff-arm it.

"I have noticed no decrease in zealousness for the priesthood" on campus, Anthony Rosas, a seminarian of the Diocese of Orange, California, told NCR. "Of course, we talk about it. You have to call a spade a spade. This has been awful."

A convert, Rosas said his parents naturally wanted to know about the sex abuse crisis but they remain supportive of his vocation. After visiting with friends and priests of his home diocese as well as reflecting "on the need for strong, holy priests," Rosas said he is more resolved than ever to reach ordination.

Benedictine Br. Israel Sanchez, a theology student, pointed out that he was 6 when The Boston Globe exposed decades of hidden clerical abuse in the Boston Archdiocese, a prime catalyst for the U.S. bishops' 2002 assembly in Dallas to address the crisis. 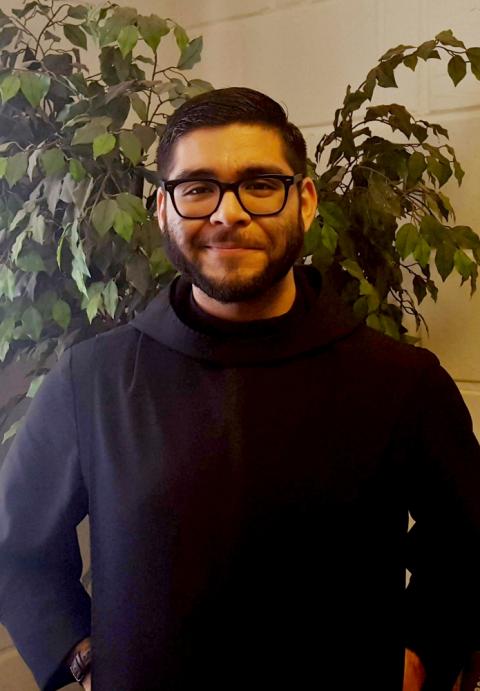 While Mount Angel seminarians' ages range from 18 to 60, the majority are 24-35 like Sanchez. "I have been conscious of the scandal all of my life," he pointed out.

"It has always been part of my participation in the church, the reality of what some priests have done," he explained, thus providing a kind of contextual safety net from the firehose of negative stories.

Dominic Sternhagen, a Salt Lake City Diocese seminarian, also shares concern over the church scandals but not rejection of the church.

"It's not an easy time, even though we know in theory that the church is human," admits Sternhagen, noting both "trepidation" and "consternation."

The negative news, however, has had a small silver lining. "It has made things a little more real for me" as he approaches spring ordination as a transitional deacon.

"It's kind of good to go into that with realistic expectations," said Sternhagen, 33. "It's no cakewalk, and we are dealing with a whole lot of human frailty. We should never assume that we, that anyone, is beyond question. We should be realistic with everyone, ourselves, too."

The horrific actions of some priests serve as a reminder for all Catholics, notably seminarians, he said, to remain vigilant against "sort of starting to just coast." 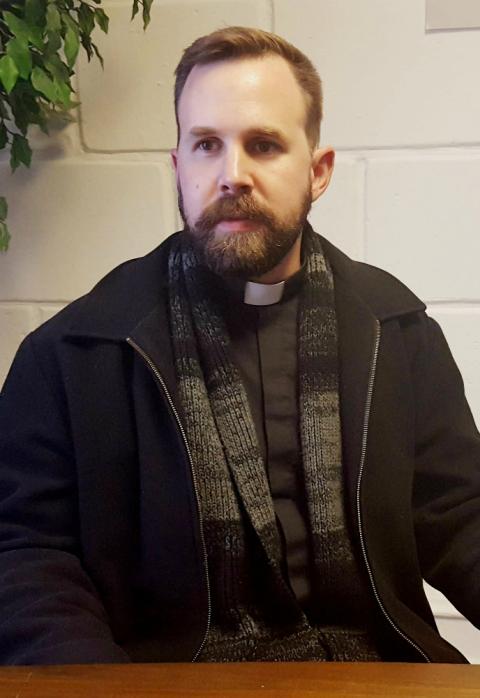 A priest mentor warned Sternhagen that a slippery slope develops when someone "accepts mediocrity."

"How many of us think about that?" he asked. "The beginning of these problems is mediocrity, when we don't really care anymore, and we just punch the clock, and we are not there to serve the people of God.

"I think we have to be very aware of the reality of sin in the church and how am I going to be part of the solution. How am I going to pray to make reparation, to apologize, to reach out to people who have been hurt?"

"It's easy to shift blame," observed Sternhagen. "You know: 'It's not me, it's those seminaries that they put them in' or 'It's the bishops.' ... If I am letting myself off the hook, then there is a problem right there. I am part of this. I am connected to all these people. It's easy to make some people into scapegoats. ... Every nook and cranny of the church has room for conversion."

Sternhagen shared frustration at what he described as the "drip, drip, drip" of abuse revelations and responses. 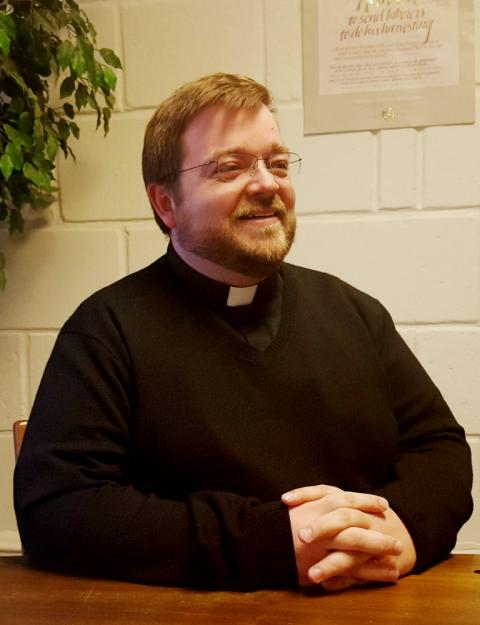 Young people in particular, he said, "don't care for gimmicks or things like that. They just want the honest truth and they want transparency. That's what the church owes" its members.

Similarly to others interviewed, Marshall said, "I have not heard anybody say, 'Well, because of this, I don't want to be a priest.' Of course, it hurts deeply in a very real way, especially because brother clergy have done this."

"If anything," he said, "it has encouraged us to step forward and investigate" the depth and health of vocational callings.

"When someone says, 'The system must be broken,' I have to respond that my own experience at Mount Angel has been so positive. No system is perfect, but they are doing a very good job up here," said the 33-year-old convert, who hopes for priestly ordination this summer for the Sacramento Diocese.

"We are not part of the problem. And we want to be part of the solution," said Marshall, echoing an expression often used by Abbot Jeremy Driscoll, Mount Angel's chancellor and head of the Benedictine community there. 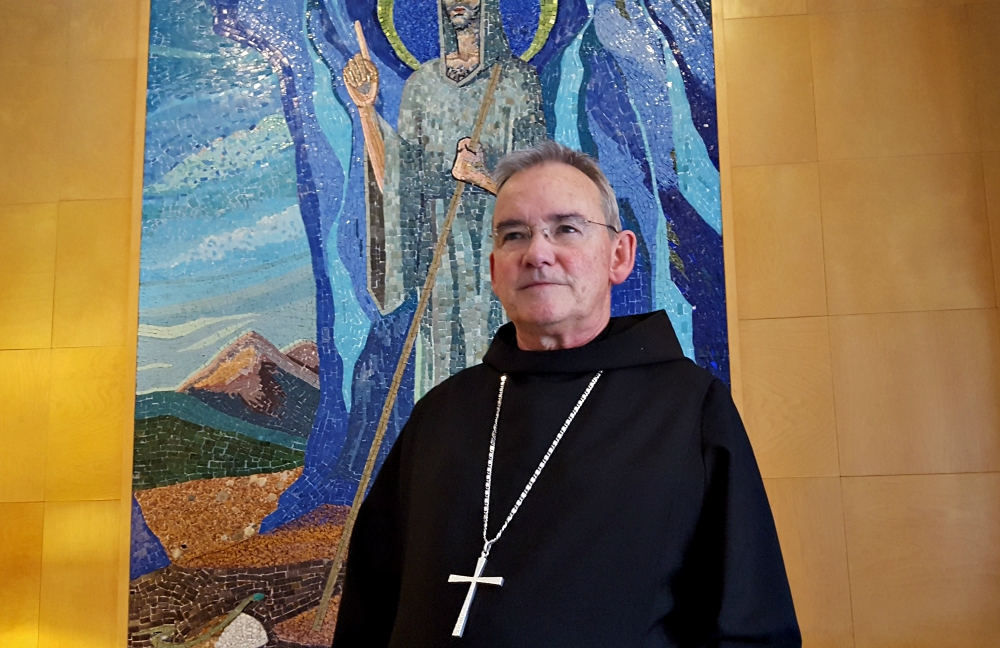 In a letter to NCR, Driscoll said he admires the seminarians' "courage to remain in the seminary at this time with their desire to serve God's people that is still strong in them."

"Even if Catholics can feel deeply shaken ... betrayed and disappointed, many likewise have that deep Catholic instinct that our life and faith and the effectiveness of the sacraments is not ultimately determined by the moral uprightness or lack thereof of particular bishops and priests," wrote Driscoll.

A primary concern, he stated, has been "the impact of those [abuse] stories on my own monastic and seminary communities and on the many people who look to Mount Angel for hope and guidance."

If the latter includes the seminary's benefactors, tangible support for Mount Angel remains strong, if measured by the school's primary annual fundraiser. Most recently held Nov. 4, 2018, the Seminary Benefit Dinner drew its largest crowd, nearly 1,300, and raised more than $1 million in gifts and pledges, comparable to the past three years.

"We had expected to be down some amount due to the abuse crisis, which was still strong in the media in early November, but the numbers are so close that it would be difficult to calculate the exact impact of the crisis," according to Theresa Myers, Mount Angel communications manager.

In addition to 123 seminarians from five religious communities* and 19 dioceses, 47 others are enrolled at the school, including seven women.

Conjoined with the Mount Angel Benedictine Abbey and a retreat center on 46 picturesque hilltop acres, Mount Angel Seminary includes a college of liberal arts, a school of theology, and Doctor of Ministry program.

Founded in 1889 by the Mount Angel Benedictine community, the seminary is owned and operated by the abbey. As such, its abbot normally serves as the school's chancellor. A diocesan priest typically functions as president-rector, currently Msgr. Joseph Betschart of the Portland Archdiocese.

In a Nov. 19 letter to NCR, Betschart noted several seminary initiatives aimed at the abuse tragedy and seminarian formation, including:

"I don't get any sense the seminarians are preoccupied with the sex abuse crisis in a kind of negative way," said Deacon Owen Cummings, the school's Regents' Chair of Theology and director of its Doctor of Ministry program.

A veteran academic with multiple advanced degrees and two decades of service at Mount Angel, Cummings described "two saving graces" at the school on the sex abuse front.

"First, we have a fairly good system of being frank and clear about all these issues concerning sexual abuses. No attempt is made to hide things or brush them under the carpet. There are opportunities at every level to bring such issues to the fore and converse about them."

"If you do that carefully, then you realize there never was a golden age when the church was free of major challenges. If there is anything we are capable of doing well, it is screwing up. And it's not just the ones who have been found to be the worst perpetrators. We all fall down in terms of our evangelical witness."

* This article has been edited to correct the number of religious communities represented.

Read this next: Screening, service, reflection are Mount Angel's antidotes to clericalism