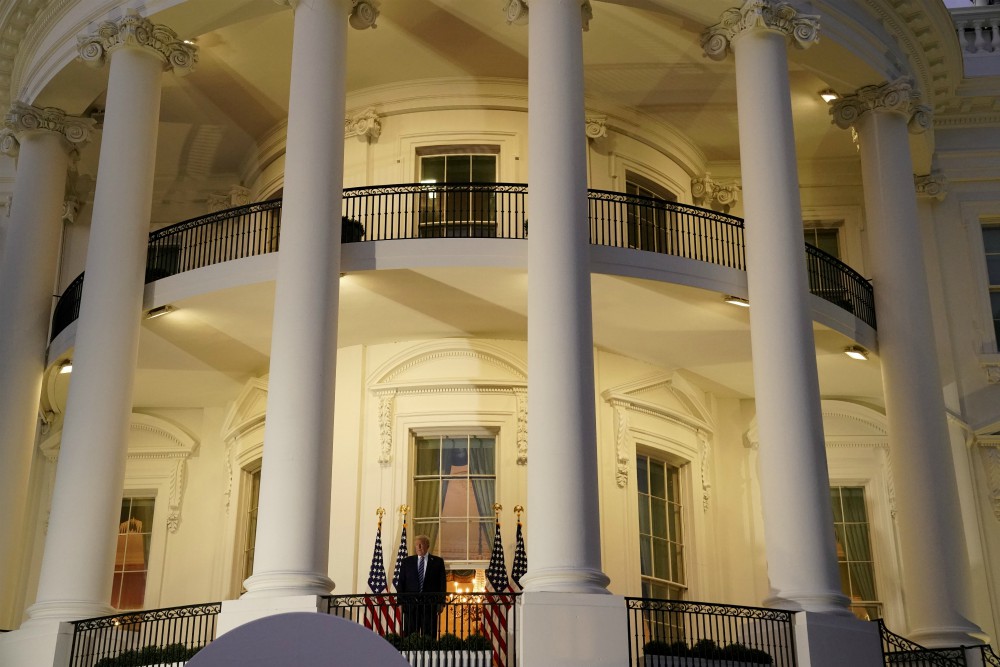 As we approach tomorrow night's vice presidential debate, what is the state of the race? How has the race been altered by last week's debate? By the president's COVID-19 diagnosis?

The NBC News/Wall Street Journal national poll caught everyone's attention as it registered a 14-point lead for former Vice President Joe Biden. Biden ticked up 2 points to 53% from their previous, pre-debate poll, but President Donald Trump lost four points, dipping down to 39%. That's Herbert Hoover territory for the incumbent! Hoover garnered only 39% of the electorate in the 1932 election that awarded a landslide victory to Franklin Delano Roosevelt with 57%.

As we all learned in 2000 and again in 2016, however, the popular vote does not decide presidential elections, so what really matters are polls in battleground states. The New York Times/Siena College poll in Arizona showed Biden with a steady lead of 49% to 41%. Buoyed by endorsements from both Cindy McCain and former GOP Sen. Jeff Flake, Biden is winning the suburbs and is comfortably ahead among the state's Latino population.

The Washington Post profiled older voters Sunday, building on a Post/ABC News poll that showed Biden leading among voters over 65 years old by a margin of 52% to 47%. According to a Pew Research study, Trump won this demographic four years ago by a margin of 53% to Hillary Clinton's 44%. That change may account for the findings of a Times/Siena survey in Florida that finished on Oct. 1, after the debate but before the president's diagnosis, that showed Biden with a 5-point lead, 47% to 42%.

Nate Silver, at FiveThirtyEight.com, is appropriately cautious and has concluded that the events of last week gave Biden a modest boost in the polls. But Silver also registered the concern that it was too soon to tell what effect the president's diagnosis and hospitalization might have. Still, his model now gives the election to Biden in 81 simulations, compared to only 18 for Trump.

So, what is going on? As I have been arguing for some time, the only lies the president tells that really matter are the lies that affect people's lives. Now, we need to amend that to include lies that affect people's deaths. Lying about how much money he made is one thing. Lying about COVID-19 is another. And my guess is that his tweet upon leaving Walter Reed Hospital — "Don't be afraid of Covid" — is not going to reassure those older voters in Florida. It is worse than callous to the more than 200,000 American families that have lost a loved one. As a matter of public health, it is shameful.

Trump's reentry to the White House, and dramatic, defiant removal of his mask, also sent the wrong, but predictable, signal. Did anyone think Trump would emerge from this episode chastened? He may not understand epidemiology but he knows his base. He knows they would not know how to react to a chastened Trump. You could almost hear them off-camera chanting, "Four more years."

Four more months is more like it. His base may be excited by his hubris, but the rest of us are, as Trump himself once predicted, tired of winning. The president's idea of winning has been exposed, and exposed beyond credulity except for the base, as a fraud.

Trump's fraudulence is manifest on the very issue he thought would guarantee him a second-term: being pro-life. No matter how many conservative judges and justices he appoints, people understand that when a man prioritizes his own image over efforts to protect the lives of others, he is not pro-life. Voters know that it is wrong to expose others, especially those who had no say in the matter, to this deadly virus.

His aides and political donors signed up for this nonsense. But what about the waiters and bartenders at his fundraiser last Thursday, or the Marine at the foot of the stairs of the president's helicopter, or the Secret Service agent forced to drive the president past his supporters outside the hospital? What about their lives?

The New York Times reporting on the president's lackluster business career, his enormous indebtedness and tax evasion, might be catnip for those who watch MSNBC, but for Middle America, it has been his inadequate response to the coronavirus that has caused his approval numbers to stall in the low 40s most of the year.

Now he is himself the symbol of his own failure. As he stood on the White House steps and removed his mask Monday night, it was impossible not to notice that his breathing was labored.

After four years of this blowhard, the American people's breathing is labored, too. Even the hosts at Fox News must be tired, if only of their constant need to spin his latest transgression of decency or sanity or both. The Trump presidency has been exhausting and it is time for a change. He has proven unequal to his job in ways that six in 10 Americans recognize.

I don't want to jinx it, but it is becoming clear that so long as they all vote, and their votes are counted, the country is getting ready to hand Biden a decisive win or, more precisely, to hand Trump a stinging defeat. The president thought he was on the road of destiny. Some hoped his diagnosis would put him on the proverbial road to Damascus. He is only on the road to defeat.