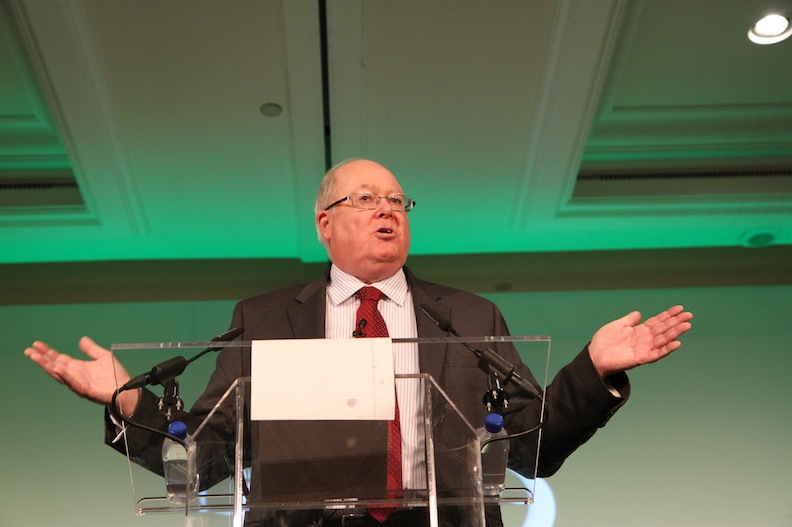 A defamation case brought against Bill Donohue by a Kansas City man, whose account of clergy sexual abuse the Catholic League head doubted, closed Aug. 17 after the plaintiff opted not to appeal its dismissal by lower courts to the U.S. Supreme Court.

In April, the 8th Circuit U.S. Court of Appeals upheld a federal district court's October 2015 ruling to dismiss charges of defamation, invasion of privacy, and intentional and negligent infliction of emotional distress brought by Jon David Couzens. The claims against Donohue traced to past press statements he issued about Couzens with regard to a 2011 lawsuit he brought against the Kansas City-St. Joseph, Missouri, Diocese.

The 90-day window to appeal the appeals court's ruling closed on Thursday.

Both the district and appeals courts ruled that because the statements originated in New York, where Donohue and the Catholic League are based, that the case was subject to the state's one-year statute of limitations, rather than Missouri law and its two-year statute of limitations. Couzens' attorney argued that the Missouri statute applied because the state was the site where he sustained the alleged injuries.

Rebecca Randles, Couzens' attorney, told NCR in an email an appeal was not pursued due to a belief that the case presented more of a state, rather than federal, issue, and the "slim chance" the Supreme Court would take it up. While she disagreed with the courts' ruling on the statute of limitations, she added, "The opinion of the lower court is pretty clear that Donohue defamed my client."

In a statement Thursday, Donohue, who was represented by the Thomas More Law Center, said, "I never libeled anyone." He celebrated the appeals window's closing, saying the suit was "knocked down by the courts" at every step.

The case dates back to December 2011 when Couzens went public with a lawsuit against the Kansas City-St. Joseph, Missouri, diocese alleging he and three other altar boys were sexually abused in the early 1980s by Msgr. Thomas O'Brien. That case, the first to reach trial in the diocese, concluded in October 2014 before reaching the jury with a $9.95 million global settlement of Couzens' and 29 other lawsuits.

At the onset of the lawsuit, the Kansas City Star published a series of reports on Couzens and the allegations. Shortly after, Donohue issued two statements about Couzens that questioned his character and why he waited to come forward about the abuse. Both were posted online and distributed throughout the Kansas City area by the Catholic League and its affiliate KC Catholic League.

In one statement, Donohue, an outspoken defender of the Catholic Church and critic of media coverage of the clergy abuse scandal, referred to an unnamed person who described Couzens as "a notorious anti-Catholic bigot." He also alleged Couzens was implicated in a murder and involved in a drug deal related to it — accusations pulled from a denied petition by the man convicted, and whom Couzens testified against in 1992, that attempted to implicate him and others for the crime.

Couzens stated in his petition that all accusations made by Donohue and the Catholic League against him were false.

On Dec. 6, 2013 — two years to the day of Donohue's first statement — Couzens filed suit in Missouri state court against Donohue, the Catholic League, and a Kansas-based chapter of the group, along with two of its directors.

The case ultimately moved to a federal district court, which dismissed it in October 2015.