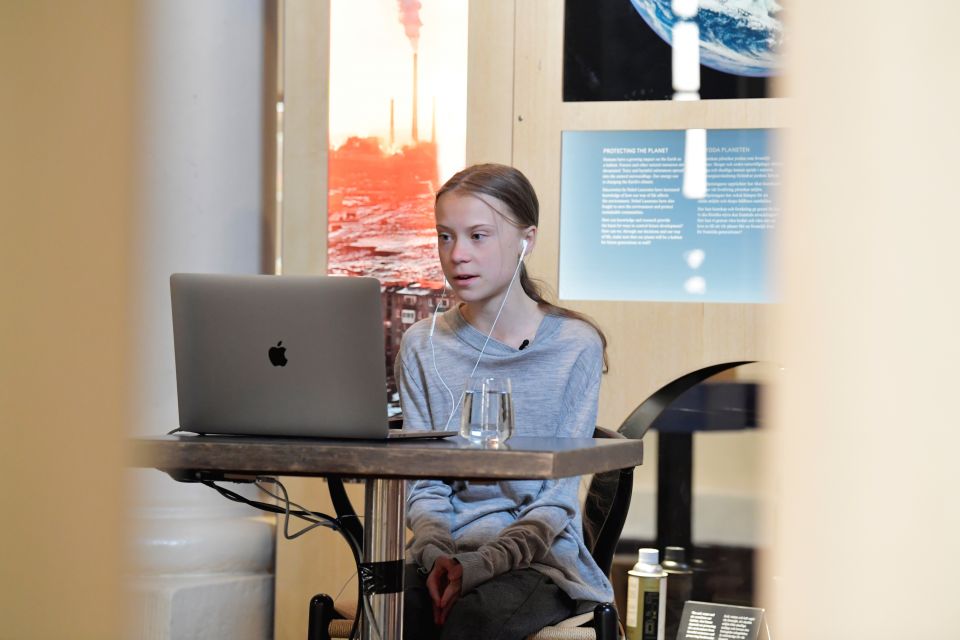 Environmental activist Greta Thunberg participates in a video conversation with Johan Rockstrom, who joins from Germany, about the coronavirus disease (COVID-19) and the environment at the Nobel Museum in Stockholm on April 22, 2020. (Jessica Gow/TT News Agency/via REUTERS) 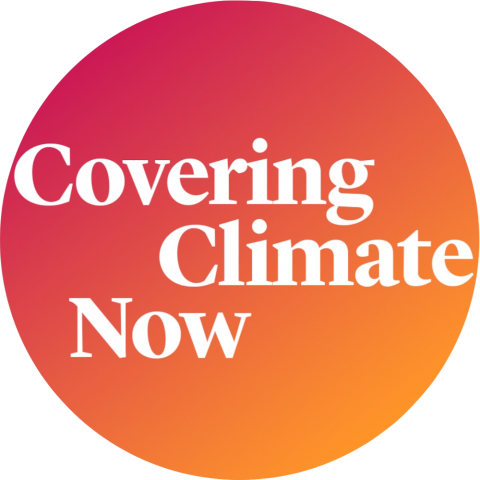 The world's young climate activists will come out of the coronavirus crisis even stronger and more motivated than before, Greta Thunberg predicted on Wednesday.

In an online video conversation on the 50th anniversary of Earth Day, the Swedish 17-year-old activist said members of the Fridays for Future movement - students who strike each week to demand action to curb global warming - retain a "big sense of resistance."

Lockdowns and other restrictions imposed by governments to stem the spread of COVID-19 - which has killed about 180,000 people this year - have forced activists to go online with digital protests, virtual meetings and educational webinars.

But Thunberg told the discussion broadcast on YouTube from the Nobel Prize Museum in Stockholm that she felt "many people have not lost their sense of hope," despite living through tough times.

"We have just changed the way we do things, and we are maybe just saving it for later," she added. "People are thinking we will get out of this and when we do, we will continue and we will do everything we can... to continue to push even harder."

Fridays for Future marked Earth Day by launching a short publicity film, designed by Los Angeles-based creative agency FF, that portrays a family's members going about their morning routine as if everything were normal, despite growing fires burning inside their home.

The campaign was inspired by Thunberg's 2019 speech on the need for urgent measures to curb climate change, when she told the World Economic Forum in Davos: "I want you to act as if our house is on fire. Because it is."

Speaking in Wednesday's Earth Day dialog with Johan Rockstrom, director of the Potsdam Institute for Climate Impact Research in Germany, Thunberg said the coronavirus crisis had seen people come together at the local level and "show solidarity."

"We put our differences aside and we work together when we face a threat like this," she said, urging citizens to press their political leaders for a global response to the pandemic "which takes everyone into account."

Rockstrom, a climate scientist, said the twin coronavirus and climate crises were proof humans were living beyond the planet's means and had a common interest in tackling environmental problems from deforestation to wildlife trafficking.

To limit global warming to an international goal of 1.5 degrees Celsius, action must be stepped up now to wean the world economy off dirty energy and onto renewables, while protecting the climate and nature to cut health risks too, he said.

Planet-warming emissions are expected to fall by about 4% this year due to lockdowns to halt the coronavirus, he noted.

But even that was not enough to put emissions reductions on track for the roughly 50% cut needed by 2030 - and the solution to climate change was not to "shut down the whole world," he added.

He said it had been good to see citizens around the planet taking precautions in the face of the coronavirus pandemic.

In an Earth Day message on social media, U.N. climate chief Patricia Espinosa called for governments to use the recovery from coronavirus as an opportunity to shape the 21st-century economy as "clean, green, healthy, safe and more resilient."

"It's the world's chance to recover better," she added.

(This report was updated was at 11:30 a.m. April 22, 2020 CST. Reporting by Megan Rowling @meganrowling; editing by Laurie Goering; made possible by the Thomson Reuters Foundation, the charitable arm of Thomson Reuters, that covers the lives of people around the world who struggle to live freely or fairly.)

From an earlier Reuters report: People need to tackle both the coronavirus pandemic and the climate crisis together, Thunberg told an Earth Day event on Wednesday.

Thunberg, who shot to fame as a 15-year-old when she started skipping school on Fridays to protest outside Sweden's parliament building over carbon emissions, said that concerted actions to tackle the outbreak of the coronavirus did not mean the climate crisis had gone away.

Taking part in a live-streamed event to mark Earth Day, launched 50 years ago to highlight environmental challenges, Thunberg said the outbreak of the coronavirus meant it was more important than ever to listen to scientists and other experts.

"That goes for all crises, whether it's the corona crisis or whether it is the climate crisis which is still ongoing and is not slowing down, even in times like these," she said.

Last year was the hottest on record in Europe, extending a run of exceptionally warm years driven by record levels of heat-trapping greenhouse gases in the atmosphere, according to a study released on Earth Day.

Thunberg's school strike sparked a global movement and transformed the now 17-year-old into the equivalent of an environmental rock star.

Founder of the Fridays for Future youth movement, Thunberg's impassioned demands for action over the climate has captured the imagination of many young people, but irked some world leaders - such as U.S. President Donald Trump - in the process.

Thunberg said in March she had probably had been infected with the coronavirus after traveling to affected countries, though her symptoms were mild and she had not been tested.