Cascade of consequences in a warming world 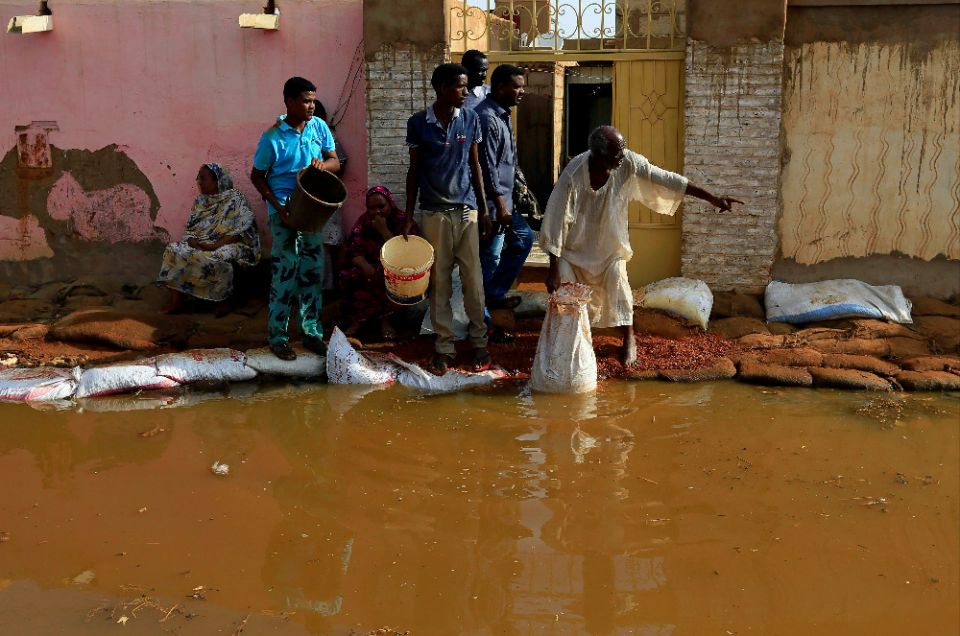 Scientists have long predicted that Africa would be one of the continents hit hardest by the climate crisis, and recent events are showing that to be true. Millions of people in East Africa were already grappling with the combined effects of prolonged drought followed by record-setting floods. Then came swarms of locusts, followed by the coronavirus pandemic.

"It's a kind of a horrible convergence across the board," Matt Davis, Catholic Relief Services regional director for East Africa, told EarthBeat.

The combination of natural phenomena and lockdowns aimed at stopping the spread of the coronavirus has also caused an "economic meltdown" in the region, multiplying the hardships people face, he said.

Scientists say the climate crisis is contributing to the severe weather and the locust swarms that are causing devastation across the region.

Nevertheless, as Tawanda Karombo reports for EarthBeat this week from Zimbabwe, some farmers are learning techniques for adapting to the extreme weather caused by a changing climate, through training at centers supported by Catholic Relief Services and other Catholic organizations.

Because East Africa's landscape is varied, the effects of the extreme weather differ from place to place, Davis said. But the torrential rains have had a massive impact, washing out roads, crops and houses. More than 6 million people are estimated to have been affected by the flooding, and as many as 1.5 million have been forced to abandon their homes.

"In the deep rural areas, most people head to higher ground, literally, with whatever assets they can carry, or whatever livestock they can bring, and live in sort of a displacement setting until the water recedes and they're able to return to their communities," Davis said.

In other places, people migrate from the countryside to cities, seeking assistance or looking for a way to make a living. Temporary displacement camps have been established outside of some urban areas, while in others, people have melded into the community, "looking for some support and at least temporary assistance," he said.

CRS channels food aid provided by the U.S. government and the United Nations' World Food Programme, but washed-out roads and bridges make delivery difficult, he said. Dropping food packages from a helicopter is a last resort, but even that is impossible when villages are surrounded by water.

The plague of locusts, which began early this year, is a consequence of the unusually heavy rainfall, which allowed vegetation to flourish in normally arid areas. Scientists say this enabled the locusts to thrive and reproduce in places where the usual dry conditions would have made it impossible for them to survive.

The locusts move from country to country across the region in huge swarms — one measured 37 miles by 24 miles, about half the size of the state of Rhode Island. And where they land, they devour crops.

Experts fear the continued rains could bring a second wave of locusts. Between the flooding and the insects, farmers may not have seed to plant next year, further increasing the risk of widespread hunger.

The coronavirus pandemic, which came on the heels of the locust outbreak, has been less lethal in Africa than health officials had expected. But lockdowns and travel restrictions aimed at limiting the spread of the virus also made it difficult for countries to obtain pesticides and equipment that would have helped keep the locusts in check, scientists say.

Because of the lockdowns, people who depend on day labor to earn a living have seen their scant income cut off, and poverty is increasing, said Jesuit Fr. Rigobert Minani Bihuzo, who heads the department of research and social and political activity Centre d’Etudes pour l’Action Sociale (Center for Social Action Studies) in Kinshasa, Democratic Republic of Congo.

The pandemic-related global economic downturn has also made outside assistance scarcer than it was before, he told EarthBeat.

"People are surviving because of generosity," he said. "People share the small things they have."

And here's some of what's new in other climate news this week:

"Interreligious Responses to Laudato Si'," a virtual event sponsored by Georgetown University and Yale University on Oct. 29 and 30, will bring together experts from Pope Francis' staff in Rome and from diverse religious traditions and various agencies to encourage discernment, cooperation, and policy development for an integral ecology.

You can find more information about this and other upcoming events on the EarthBeat events page.

EarthBeat celebrates its first birthday this month, and we're asking our readers for feedback, to be sure we're providing the information you need about what people of faith can do — and are doing — to address the climate crisis and work for environmental justice.

If you've already responded — thank you! Your input will help us shape our coverage in the months ahead. If you haven't, we'll be sending out another email with the survey, or you can click directly on the survey here and respond now.

To thank you for your time, we'll give you the chance to win a $20 gift card. And, of course, you can always write to us any time at earthbeat@ncronline.org.