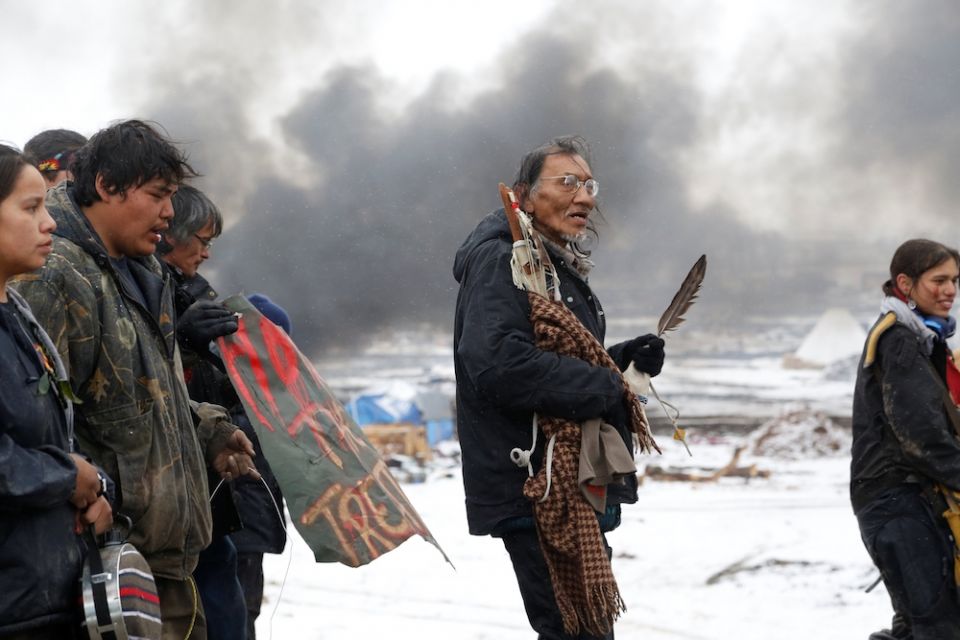 This week saw trailblazing choices by President-elect Joe Biden for leaders of U.S. government agencies that are key for action on climate change, land use, pollution and — especially — environmental justice.

If confirmed by the Senate, U.S. Rep. Deb Haaland, a Democrat from New Mexico who is a member of the Laguna Pueblo, would become the first Native American Cabinet secretary, as head of Interior Department, which manages the nation's public lands — 20% of the country — the government's often-contentious relationship with Native American tribes.

Haaland campaigned for Congress on a climate-conscious platform that included shifting from fossil fuels to renewable energy; protecting indigenous rights, which she links to climate justice; and ensuring access to clean air, water and housing for all. As a member of the House Natural Resources Committee, she has been critical of Trump administration policies aimed at making it easier to mine and drill for oil on public lands.

After her selection was announced, Haaland tweeted, "A voice like mine has never been a Cabinet secretary or at the head of the Department of Interior. Growing up in my mother's Pueblo household made me fierce. I'll be fierce for all of us, our planet, and all of our protected land. I am honored and ready to serve."

A voice like mine has never been a Cabinet secretary or at the head of the Department of Interior.

Growing up in my mother’s Pueblo household made me fierce. I’ll be fierce for all of us, our planet, and all of our protected land.

I am honored and ready to serve.

Robert Bullard, who is often described as the father of the environmental justice movement, tweeted praise for Biden for "listening to frontline communities" and making justice a "core principle" in his Cabinet choices.

Climate change and land rights are issues facing indigenous people outside of the U.S., as well. Could having a Native American in the Cabinet have an influence beyond U.S. borders? Andrew Miller, advocacy director for the non-profit Amazon Watch, told EarthBeat that the Interior Department has an international program that could support indigenous movements elsewhere.

But he added, "That said, over the last two years Representative Haaland was one of the main champions in the House of Representatives for Indigenous rights and protection of the Amazon rainforest, and her active voice on those international issues will be greatly missed. There are of course other Congressional proponents on those issues but few have the same credibility she does as an Indigenous woman who fought for Native American rights in her own territories prior to joining Congress in 2019."

In another first in the incoming administration, Michael S. Regan would become the first Black man to head the U.S. Environmental Protection Agency. Regan, who has headed the North Carolina Department of Environmental Quality since 2017, previously led the southeast regional office of the non-profit Environmental Defense Fund.

He was chosen over Mary Nichols, chair of the California Air Resources Board, who was criticized by environmental justice groups who said California's carbon cap-and-trade policy, which she engineered, allowed industries to continue to pollute low-income neighborhoods.

Another pick that signals a strong focus on environmental justice is the choice of environmental lawyer Brenda Mallory to head the White House Council on Environmental Quality. Mallory served as counsel for that office during the Obama administration and has also worked in the EPA.

Most recently, Mallory has been director of regulatory policy at the non-profit Southern Environmental Law Center. She also worked with the Climate 21 Project to draft recommendations on environmental issues for the incoming administration.

Biden's environmental and climate team will also feature other Obama administration officials in new roles. They include former Secretary of State John Kerry, who will lead on international climate issues as special president envoy on climate, a newly created Cabinet-level position, and Gina McCarthy, who will take the lead on the domestic climate front. McCarthy, a past EPA administrator, has most recently been president of the Natural Resources Defense Council, a non-profit environmental group that has filed numerous lawsuits against the Trump administration in an effort to block its dismantling of the country's environmental safeguards.

That effort will undoubtedly continue. The Trump administration has rolled back at least 100 environmental regulations, and although Biden has pledged to undo the damage, that may be an uphill battle, as University of California, Irvine law professor Alex Camacho explains in this podcast and transcript.

As for the Department of Energy, Biden has chosen former Michigan Gov. Jennifer Granholm, who would be just the second woman to lead the department that oversees the nation's nuclear arsenal and also plays a major role in developing renewable energy technology and improving energy efficiency in buildings and appliances. Granholm's experience with Detroit's auto industry is expected to be key in the expansion of electric vehicles and charging stations, an effort that would also be supported by Pete Buttigieg as transportation secretary. If confirmed, Buttigieg would also become the first openly gay Cabinet member.

These choices signal a stronger approach to environmental justice by the incoming Biden administration — developments that we'll be following on EarthBeat in the months ahead.

We've been following the news and analysis around the U.N.'s virtual Climate Ambition Summit on Dec. 12, when countries were expected to step up their commitments to reducing greenhouse gas emissions:

Not surprisingly, there's been a lot of coverage of — and advice for — the incoming Biden administration as the president-elect chooses Cabinet members and agency chiefs.

As we enter the last week of Advent, we hope you continue to find EarthBeat's Simple Advent, Abundant Life reflections a source of introspection and inspiration.

Brenna Davis of the Ignatian Solidarity Network, who has written the reflections — and who also invited students to contribute — struck a particular chord with this week's question about what it means to have four spatulas in the kitchen. A few of you wrote us to comment about it.

Which other reflections have been especially meaningful for you? Drop us a line and let us know at earthbeat@ncronline.org. We always appreciate hearing from you. And please join us for the rest of the series this week, as we prepare for the arrival of the Light in our midst.