EarthBeat Weekly: Stepping into the new year with hope -- and a question

Four predictions suggesting a better decade ahead for the planet 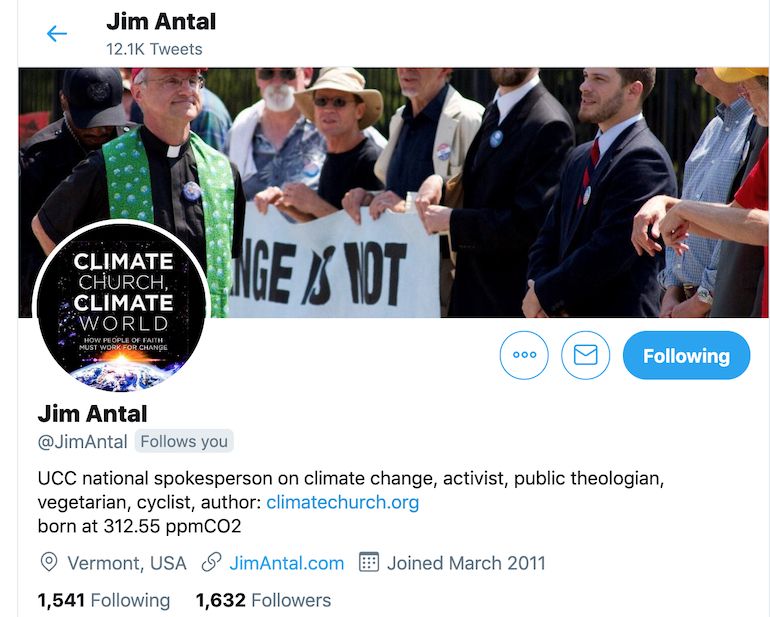 The year ahead will be a big one for people of faith working on behalf of the planet. Along with increasingly urgent efforts to ease the pain of the climate crisis, 2020 will include a couple of important milestones: The 50th anniversary of Earth Day on April 22 and the fifth anniversary of Pope Francis completing his encyclical, “Laudato Si’, Care for our Common Home,” on May 24. EarthBeat anticipates a busy year.

At its best, journalism helps make sense of what would be an otherwise overwhelming flood of information. One of the biggest boosts to accomplishing that in the digital era is the chance to tap into the wisdom and expertise of people with way more of both than we could muster on our own.

That brings me to EarthBeat’s Advisory Panel, a remarkable group of 25 people active, one way or another, in the nexus of climate change and faith. Recruited by NCR’s director of audience engagement, Sara Wiercinski, the members are listed alphabetically here.

At the top of that list is Rev. Jim Antal, an author and activist who serves as the Special Advisor on Climate Justice to the General Minister and President of the United Church of Christ. Antal is the author of Climate Church, Climate World, which I recommend as a valuable source of inspiration and support for the year ahead.

But it’s the publishing Antal does almost every day of the year that I want to call special attention to here: his Twitter feed.  Key to making sense of the world around us is curating the firehose of information coming at us, and Antal has become a master curator of climate news by sharpening the art of the retweet.

“The 2020s will see the effective end of climate denial. First hand experience will erode the numbers of those who still deny, though they may still debate cause and need for change. Those holding tightly to denial will become truly fringe players.”

My wish for 2020 is for people to stop asking climate activists what gives us hope and start asking “how can I help?”

Both of these are retweets of retweets. No matter. What counts is that Antal has brought to us a couple of new perspectives that can help us make sense of it all.

The author of the first tweet inserted above, David Wallace-Wells, is the author of one of the most apocalyptic books in the growing literature of climate change analysis, The Uninhabitable Earth, Life after Warming. Yet he tweets to a set of quite hopeful climate predictions for the decade ahead by author and former journalist, Deborah Knuckey. Her four predictions in brief:

All of the above will provide, on balance, concrete reasons for hope as opposed to despair.

Among the virtues of Antal’s retweets is the range of opinion they provide, as in that second example above. Instead of hope, with her good question Mary Heglar is looking for action.

Antal’s Twitter feed is included in the Interfaith Climate Tracker that appears at the bottom of the EarthBeat homepage, as well as on Twitter itself.

Here’s some of what’s new on EarthBeat:

​​Upcoming event: The Catholic Climate Covenant is planning what it describes as an intergenerational Catholic initiative for the fifth anniversary of Laudato Si' and the 50th anniversary of Earth Day. You can sign up for a Jan. 23 webinar describing the project here. And you can check out additional upcoming climate-related events on the EarthBeat events calendar.

We close this week’s newsletter with a prayer offered by Jim Antal at a recent program exploring “the moral imperative to improve planetary health through climate solution:”

Good and gracious God, you are the source of all health and healing. We come together in this conversation today to understand how it is you might lead us into new ways to deal with the climate emergency which we and seven generations before us have brought on your creation. Inspire us today, open our ears and our hearts to the lessons we may learn that may help us provide leadership in our respective settings. Give us the strength and the courage we need for such a time as this. Amen.

What’s the climate-related question on your mind as we head into this new year and decade? And in the spirit of the question posed by Mary Heglar in her tweet, what steps do you plan to take yourself this year on behalf of the planet? You can let me know here.

EarthBeat | EarthBeat Weekly: Stepping into the new year with hope -- and a question