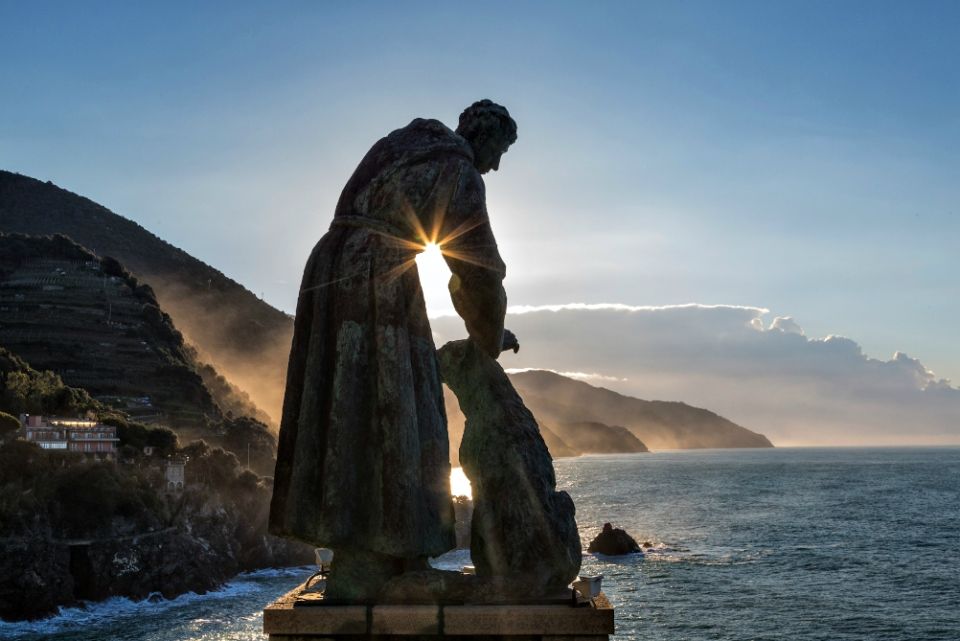 Last week, in an effort to continue commemorating and drawing attention to the "Season of Creation," I tweeted the following remark: "Humans are called to care for our Sister Mother Earth, not because she was created for our sole use and domination, but because we as a species have uniquely sinned in abusing her and her other inhabitants. For our ecological sins, Lord Have Mercy! #SeasonOfCreation."

Humans are called to care for our Sister Mother Earth, not because she was created for our sole use and domination, but because we as a species have uniquely sinned in abusing her and her other inhabitants.

For our ecological sins, Lord Have Mercy! #SeasonOfCreation

I didn't register the initial responses to that tweet because I have a policy of muting or blocking Internet trolls, and frequently the early responses to almost anything I tweet out tend to be negative, malicious or ad hominem. So I ignore them.

Occasionally, I'll see that non-trolls, sometimes even friends or colleagues, engage these trolls. In such cases, I can become aware that a conversation is underway and I might then even take a quick look to see what the discussion is about.

In response to this particular tweet about creation, it appears some people took issue with my use of the descriptor "our Sister Mother Earth," at least one calling me "pagan." As another Franciscan rightly noted in response, the title "our Sister Mother Earth" is a direct quote from St. Francis of Assisi, one of the most popular saints in Christianity and the patron saint of ecology (named so by Pope St. John Paul II in 1979).

The title comes from Verse 9 of St. Francis' "Canticle of the Creatures": "Praised be You, my Lord, through our Sister Mother Earth, who sustains and governs us, and who produces various fruit with colored flowers and herbs." It is also a title Pope Francis uses twice in the opening paragraph of his 2015 encyclical letter "Laudato Si', on Care for Our Common Home."

For these reasons, to think that my usage of this traditional Christian moniker for our planet was "pagan" or in any way antithetical to the Catholic view of creation is laughable and worthy of ignoring.

But the more I've thought about that relatively minor social media exchange arising from an obviously ignorant remark, the more I was reminded of a deeper issue in popular Catholicism toward which it points.

Most Christians believe that God created the cosmos for our species alone and that any reference to nonhuman creation as related to us is to be taken as naive or romantic at best, or "pagan" or "anti-Christian" at worst. Instead, we are told to believe our species is not only the pinnacle of creation, but also the only aspect of the created order that really matters.

In Laudato Si', Pope Francis correctly names this misunderstanding "anthropocentrism," which is the mistaken view that everything revolves around humanity. This human-centered worldview elevates our place within God's vast and diverse creation while simultaneously subjugating anything (or anyone) we deem not sufficiently human. Humanity — or least some people's vision of authentic humanity — becomes the standard against which the entire universe is evaluated.

Within this context, it is no wonder that people mistake St. Francis' reflection on the interrelationship of all God's creatures in a singular community of creation for something "pagan." Through the lens of anthropocentrism, it is silly or even downright inappropriate to refer to the Earth — what the pope calls "our common home" — or any nonhuman aspect of creation in sororal or maternal terms. But that is exactly what St. Francis did, and he did so because he recognized the truth of our creaturely interdependence.

Most people refuse to take St. Francis of Assisi seriously. Don't get me wrong, most people — Christian and non-Christian alike — love St. Francis, but they love him and his legacy for the wrong reason.

The dominant narrative about St. Francis is that he was someone who simply "loved animals," which is why his likeness is placed in gardens the world over and people bring their pets to church to receive a blessing on his feast day. People generally like St. Francis because they view him as a naive, romantic, kind, cutesy and unthreatening figure. Yet, the early Franciscan sources reveal that he was anything but these things.

A few years back, while delivering a homily at a Los Angles Religious Education Congress liturgy with the theme of "care of the earth," I coined a phrase to explain the origins and perpetuation of this popular vision of St. Francis as a harmless romantic who loved animals: the "birdbath industrial complex."

By "birdbath industrial complex," I mean all those diffuse factors and judgments that go into keeping St. Francis a caricature of the profoundly insightful theological vision he articulated in his "Canticle of the Creatures" and throughout his entire life. Anytime we reduce the saint to a medieval petting-zoo mascot or state simply that he "loved animals" without regard for the radical truth about God and creation he intended, we are contributing to and operating according to the logic of the "birdbath industrial complex."

St. Francis called all creatures — and not merely those nonhuman animals we classify as sentient, but rocks and trees alike — his sisters and brothers because, in a real sense, they are.

On the elemental level, we share a common compositional DNA of sorts, made as we are of the same substances as everything else that exists: carbon, oxygen, hydrogen, nitrogen and so on. This is what Genesis 2 proclaims with prescience and it is what we humans so often refuse to accept: that we are made from the "dust of the earth" (ha-adamah in Hebrew) and to that dust, like all creatures, we will return.

On the evolutionary level, we share a common multibillion-year history of development and emergence, beginning with similar biological origins. We are part of an "entangled bank" as Charles Darwin creatively put it, joined to other creatures by the branches of creation's large family tree.

On a pragmatic level, we survive only because of the care and resources the rest of the family of creation provides for us. The air we breathe, the clothes we wear, the food we eat, the water we drink — none of these are of our own making. We cannot survive by ourselves. We are in many ways an extremely weak and vulnerable species, dependent on the rest of creation for our daily existence.

On a theological level, there exist two categories into which everything falls: You are either God or you are a creature. Despite our distorted collective sense of self, we are not God; we are creatures too. Accordingly, we recognize not only a common biological origin, but a common and singular divine origin, too.

As Christians, we believe that we are part of God's family of creation, but we rarely act like it, choosing instead to follow the primordial model of Genesis 3 in order to put ourselves in God's place. We are witnessing the consequences of that hubris on display before us in the manifold crises of pollution, extinction and global climate change.

In my last column, I wrote about how climate change is the most important life issue today. The persistent denial of its reality and the cataclysmic threat global climate change poses to all life on this planet — including human life — is fueled in part by the refusal to move beyond the logic of the "birdbath industrial complex." We often prefer instead to water down the radical theological and spiritual teachings of figures like St. Francis or Scripture passages like those found in Chapters 38 and 39 of the Book of Job, or the Book of Genesis or the Psalms and elsewhere. Similarly, we prefer to dismiss or ignore the worldwide scientific consensus that we are in extremely dire straits.

What St. Francis and Pope Francis and I and others mean to convey when we speak of "our Sister Mother Earth" is not some kind of crypto-paganism, but the profoundly Christian and scientific truth that we, like all the inhabitants of "our common home," are related to and dependent on this planet in a way analogous to a child in a mother's womb. That mother — Earth — and all her children are facing an impending ecological omnicide, from which no one will escape. Therefore, as long as we ridicule this clear danger, we perpetuate the lies of the "birdbath industrial complex" and promote a culture of death.

Column | Beyond the 'birdbath industrial complex' is the radical St. Francis of Assisi