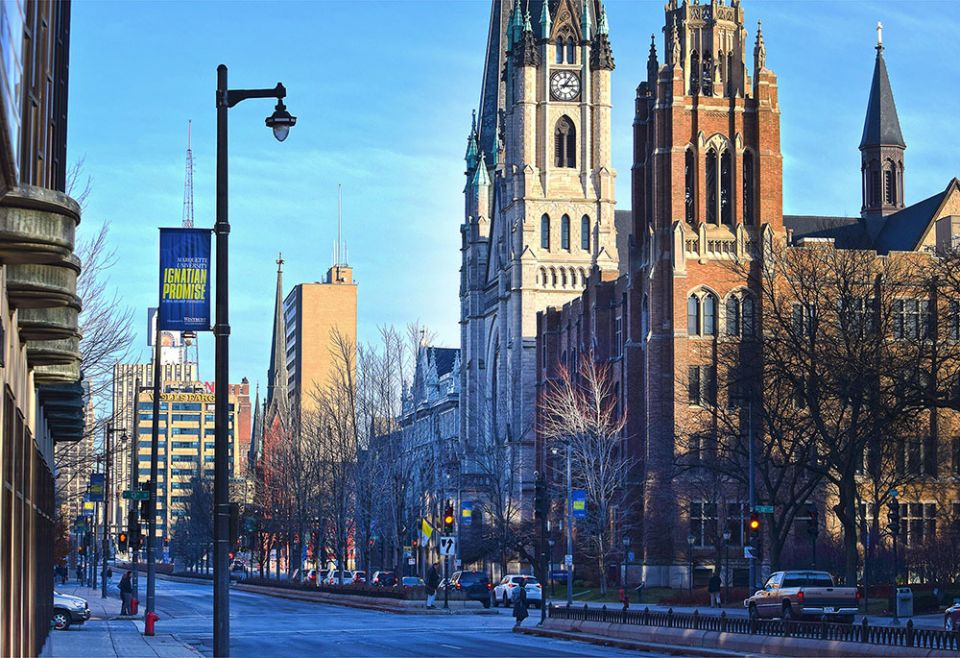 Marquette announced an update March 24 to its university investment policy that bars investments in public securities whose primary business involves the exploration and extraction of coal, oil and gas. The move was approved by its board of trustees.

In addition, the new policy formalizes measures the endowment office has been practicing for several years, including monitoring funds for indirect exposure to fossil fuels and moving to "wind down" other private investments in fossil fuel-related holdings "in accordance with the terms of the partnership agreements." A spokeswoman told EarthBeat the university retains the ability to maintain fossil fuel exposure "on a case-by-case basis," particularly with companies adapting their business models toward solutions to climate change.

In a statement, Marquette president Michael Lovell connected the new policy to Pope Francis' 2015 encyclical "Laudato Si', on Care for Our Common Home," and the Society of Jesus' four universal apostolic preferences, which also includes "care of our common home." 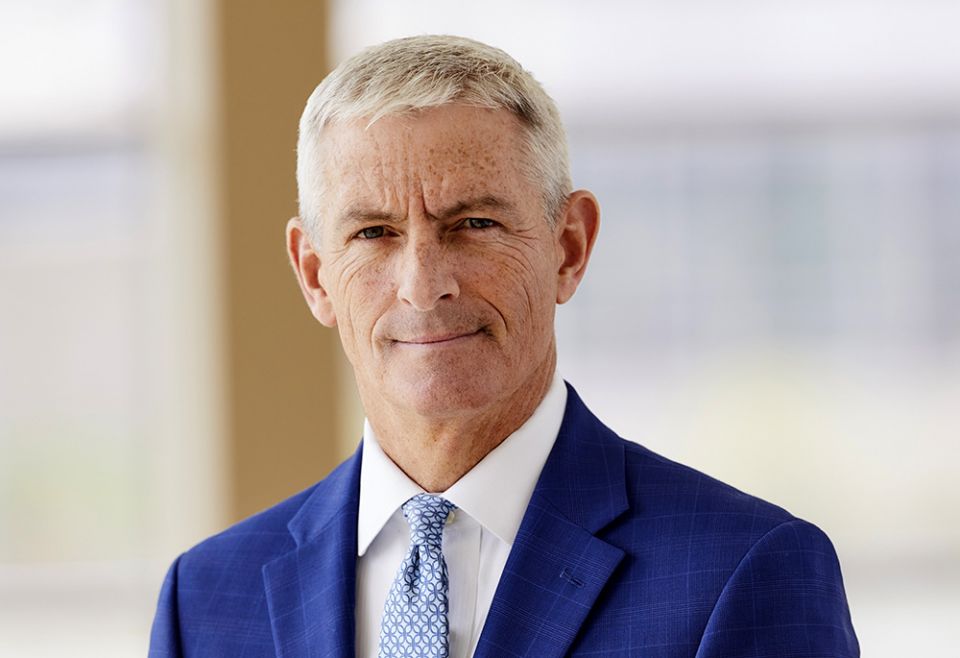 "Our Catholic, Jesuit mission calls on us as an institution to invest in our students' futures in ways that are positive for our world. By prohibiting direct investments in fossil fuels and following best practices in responsible investment, Marquette is heeding Pope Francis' call to 'reject a magical conception of the market, which would suggest that problems can be solved simply by an increase in the profits of companies or individuals,' " Lovell said, adding "I am proud that Marquette University is taking this important stance."

Maddie Kuehn, a junior and member of Fossil Free Marquette that pushed for divestment, told EarthBeat the move was "really exciting" and an "incredible first step."

"I personally was really surprised. We had no idea that this was even on Marquette's radar or something that they were even talking about," she said.

In 2019, the Society of Jesus adopted four universal apostolic preferences for the next decade. On "caring for our common home," the Jesuits called for ecological conversion in the face of today's environmental crisis that particularly harms poor and vulnerable people, and they directed their educational institutions to raise awareness and identify ways to act.

The emissions released from the burning of coal, oil and gas are the primary driver of global climate change. Along with that, excavation of fossil fuels often destroys ecosystems and threatens the lives of communities and creatures native to the land.

A report from the International Energy Agency stated that for the world to meet the Paris Agreement goals of max 1.5 degrees Celsius temperature rise and net-zero emissions by 2050 there cannot be any new oil, gas and coal development.

"There is no need to invest in oil, gas or coal. The existing [power plants] are enough to meet the declining demand for these fossil fuels. There is no need for that," Fatih Birol, IEA executive director, said in an August webinar hosted by the Laudato Si' Movement.

In its press release, Marquette stated that its current investment portfolio is free of direct public investments in fossil fuels. 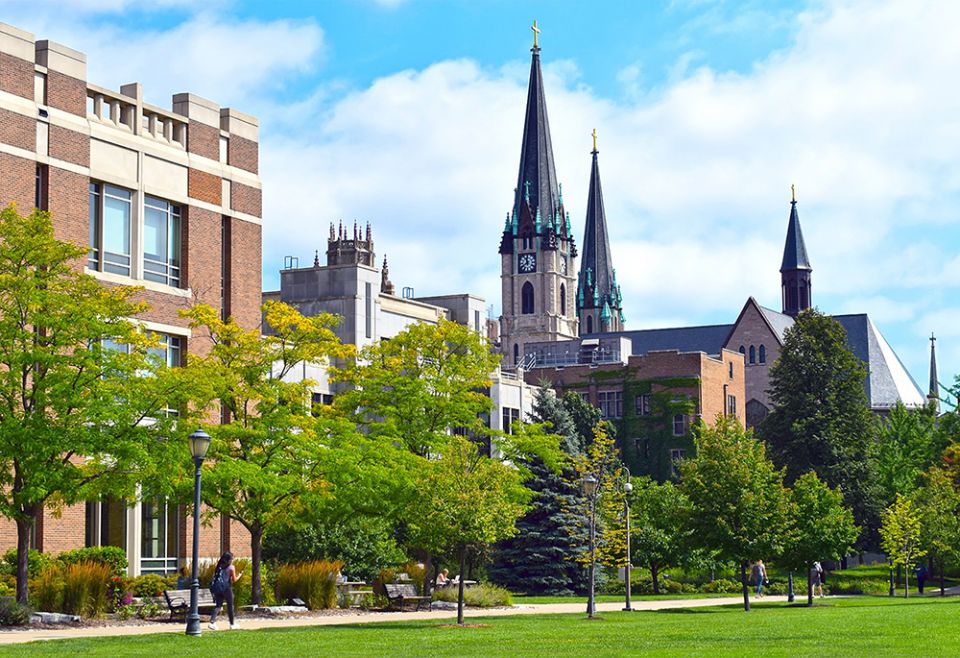 Roughly a year ago, the university told EarthBeat it estimated direct investments in oil and gas amounted to 1% to 2% of its total endowment, at the time roughly $693 million in market value.

In April 2021, students passed a nonbinding resolution with 87% of voters in support of the university implementing a five-year fossil fuel divestment plan. The vote came after a series of meetings between student group Fossil Free Marquette, Lovell and chief investment officer Sean Gissal.

Several months after the vote, Fossil Free Marquette presented a complaint letter in October to Lovell and the board of trustees alleging that the board was violating its fiduciary responsibility by investing in fossil fuels. The students pointed to Wisconsin law that stipulates nonprofit organizations must consider its "charitable purposes" in its investment decisions.

"As a Catholic and Jesuit institution, Marquette commits itself to upholding and promoting the Catholic Church's teachings on and guidelines for care of the environment," the student letter read. But despite repeated calls from Francis for the world to rapidly move away from fossil fuels, "the Trustees have remained steadfast in their support of an industry whose business model is based on environmental destruction and social injustice," the letter stated.

Lynn Griffith, university spokesperson, told EarthBeat "there was zero attention given" to the allegations of violations of the board's fiduciary duties, and that the updated policy "reflects investment practices that have been in place for several years." That includes partnering with investment managers who follow the Principles of Responsible Investment and engage in impact investing.

While Fossil Free Marquette celebrated their school's divestment decision, they hope to see more transparency about how the endowment is invested. That's especially important, Kuehn said, for private schools where information about investments is not public and harder to access.

"We would like to see the university engage in discussions with students and have opportunities for them to ask questions about this issue, because I know that a lot of people care about it," she said.

Campaigns to cut financial ties with the fossil fuel industry have been ongoing within faith communities for over a decade, and they represent the largest sector within the wider movement. While the vast majority of Catholic institutions have not divested, attention to the idea has gained traction in the wake of the release of Laudato Si'. The Vatican Bank has stated it does not hold investments in fossil fuels, and the Vatican, through messages, documents and initiatives, including the Laudato Si' Action Platform, has increasingly recommended divestment as a viable option and "moral imperative" for Catholic institutions.

At their November meeting, the U.S. bishops approved new socially responsible investment guidelines. The revised guidelines, which many Catholic institutions in the country utilize, include an expanded section on environmental concerns, with more than a half-dozen citations of Pope Francis.

On divestment, the new guidelines say the U.S. bishops' conference will consider that option with companies that consistently fail to initiate policies intended to achieve the Paris Agreement goals, and points to a footnote citing the Vatican's 2020 Laudato Si' implementation guidelines that recommend "evaluating progressive disinvestment from the fossil-fuel sector."

Related: Inside the campaign to divest the Catholic Church from fossil fuels
A version of this story appeared in the April 15-28, 2022 print issue under the headline: Marquette University bars direct fossil fuel investments .