One of the main organizers of the Vatican's 2019 Synod of Bishops for the Amazon says a new photo exhibition on Amazonia captures both the majesty and the fragility of a region that is both one of the world's most important ecosystems and one of significant importance to the Catholic Church.

"One very strong feeling is just how majestic and how fragile it is and only a few years ago we probably would have seen just the majestic part," said Jesuit Cardinal Michael Czerny after viewing the exhibition at Rome's National Museum of 21st Century Arts (or the "MAXXI" as it is better known).

"But you can't look even at the most dense natural image without realizing that it's not as sure of life as it looks," said Czerny of the exhibition's more than 200 photographs. 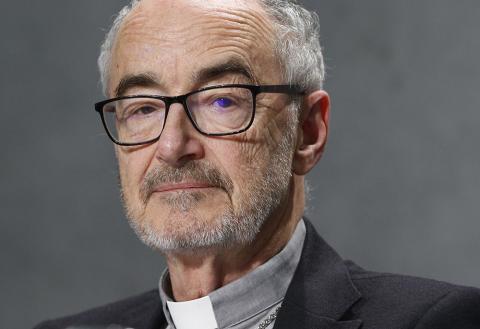 "Amazônia," which showcases Brazilian photojournalist Sebastião Salgado's six years capturing rare photographs deep inside the Amazon rainforest, runs through Feb. 13. In the words of the exhibition curator Lélia Wanick Salgado (who is also the photographer's wife), the landmark show chronicles both the "magic" of the region, as well as the "devastating consequences" of the exploitation of the Earth.

Visitors entering the gallery arrive in a space marked by semi-darkness and the sounds of birds, flowing water and rustling of trees. Nearly all of the photos are in black and white and are suspended in mid-air throughout the exhibition space.

Czerny, who served as special secretary during the Amazon synod and in December was named interim head of the Vatican Dicastery for Promoting Integral Human Development, told NCR that in a region full of color, displaying the photos in black and white is "another way of saying 'pay attention, pay attention' " to a region in need of it.

That call for attentiveness is one that Pope Francis has made since October 2017 when he announced a special synod on the Amazon, one meant to discuss both the pastoral needs of the remote region and to help awaken the world's attention to its destruction.

The Amazon biome, which spreads across nine countries, is often referred to as the "Earth's lungs" for the oxygen it produces. Since the late 1970s, however, about one million square kilometers (or about 390,000 square miles) of its forest have already been lost as the result of logging, farming, mining, dams and other forms of human development.

Salgado's show has been hailed as "stunning" by critics across the globe. Yet the artist has said that while he wants to raise awareness of the region's destruction, he hoped the show would evidence a place full of life, not death. 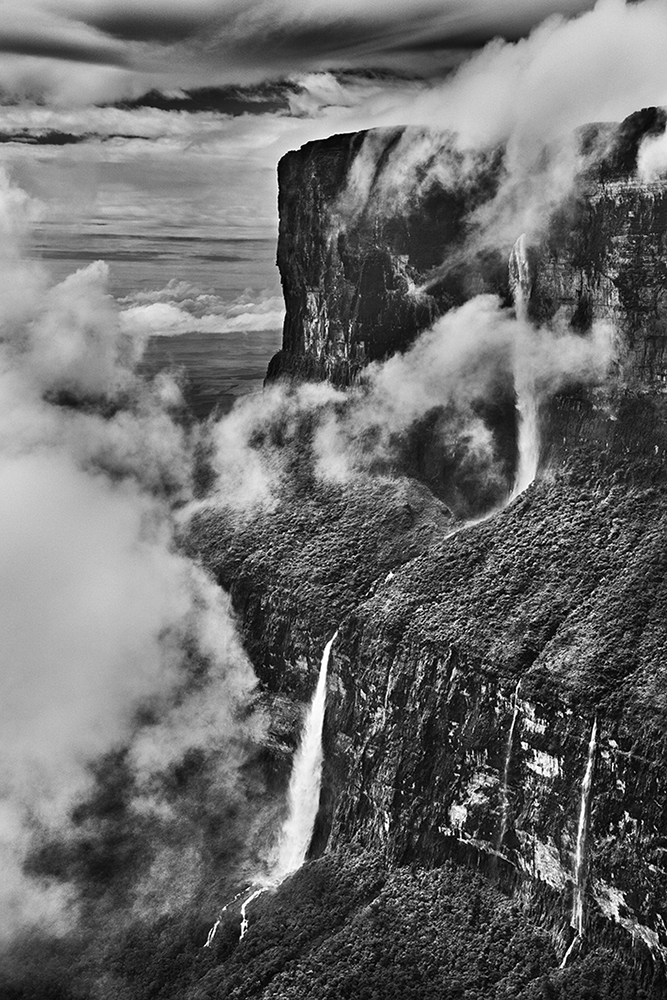 Pope Francis, in his February 2020 apostolic exhortation, Querida Amazonia, following up on the Amazon synod, struck a similar chord, outlining a series of "dreams for the Amazon region" while, also echoing his call from his 2015 encyclical on the environment, "Laudato Si', on Care for Our Common Home," writing the world must hear the "cry of the earth and the cry of the poor."

At Salgado's exhibition, Czerny said the "cry of the earth" is made clear in the texts that accompany the photos, which are penned by Lélia Wanick Salgado and document the threats to the region.

The photos, Czerny observed, do not "show the scars," such as the brutality of mining and debris and destruction. Instead, he said that by viewing the "lush and abundant" photographs, visitors "carry with us" what is at stake.

"If you look at something that is very beautiful and complete, and realize that even as you watch it, it is being destroyed, that has a political impact," he said.

Throughout the exhibition, Salgado introduces viewers to various Indigenous communities from the Amazon — documenting their history, local customs and the particular threats that they face. 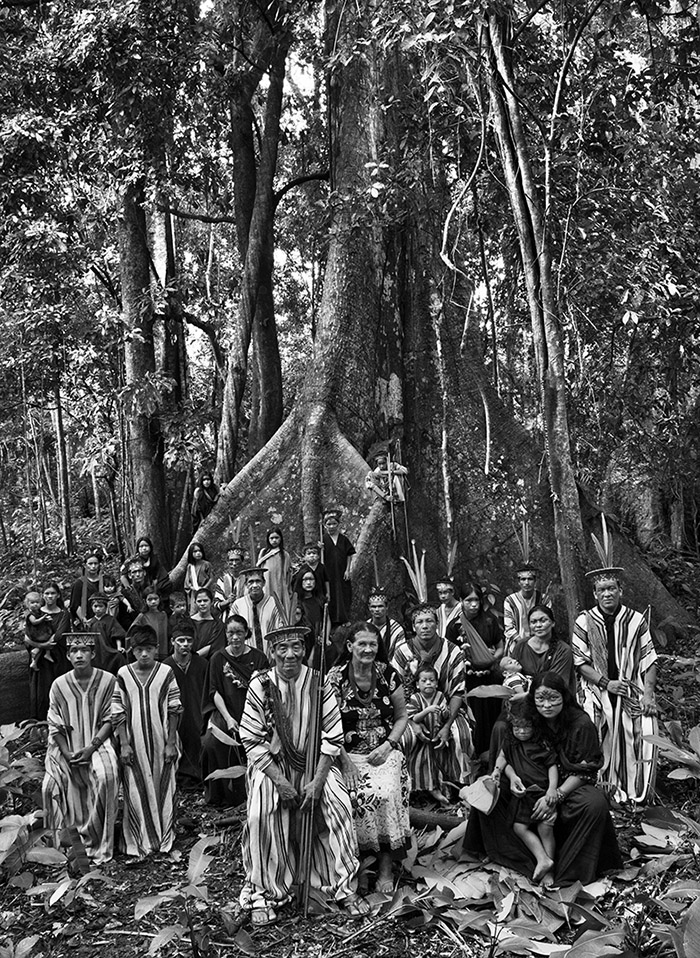 An Ashaninka family in 2016, in Acre state, Brazil (© Sebastião Salgado/Contrasto)

One key characteristic of the Amazonia exhibition, said Czerny, is that Salgado seemingly made a conscientious decision to include groups whose territories have become protected by law.

"This is not the universal story," Czerny remarked. "But you could say that this was an empowering choice and that he chose situations which show that with human initiative, courage and perseverance, even very destructive tendencies can be reversed."

While the cardinal said that Salgado could have easily chosen to only tell sad stories and that of destruction, which perhaps could have added to the exhibition's coverage, by choosing to do otherwise, he "twists" the narrative and offers some hope.

This, he added, was in the "same spirit" of Francis in both Laudato Si' and Querida Amazonia.

"It's the idea that if we do face the reality, even if we've made a big mess so far, but if we face it with courage and with realism, it can be turned around with God's help," said Czerny. "And that's good news."