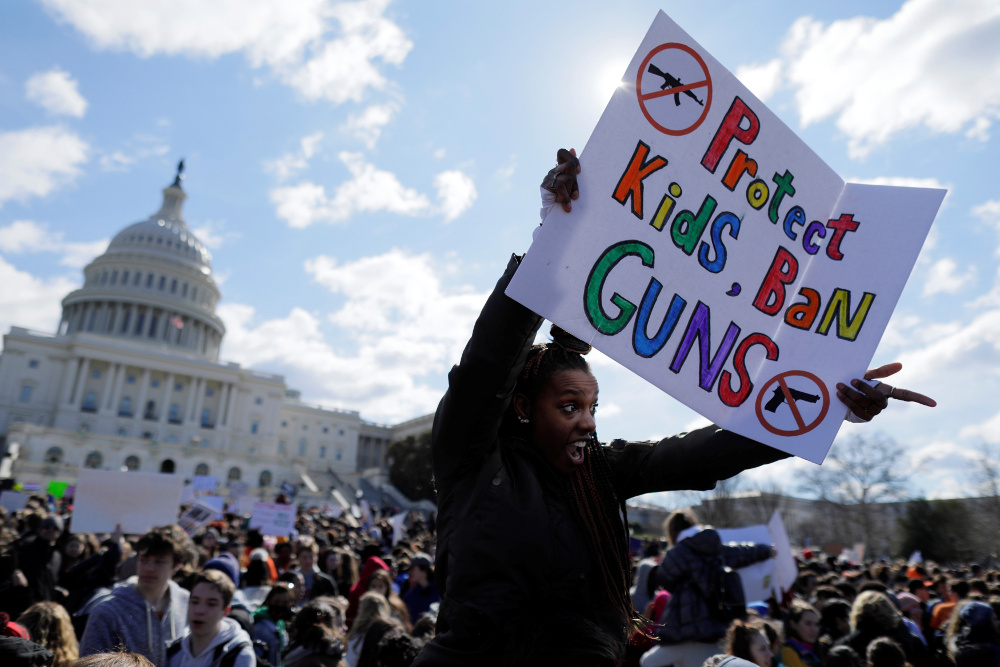 Among the legislative initiatives under discussion to stem gun violence, one in particular needs a massive show of support now. We need to encourage state and federal legislators to pass extreme risk protection order laws. These so-called "red-flag orders" allow law enforcement to take guns away temporarily from people who have been found by a judge to pose a threat to themselves or others.

These laws have been compared to domestic violence restraining orders and are sometimes called risk warrants. States that have passed extreme risk protection orders — namely California, Connecticut, Indiana, Oregon and Washington — have found them effective.

These laws' usefulness in getting guns out of the hands of potential mass shooters is probably obvious, as is their potential to protect victims of domestic violence. Studies of the Connecticut law have found that for every 10 to 20 risk warrants issued, at least one suicide was prevented. Given that every year some 22,000 people end their lives with firearms, these laws have great potential to save many lives.

These laws do not violate the Second Amendment, and they respect due process rights. Recent polling found that two out of three gun owners support red-flag laws.

White House press secretary Sarah Huckabee Sanders said March 12 that President Donald Trump is encouraging states to adopt extreme risk protection order laws because they are "things that we know have broad-based support and can immediately get done." Sanders is correct.

In early March, Florida passed a red-flag law, which was part of the demands of the students mobilized by the shooting deaths at Marjory Stoneman Douglas High School in Parkland, Florida. If a gun-friendly state like Florida can pass this legislation, so can others.

States should be the locus of this action. State courts are best suited to issue warrants, and local law enforcement is needed to serve them. For its part, Congress should create incentives so that states will act. But we also need amendments to the national instant background check system to prevent people served with risk protection orders from purchasing guns, and this will require federal action.

This story appears in the Gun Violence feature series. View the full series.
A version of this story appeared in the March 23-April 5, 2018 print issue.