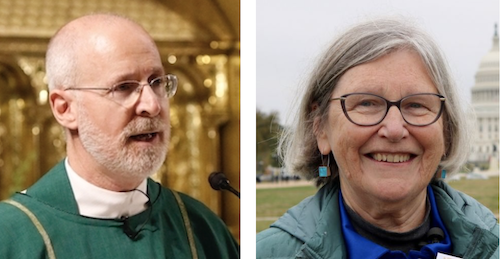 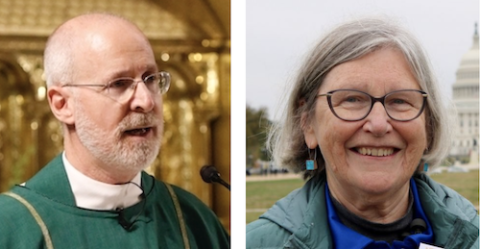 Jesuit Fr. James Martin will deliver an invocation at the Democratic National Convention this week where former Vice President Joe Biden will accept his party's formal nomination for president of the United States.

Martin, an editor-at-large at America Magazine and one of the most well known American priests on social media, will also be joined by a rabbi and an imam. All three will offer prayers on the final night of the convention, Aug. 20, when Biden is scheduled to speak.

Also speaking at the convention will be Social Service Sr. Simone Campbell, the executive director of Network a Catholic social justice lobby, which played a critical role in soliciting the support of many Catholic religious sisters behind the passage of the Affordable Care Act in 2010.

In an interview with NCR, Martin stressed that his role at the convention will not be political in nature.

"I was honored to be asked," said Martin. "Normally I shy away from anything overtly political, but it's hard to turn down a request to pray."

"Plus, I knew that Cardinal Dolan, whom I respect, had offered prayers during the last presidential election and, for good measure, I asked my Jesuit superiors, who approved," he continued.

Dolan, the archbishop of New York, offered closing prayers at both the Democratic and Republic conventions in 2012, and, in 2016, offered a prayer at the inauguration for President Donald Trump.

"I hope that my prayer to respect the dignity of all life — the unborn, the young Black person, the LGBTQ teen, the migrant — will help people find a way to build a more welcoming nation," he told NCR via email.

Martin has become closely associated with the promoting LGBTQ inclusion within the Catholic in recent years following the publication of his 2017 book, Building a Bridge: How the Catholic Church and the LGBT Community Can Enter into a Relationship of Respect, Compassion, and Sensitivity.

The book has sparked controversy among conservative Catholics. But it was endorsed by a number of high-ranking church officials, and Martin was a Vatican approved speaker at the 2018 World Meeting of Families in Dublin, Ireland. Martin, who is also a consultor to the Vatican's Secretariat for Communications, was received in a private audience with Pope Francis in 2019 where the two discussed his work as a Catholic ally of the LGBTQ community.

As the 2020 presidential election heads into its final months, both the Trump and Biden campaigns are making strong appeal to religious voters. In an interview with NCR last month, John McCarthy, the deputy national political director for the Biden campaign, said "faith outreach is probably the most integrated it's ever been on a presidential campaign" for a Democratic candidate.

The Democratic convention is formally taking place in Milwaukee, Wisconsin from Aug. 17 to 20, although due to the global pandemic, much of the convention, including Martin's prayer, will take place virtually.