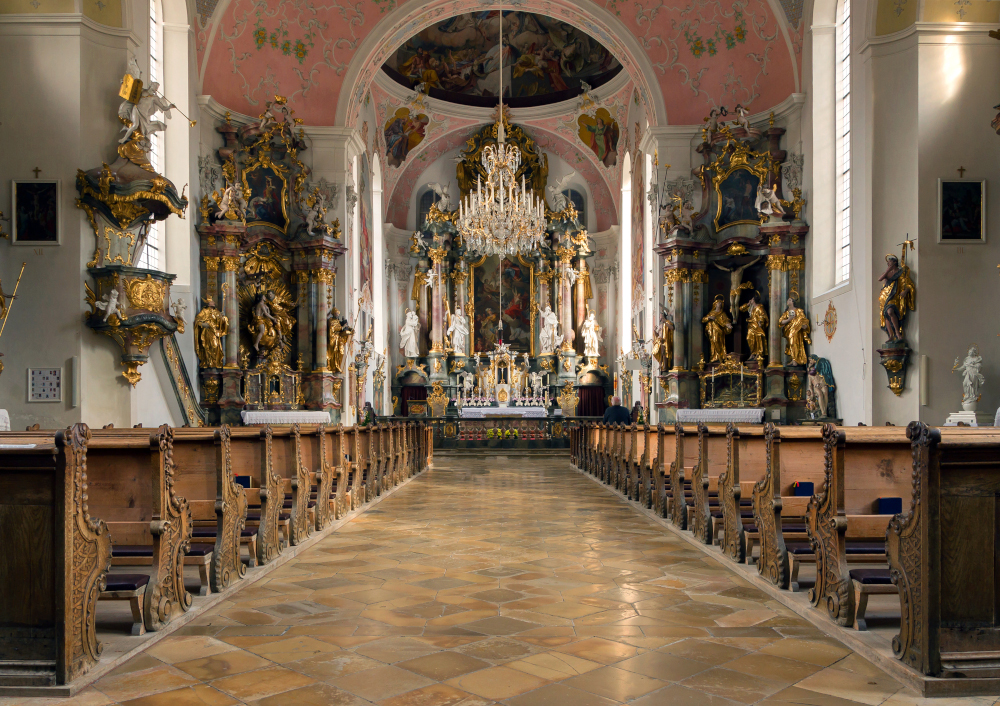 St. Peter and Paul Catholic Church in Oberammergau, Germany. Maintaining the elaborate, Baroque monuments can be slightly easier with the help of funding from the German state. Photo courtesy of Creative Commons

It's been 100 years since Germany's first democratic government decided to stop making generous payments to its Protestant and Roman Catholic churches — and did nothing about it.

The bill now runs to over half a billion euros a year — more than $560 million annually — but neither the current chancellor, Angela Merkel, nor the governors of the states that have to pony up that money show any interest in finally stopping the payments.

This year, as the centenary of that decision nears in August, some opposition members of Germany's parliament, the Bundestag, have threatened to introduce bills to cut off the money flow. An atheist group has begun an online clock counting "how long German politics has ignored the dictum of ideological neutrality."

But these efforts are marginal and most politicians see no way of stopping the payments, which are set to grow for years to come. 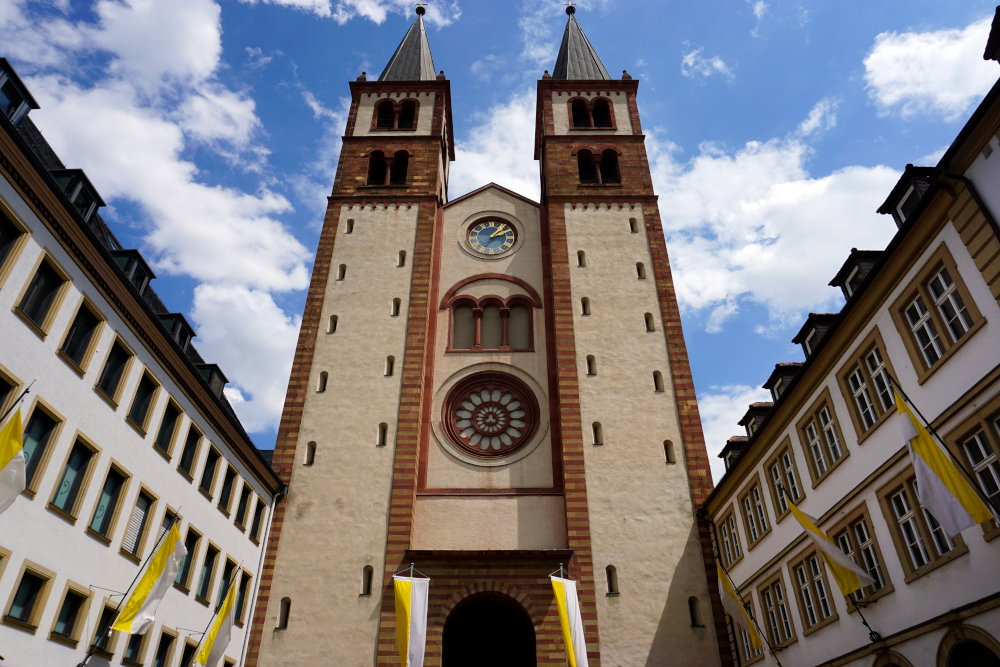 The Würzburg Cathedral in central Germany, and many churches throughout the country, can be kept in good shape due in part to ample funds provided by the German state. Photo courtesy of Creative Commons

"These numbers rise from year to year because they’re indexed," Protestant theologian Andreas Fincke told DLF radio on Tuesday (Feb. 12). "We’ve now gone over the half-billion mark for payments to the two churches. Since 1949, about 20 billion euros have flowed their way."

Germany’s main Christian churches already benefit from the separate "Kirchensteuer," the church tax that all members of the country's churches pay. Objectors can opt out of this tax — a surcharge of about 8 percent of their annual income tax — by leaving their church and forgoing any services, such as a religious wedding or funeral.

Officially, the historical payments known as "dotations," or endowments, fork out taxpayer funds to compensate the churches for valuable farmlands and buildings that secular rulers have taken from them over the centuries. Some were seized by the French after Napoleon annexed lands up to the western banks of the Rhine River two centuries ago; other confiscations go back to the Reformation.

The current law dates back to the Weimar Republic’s constitution of 1919, which West Germany simply copied into its Basic Law in 1949. According to the constitution, the national government should draw up guidelines for ending the dotations and Germany’s states work out a final payment to the churches.

That final payment has been the sticking point for the past century. "Ending these state subsidies with a one-off payment would cost billions of euros from the federal and state budgets," said Hermann Gröhe, the religious issues spokesman for Merkel’s Christian Democratic (CDU) party.

Rough estimates put the potential sum of a definitive settlement at a daunting 20 to 40 times the amount states now pay annually. Some confiscations go back so far that it’s almost impossible to say what they would be worth today.

"I don’t see an urgent need to act on this," said Lars Castellucci, the religious issues spokesman for the CDU’s Social Democratic (SPD) coalition partner. 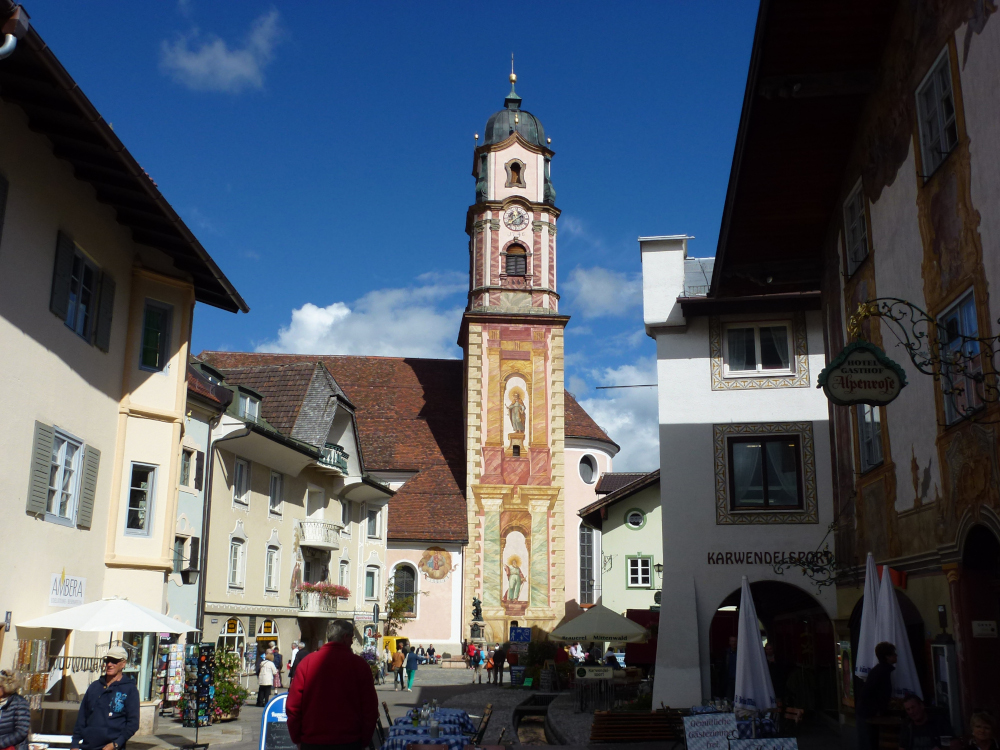 President Frank-Walter Steinmeier and Merkel made no mention of the financial time bomb when they praised the 1919 constitution during a 100-year commemoration ceremony in Weimar last week.

The combination of these dotations, the church tax law and state subsidies for their many faith-based social services has made Germany’s Protestant and Catholic churches among the richest in the world, with ample funds to finance everything from theological studies to overseas development projects.

Because they’re based on former church holdings, the payments vary from state to state. By far the largest are in the rich southwestern state of Baden-Württemberg, followed by equally prosperous Bavaria.

Poorer states in former communist eastern Germany pay much less, which is good for their budgets but a hardship for churches there.

For historical reasons, the city-states of Hamburg and Bremen don’t pay any dotations.

There is also some confusion about exactly what payments qualify as dotations. The churches say they received 520 million euros in total last year, while the Humanist Union, a leading critic of the payments, says they actually got 538 million euros.

According to the church figures, members of the Evangelical Church in Germany — a federation of Lutheran, Reformed and Prussian Union churches — received 317 million euros in dotations last year while the Catholic Church got 203 million euros.

Other religious groups such as the Jews, Muslims and other Protestants such as Baptists receive no dotations.

According to an opinion survey last year, 59 percent of those polled thought the churches should not receive these payments.

Both churches have said they are ready to discuss the dotations with politicians, but no government officials seem ready to consider the enormous sums they would have to pay to end them.

The churches would have to agree with any offer the politicians might finally make, a senior Protestant official in Berlin added.

"We’d have to get a sum that replaces what we’re now getting paid," Jörg Antoine told German radio. "It would depend on what they give us. Would it be property? Stocks? Money? Only then can we see what we can finance from that."