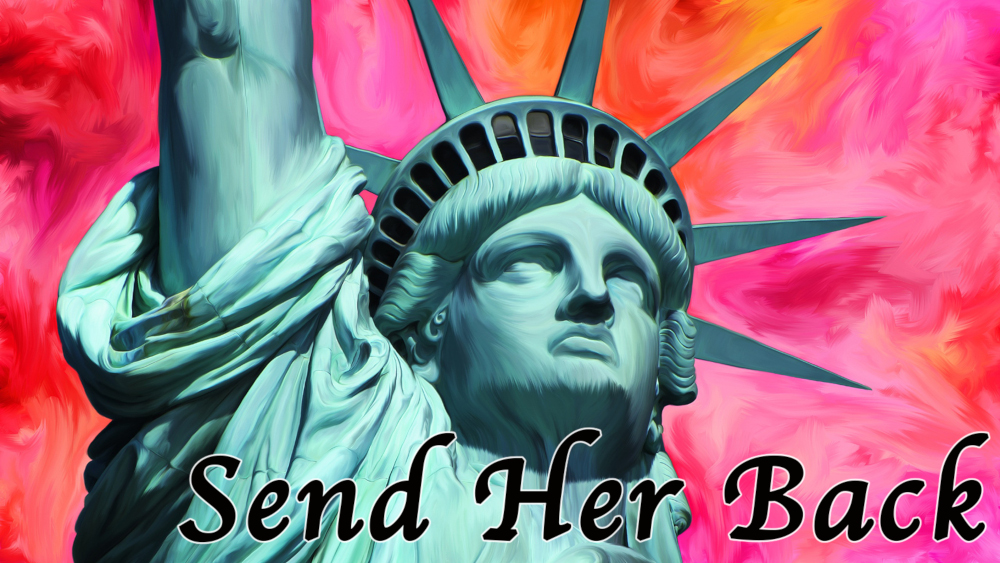 The purpose of this memo is to inform you of an upcoming raid to arrest a woman living in New York City who we plan to send back to her country of origin, France.

She entered our country in 1886 without a visa and has stayed here ever since. She never applied for citizenship and does not have a green card. She does not speak one word of English.

She flaunts her presence to the public, making no effort to hide. Images of her have been circulated throughout the country. This is very demoralizing for ICE officers whose obligation is to enforce our immigration laws.

She has never contributed anything to our economy. In all these years, she has never held a job. She never paid taxes. In fact, she is homeless and has never had a roof over her head. U.S. citizens have spent hundreds of millions of dollars for her upkeep.

She is unmarried and doesn’t go to church. With a name like "Liberty," she is obviously a woman of loose morals.

Although she refuses to join a political party, she is a troublemaker. 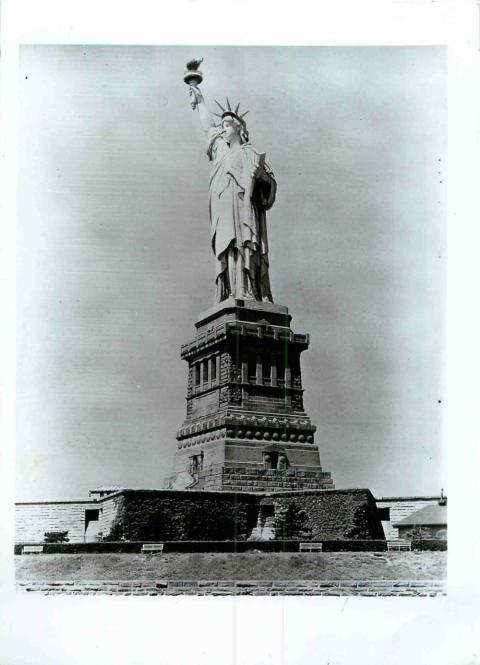 The Statue of Liberty in the early 1930s. (RNS file photo)

Since at least 1903, she has been encouraging the huddled masses, the homeless, the poor, the wretched refuse of the world to come to our country. Despite our best efforts, we were not able to keep out these undesirables and our country has been flooded with Irish, Poles, Italians, Catholics and Jews.

And although many of the descendants of these immigrants have now joined our efforts to keep new people out, Ms. Liberty has never stopped advocating for open borders.

This is intolerable. It must stop before more of these wretched masses enter our country. She must be silenced and sent home.

She is not only a troublemaker and a drain on our economy, she is also dangerous. She is always seen carrying a torch just a short distance from Wall Street.

She is clearly a threat to our way of life.

While we are grateful that she is under police guard, these officers are only lightly armed. The SWAT team sent to apprehend this dangerous criminal will need to be heavily armed because she is currently in a well-fortified location surrounded by water. We may need military assistance.

I hope you can get the president to tweet about this upcoming raid. True, if word gets out she may attempt to flee to a sanctuary city, but our sources report that at her age she is very slow moving. Also, her green complexion makes her stand out in a crowd of real Americans. We should have no problem finding her.

We may also have problems with children. Remember, when she first arrived, thousands of children donated nickels and dimes to help get her settled in New York. But if ICE threatens to put the children in cages, I am sure they will be deterred from coming to her rescue.

We must show that no one is above the law and that anyone who violates our immigration laws will be deported, no matter how long they have been here.

The time to act is now. Send her back!