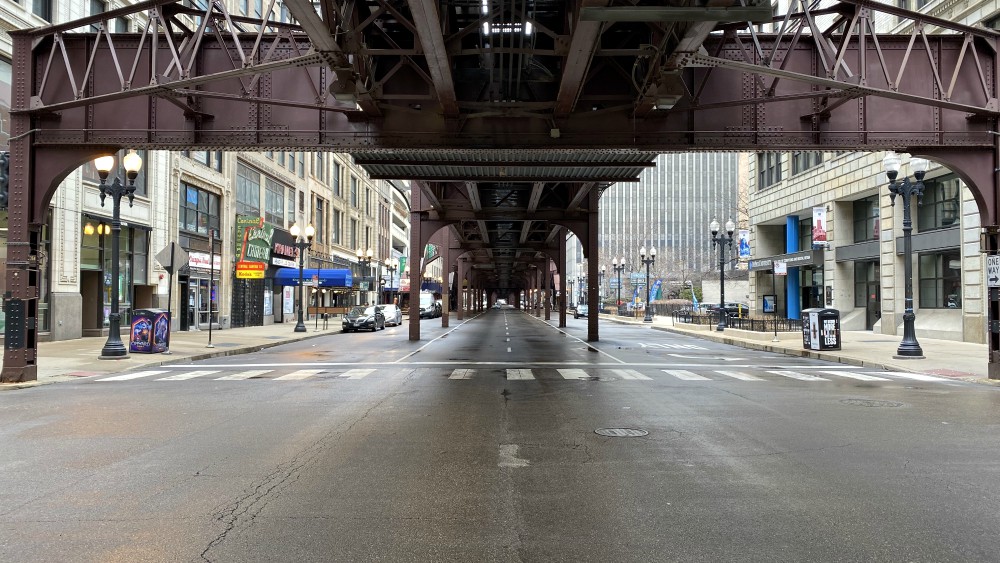 I grew up in a blue-collar family with white-collar roots. Perhaps I should explain: My parents have both worked my entire life to support me and my brother, three years my junior. For 23 years, my mom worked as a communications director at the high school she graduated from. Two years ago, she took a pay cut to work for an outpost of the St. Louis Archdiocese. My dad spent my early years working construction until he began his own venture as a landscaper. Besides brief stints by myself, my brother and a few of our friends, he's largely been his own sole employee. Mom and Dad worked, and that's always been that.

Both of their fathers labored in their own right: My mom is the oldest of five girls born between 1966 and 1985; my dad is the second of six children born between 1963 and 1980. They met in middle school, when my mom's family moved about a mile away from my dad's.

All three of my living grandparents remain active members of the same parish in South St. Louis County. My maternal grandfather still works, as much for the love of working as for anything else; my paternal grandfather retired in 2004 after four decades of private practice as a radiologist. Therein lie my white-collar roots.

The wealth hasn't trickled down through the generations, but it has kept us all stable when other families might have been done in. I never grew up with money, but I knew the rules about having it well enough to fit in with the rich kids in high school. I'm a blue-collar kid with white-collar roots.

I moved to Chicago this past September for a full-time master's program. I'd left a teaching job in Milwaukee, a town I fell in love with, and I delayed a return home to St. Louis, where my heart has never left. Money was always going to be a problem in Chicago, but I had plans to weather pending struggles: a campus job, a modest stipend, manageable loans. When it came down to it, the master's would pay for itself down the road.

Then January came, and the road was laden with ice and potholes. No matter: I could sign up as an Uber driver. I'd already been driving 15 miles each way between my apartment and campus every day, and the gas money would be nice. If I timed it right, I would make money for rent, too. Foolproof.

In Chicago, the ride-sharing market is ripe. There is great wealth in the neighborhoods north of downtown, and those white-collar workers have disposable incomes and company credit cards to spend on a private shuttle to their downtown offices.

The majority of the rides I gave were indeed of this sort: I'd rise around 5:45 a.m. to be out the door by 7 a.m., in time to capitalize on the morning rush hour. After three hours shuttling between the North Side and downtown, I'd head to campus until evening rush hour. From 4:30 p.m. to 7 p.m., I'd drive workers from their offices back home.

The extra time and miles were well worth the money, which averaged $25 an hour — a better rate than I earned as a teacher. I've struggled to reconcile that pay rate with the ease of work, but such is market demand: One party has a need, and they'll pay another party to fulfill it.

It can be tempting these days to speak of this capitalistic exchange as parasitic, wherein the haves leech off the blood of the have-nots. For those of us with less, it's a convenient excuse, and to a certain degree, it makes great sense as our economy collapses disproportionately upon wage workers and the underprivileged.

But this outlook misses the complexity of what I think is actually a symbiotic relationship: I, the blue-collar driver, and they, my white-collar passengers, needed each other. I got money, and they got to work. We were symbiotes, even if the symbiosis was uneven. I just needed to get by.

In mid-March, the gig economy was one of the first casualties of the economic shutdown. As workers turned to home offices, rides dwindled; those that remained didn't seem worth the risk of coronavirus infection.

Tax returns and stimulus checks held me over long enough to pay a couple months of rent and my final tuition bill, but May Day necessitated a return to work. Without passengers to drive, I turned to Uber Eats, which my dad also has found to be a great supplemental income.

My first week of food and package delivery has been concerning: logging more than 13 hours online, I earned a meager $39 — good for $3 an hour. Teacher pay would be nice right now. I want to work, and I need to work, but I have no symbiote to pair with.

St. Joseph has been on my mind a lot this week. We know him from Matthew's Gospel as Jesus' earthly father, and he remains with us as the patron saint of workers. A friend and colleague of mine often invoked him in prayer last year, when we were overburdened with work. Then, when the work seemed too much, it helped to remember the dignity of work itself.

Now, when the work is sparse, I find that reminder equally urgent.

Our economy is less parasitic than we might sometimes imagine, but its symbiotic nature only lasts as long as each party needs something from the other. In the limited space of ride-sharing, my income evaporates when the need for rides does. While one symbiote can survive indefinitely, the other grasps for money to pay the bills.

I cannot help but think of the essential workers whose services have only been called "essential" for two months. Before they earned the new moniker, they were post office workers, grocery clerks and nurses. Since they've earned it, their incomes have likely remained the same, which in most cases is less than the hourly wage I made as an Uber driver.

Even as an Uber driver, unmarried and without kids, I could only live paycheck-to-paycheck. What will happen if we lose the need for so-called essential services?

I entered grad school knowing the financial risks. I found work to mitigate those risks as they became ever more salient. Now, the gigs have run dry in the gig economy, and tens of millions of workers — essential and not — are without the work or funds to get where we need to be.

St. Joseph, pray for us.

[A native of St. Louis, Brian Dugan previously taught high school English and theology, and he is currently pursuing his master's degree in the humanities at the University of Chicago, where his coursework and thesis focus on philosophical and religious themes in European and American literature.]