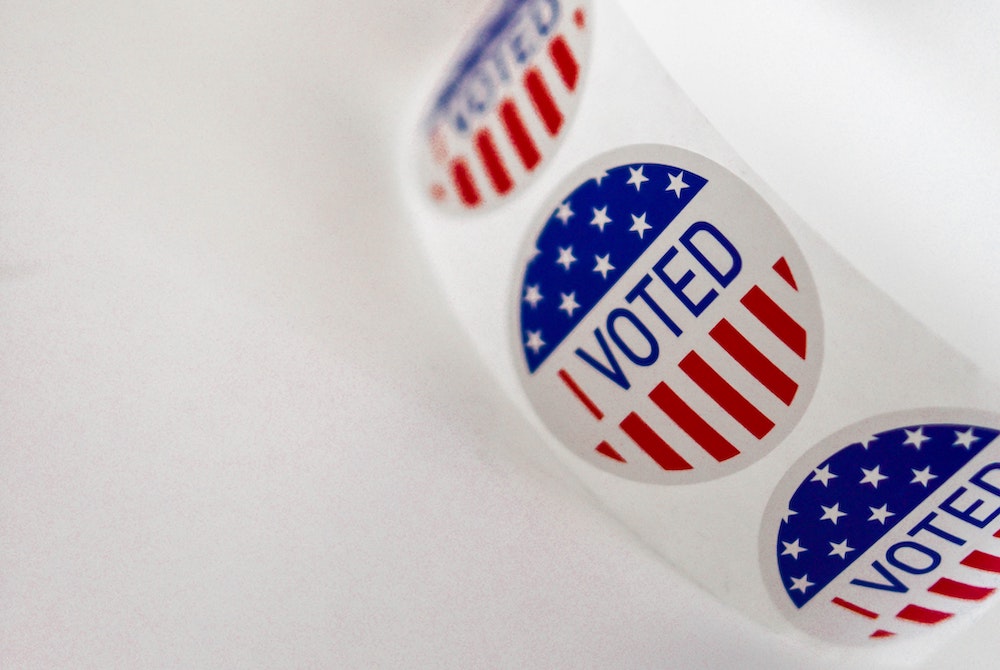 A number of individual U.S. bishops are using the presidential election year to offer their own reflections on how Catholics should approach the ballot box, often doubling down on emphasizing abortion.

In a letter issued on Sept. 14, Bishop James Johnston of the Diocese of Kansas City-St. Joseph, Missouri, wrote that "A Catholic voter would do well to weigh a candidate's position on each of these essential God-given rights that government has a duty to protect, beginning with the right to life."

He used the language of preeminence, saying that when he met with Pope Francis in January with other bishops from the region, the pope agreed that " the right to life for the unborn child is the preeminent issue because it is fundamental."

During the most recent debate over the update to "Forming Consciences for Faithful Citizenship" — the official U.S. bishops' conference voting guide — they voted to state in the document's introductory letter that the issue of abortion is the preeminent issue facing Catholic voters.

Johnston also said Catholic voters should consider issues such as "destructive research on human embryos, euthanasia and assisted suicide, the appointment of judges and Supreme Court Justices and conscience rights," along with how each party stands on how "sex education, orientation and gender identity will be taught in our public schools." 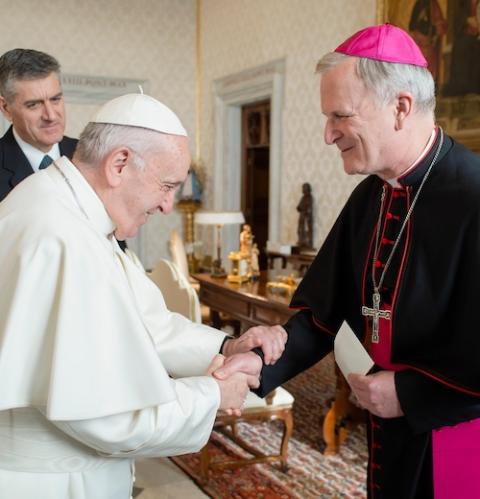 Absent from his letter is consideration of issues such as racial injustice, immigration or climate change — all of which are considered to be among Francis' chief areas of emphasis.

Bishop Donald Hying of Madison, Wisconsin echoed similar sentiments in his Sept. 23 column "How to vote according to our Catholic faith," writing that there are a range of issues, including fighting racism, poverty and for other marginalized populations, but that "abortion is the preeminent moral issue facing our nation."

"The choice of 'preeminent' is deliberate here, meaning that procured abortion surpasses all other moral issues in its urgency," he wrote.

"Personally, I cannot vote for a presidential candidate who advocates for the continued legalization of abortion," he continued. "If a candidate is fundamentally wrong on such a basic and preeminent human rights issue of grave consequence to the most innocent in our society and to our own future, how can I trust the candidate to make moral and prudent decisions on many other important social justice issues pertaining to the common good?"

Similarly, in a column published on Sept 25, Archbishop Samuel Aquila of Denver, Colorado warned that "Religious Freedom is on the Ballot."

Among the premier concerns for Catholics when they vote are: Who will protect human life at every stage? Who will protect natural marriage and the family? And finally, who will defend religious freedom, protect consciences and the right of people to live out their faith in every sphere of society?

He also encouraged Catholics to be informed on where candidates stand on these issues by reading the conservative-backed outlets the National Catholic Register and Catholic News Agency.

Yet a few bishops have chosen to point out that "Faithful Citizenship" also says that "a Catholic who rejects a candidate's unacceptable position on policies promoting an intrinsically evil act may decide to vote for that candidate for other morally grave reasons." 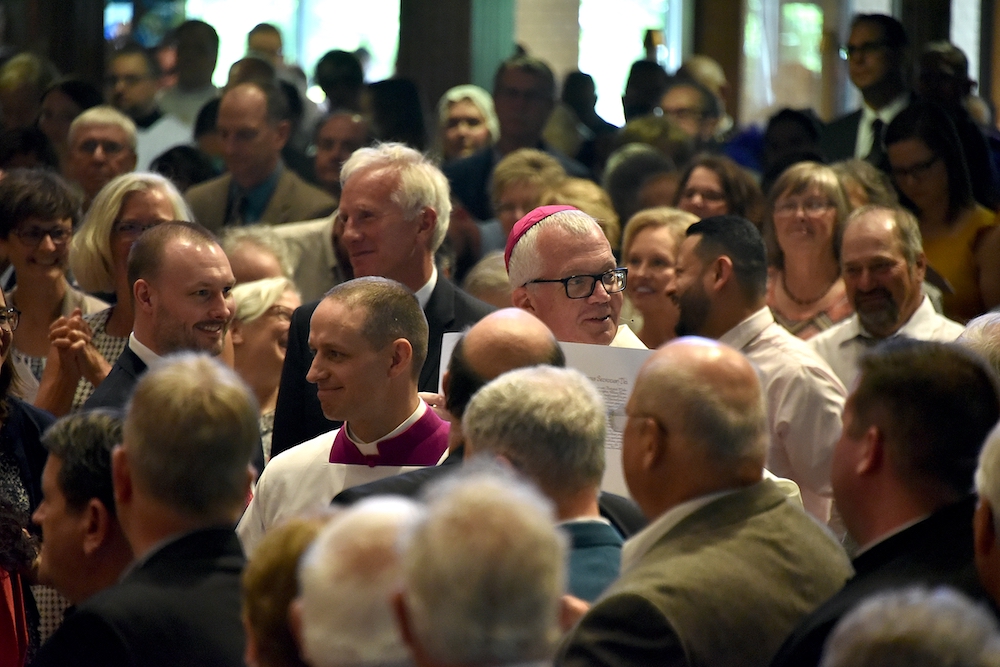 Bishop David Zubik of Pittsburgh, Pennsylvania penned a Sept. 22 letter to the diocese in which he said "life issues" were a major concern for the country, but included under that category abortion, racism, migration, concern for the environment, the fight against the death penalty and human trafficking.

In discussing the language of abortion being the "preeminent priority," he said that "some might argue for or against the matter at hand as being a 'single issue.' Both are correct. Respect for life IS the issue," Zubik wrote. "But it is a continuum of other issues, many issues, that flow from the beginning of life at the moment of conception. Again, every other iteration of life flows from the preeminent moment of conception."

Bishop Robert Deeley of Portland, Maine also issued a reflection on faithful citizenship, writing that Catholics should keep three things in mind when heading to the polls for this election: "Respect for the dignity of each human person is the core of Catholic social and moral teaching," a focus on the common good above personal interests, and the obligation "to form our consciences and participate in the civic life of this nation."

In a Sept. 25 column on conscience, candidates and discipleship in voting," Bishop Robert McElroy of San Diego revisited themes he had previously discussed during a lecture published earlier this year at NCR.

He wrote that "at least 10 salient goals emerge from the Gospel and the long tradition of Catholic faith" in this election cycle:

the promotion of a culture and legal structures that protect the life of unborn children; the reversal of the climate change that threatens the future of humanity and particularly devastates the poor and the marginalized; policies that safeguard the rights of immigrants and refugees in a moment of great intolerance; laws that protect the aged, the ill, and the disabled from the lure and the scourge of euthanasia and assisted suicide; quality health care for all Americans; vigorous opposition to racism in every form, both through cultural transformation and legal structures; the provision of work and the protection of workers' rights across America; systematic efforts to fight poverty and egregious inequalities of wealth; policies that promote marriage and family, which are so essential for society; and the protection of religious liberty.

Yet McElroy went on to write that "it is the candidate who is on the ballot, not a specific issue," and Catholic voters should be guided by concerns related to leadership, competence and character and guided by the virtue of prudence.

Cardinal Joseph Tobin of Newark, New Jersey wrote in a Sept. 29 letter that both faithful Catholics and all Americans should challenge "key planks of both the Republican and Democratic platforms."

"One party seeks to remove the unborn child from the moral equation and the other party endorses capital punishment and fails to treat migrants with human dignity by taking away their faces, their significance," he wrote.

Reflecting on "Faithful Citizenship," he said that "a candidate's position on one or more fundamental moral issues must be considered seriously, but it does not automatically determine how we should vote."

" 'Other morally grave reasons,' " he wrote, "may persuade us to vote for someone even if his or her position on an important issue is unacceptable to us."

In an essay titled "Single-issue voting has corrupted Christian political witness," published in America magazine on September 30, Bishop Mark Seitz of El Paso, Texas wrote that "For far too long, in pursuit of 'single-issue' strategies to end abortion, many Christians have scandalously turned a blind eye to real breakdowns in solidarity and dehumanizing policies, including crackdowns on worker rights and voting rights, the slashing of social support for the poor and sick, racism and the exploitation of immigrants and the environment."

While he slammed the Democratic party's "deepening dogmatism" on the issue of abortion, Seitz said that "Pope Francis has repeatedly challenged American Catholics to reframe our approach to abortion."

"We must repudiate any compromise of the moral integrity of the church's witness through partisan alignment with single-issue political strategies disconnected from an integral ethic of human life," he wrote. 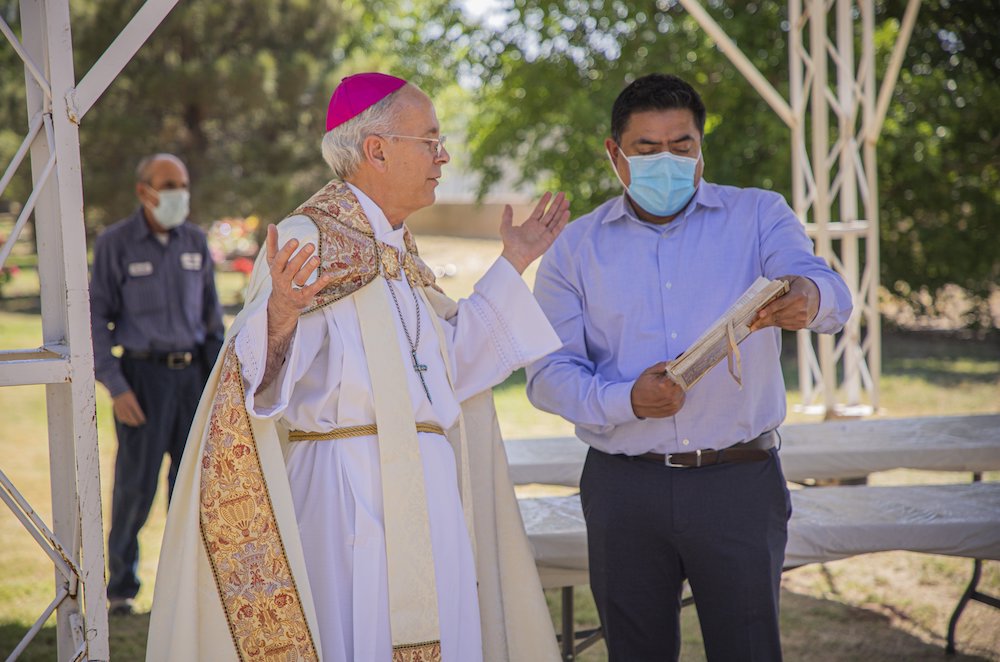 This story appears in the Election 2020 feature series. View the full series.
A version of this story appeared in the Oct 16-29, 2020 print issue under the headline: Individual bishops weigh in on election.