'Anybody can destroy democracy,' Honduran doctor says about government oppression 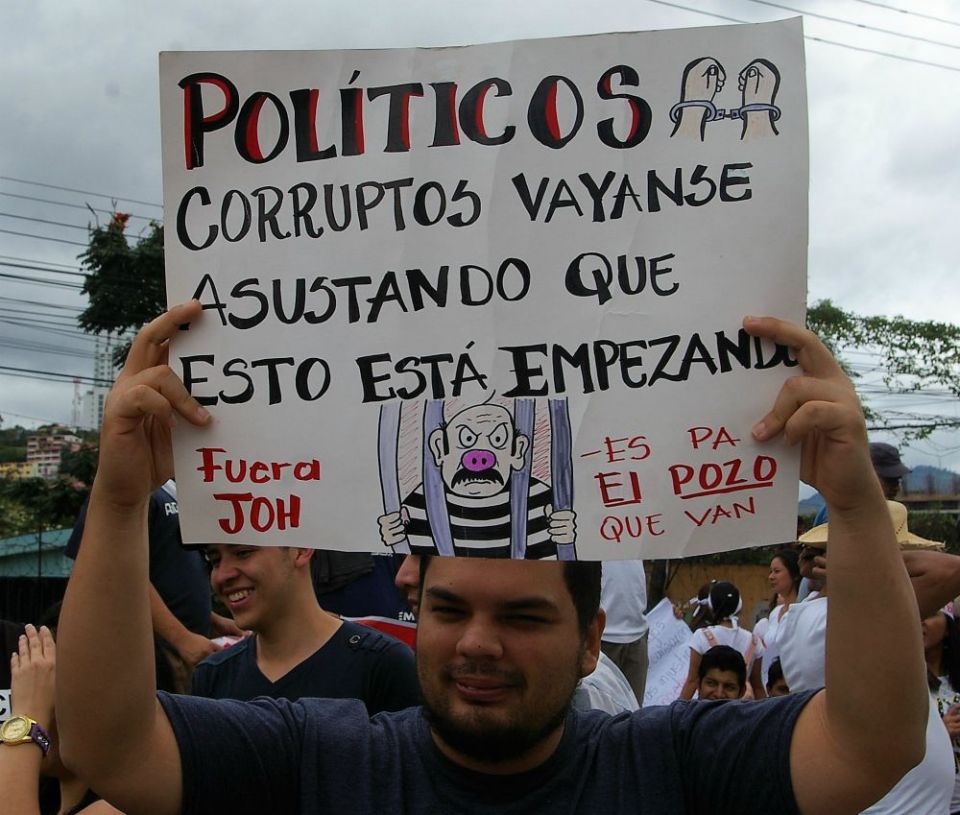 Protesters march against corruption and the reelection of Juan Orlando Hernández in Honduras in November 2017. (Dreamstime/Herbert Soriano)

A Honduran medical doctor serving the poorest of the poor in his politically ravaged country is appealing to U.S. citizens to help stem further bloodshed in the aftermath of what many Hondurans believe was a stolen presidential election.

Peaceful demonstrators have been killed and hundreds have been detained, many tortured and brutally beaten at military installations since the Nov. 26 election, which the government-controlled election tribunal has claimed was won by right-wing incumbent Juan Orlando Hernández.

Evidence of fraud was so great that the Organization of American States called "for a new election for the first time in its history," said Dr. Luther Castillo in an interview with NCR during which he expressed his fears that things will get much worse in his country before they get better.

The crisis, he said, is "much bigger than the stolen election," fueled by years of high crime, massive corruption, corporate theft of indigenous lands and abject poverty.

But the government does not dialogue, he said. "Their response is tear gas, assassination, the militarization of society. They think killing innocent people in the streets is going to stop them from protesting."

Castillo fears that the government is giving people no peaceful options, echoing an observation by President John F. Kennedy that those who make peaceful change impossible make violent revolution inevitable.

The Trump administration's endorsement of Hernández as the winner of the election, he said, sends "a message to the world that anybody can destroy democracy and take power by military force."

Castillo, a Harvard-educated former National Commissioner of Health, remains hopeful that American citizens will put pressure on members of Congress to stop using their tax dollars to train and finance the Honduran military which is "killing the poorest of the poor in my country."

Creating a more just Honduran society would curb drug trafficking and the flow of migrants northward, both which are U.S. government stated concerns, and one of the changes Castillo said he'd like to see in his country is providing health services to the poor, although it's an idea fiercely opposed by the country's elite.

Castillo was selected as "Honduran Doctor of the Year" by Rotary International's Tegucigalpa chapter in 2007, the same year he founded the first hospital in his indigenous Garifuna community, which doesn't charge the poor for its services.

It was built by the community and opened under an agreement with the government of then President Manuel Zelaya. It was supported by a number of
U.S. and other international organizations, with cooperative arrangements with several U.S. medical schools including Johns Hopkins and Emory.

The military shut it down in 2009 after it overthrew Zelaya in a coup, and had orders to arrest Castillo and shoot him if he resisted. His life was declared "at risk" by the Organization of American States Inter-American Commission on Human Rights. For a while, he never stayed in the same place.

The hospital eventually reopened, he said, but now the government has eliminated his staff of doctors, most of whom were trained like himself at the Latin American Medical School in Havana and all of whom were providing free health care to the poor.

Not only did it put at risk many of the elderly and seriously ill patients who had no alternative care, he said, but it was trying to destroy an alternative model of health care which is a "monument of dignity for our people."

"We waited more than 200 years for the government to build a hospital in our community and then built it ourselves," he said, only to have the government "deny us the opportunity to provide health care in our own facility."

"We are challenging the system and demonstrating that public health is possible, showing how much we can do with limited resources, how we promote healthcare and prevent people from getting sick, and make early diagnoses."

The problem is, he said, too many are profiting from the corruption in the system and don't believe the poor have a right to health care, "that they don't even have the right to get sick."

Many members of the military and police also have no health care, he said, and most of them were recruited from poor communities. They sign up, he said, "because they have no opportunities and no other choices. Their salaries are miserable, and thousands go untreated for chronic and preventable diseases. They live in bad conditions, and where they sleep they don't even have mattresses. Their children don't go to school. They don't eat well."

That is part of the reason, he said, many members of the Cobras police unit refused to continue repressing their fellow countrymen during the state of siege Hernández imposed after the election.

While the martial law edict has officially been lifted, the repression has not ended, he said. Soon after Hernández was declared the winner, a doctor at the hospital was shot four times, he said, and people have been disappeared. "We don't know where they are. It's returning to the terror in the 1980s" when a notorious death squad — Battalion 3-16 — disappeared people seeking change. In fact, he said, a former Battalion 3-16 leader is currently a security advisor to the government.

Getting the truth out, he said, has been difficult because the government controls more than 90 percent of the media and journalists have been attacked and arrested. On Dec. 10, Radio Progreso, the Jesuit-run station in northern Honduras, was sabotaged, its transmission tower and antenna were heavily damaged.

"The only way we can communicate is through social media," he said, with people video-recording acts of violence by the military and putting it on Facebook. However, most of the videos showing protestors being shot have now been removed from Facebook and other sites.

Castillo hangs onto the hope that American citizens won't forget about his country, that they will pressure their government to cut off funding to Honduras and stop training its military.

A version of this story appeared in the Jan 12-25, 2018 print issue under the headline: Bloodshed follows election in Honduras .