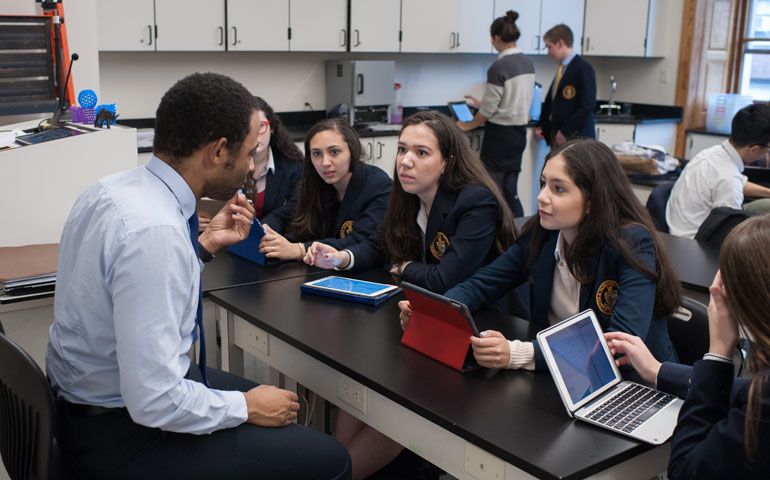 New York — At Loyola School here on the Upper East Side, high school biology means more than dissecting frogs. It includes the science of forensics combined with a Jesuit sense of social justice.

Students learn how DNA can be used to identify people, examining how that scientific technique has been applied to link disappeared parents and their children from 1980s Argentina. Back in that country's "dirty war," as many as 26,000 political activists were killed by the military regime. An estimated 500 of their children were passed on to supporters of the government. The children are now adults in their 30s, many with unanswered questions about their own backgrounds.

DNA has been used as a tool to identify the parents of those children, bringing closure to a tragic mystery in many cases. Loyola students learn about the science of unraveling the mystery, as well as the political and social concerns that inspired the activists and the reasons why they were opposed so harshly. Via the study of a single era in one country, students learn about culture, history and science combined.

This is just one example of the Jesuit school's Global Initiatives, bringing all aspects of the curriculum into developing citizens prepared to be active in the world. While many schools promote global learning via field trips and social projects, "our starting point is to embed this into our curriculum," Adam Lewis, Loyola principal and an Australian native, told NCR.

Projects involve all Loyola students, not just a select slice who are able to go on foreign trips or work on service projects.

Through the lessons in the DNA component of biology, students "learn that science can be a tool for social justice, that a simple scientific technique was able to change lives," said Jacques Joseph, a Loyola science teacher who is from Haiti and Canada.

The Global Initiatives program permeates Loyola. The school newspaper features articles on a school trip to Costa Rica, where a dozen students participated in a service project to build basketball courts in an impoverished neighborhood. Another article calls for a compassionate U.S. immigration policy.

Chandler 2nd from left with backpack.jpg 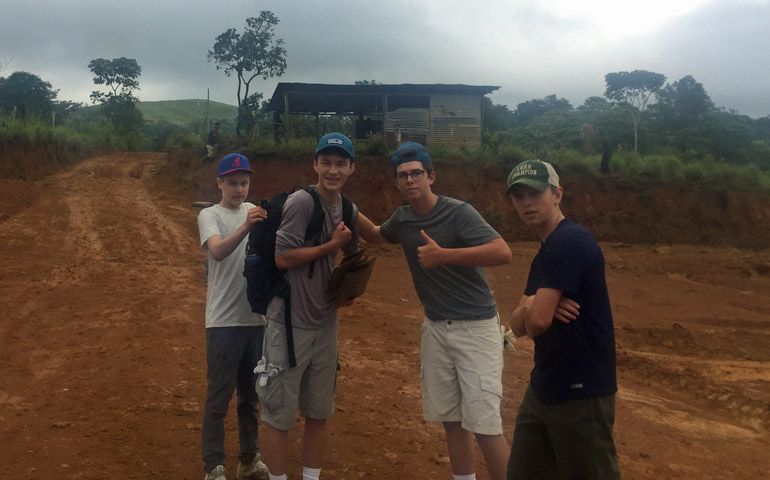 Loyola is a high-tuition school with a Park Avenue address that gives it a reputation for exclusivity. But its global program doesn't need to cost much, said the school's administrators. While some of the program includes extensive mission trips like the one to Costa Rica, much of it uses the multicultural world of New York City right outside its doors.

Students take the subway to such sites as Ellis Island to study immigration, and the Tenement Museum on the Lower East Side to explore how immigrants lived in 19th-century New York. They also visit the 9/11 Museum at the site of the World Trade Center in Lower Manhattan.

Global Initiatives developed out of a series of conferences on Jesuit education in Rio de Janeiro; Seville, Spain; and Boston. There, educators, including those from Loyola, discussed how to connect the Jesuit mission of their schools with a global perspective. The conference themes were nurtured via extensive internet links across the global network of Jesuit schools.

Tony Oroszlany, Loyola president, said that Global Initiatives is a response to the school's Jesuit heritage. One theme that emerged was to be true to Jesuit tradition while engaging the world, living, as former Jesuit superior Fr. Pedro Arrupe described it, on "the edge of the past and the future."

Trump's 'Remain in Mexico' policy expanded to now include Brazilians