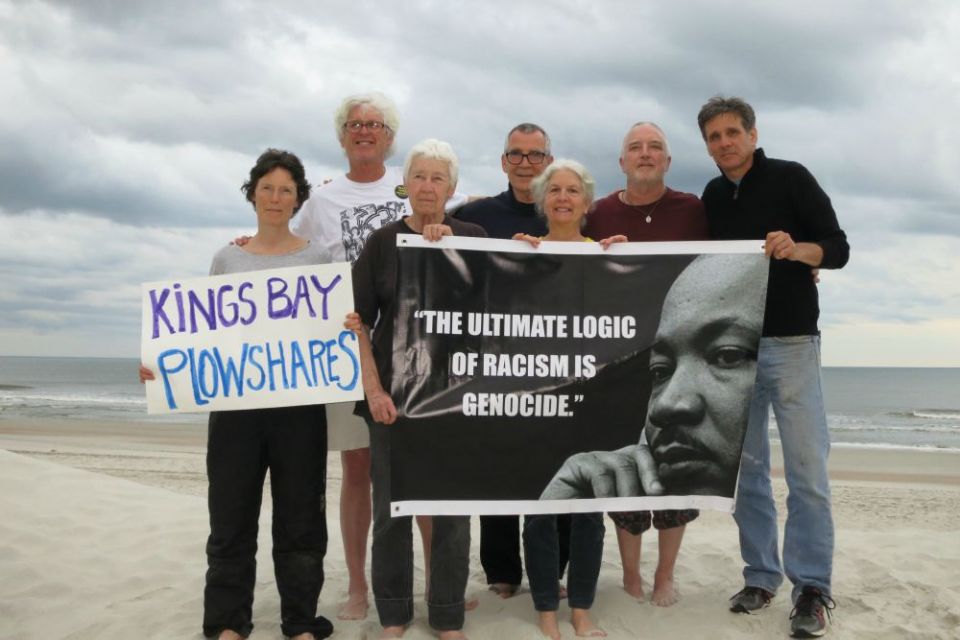 Two of the seven Catholic peace activists who broke into a nuclear submarine base three years ago left prison this week as part of an early release agreement.

Hennessy, who was imprisoned at the Federal Correctional Institution in Danbury, Connecticut, reported to a halfway house in New Hampshire. The halfway house is a two-hour drive from her home in Vermont and she is expected to be allowed to go home in a few weeks.

Trotta was released from the Federal Correctional Institution in Otisville, New York, and will spend the remainder of his 14-month sentence in home confinement at a friend's apartment in New York. He had hoped to return to St. Joseph's House, where he has worked for 40 years, but the Bureau of Prisons determined it wasn't safe from COVID-19.

The two, along with five others, were convicted in 2019 of destruction of property, depredation of government property, trespass and conspiracy.

The group, known as the Kings Bay Plowshares 7, attempted to symbolically disarm a stockpile of nuclear weapons at the Kings Bay Naval Base in Georgia on April 4, 2018. They believe nuclear arms are not only immoral but illegal under international law, citing the United Nations' Treaty on the Prohibition of Nuclear Weapons, which was entered into force this year by the ratification of more than 50 countries, not including the United States.

During the break-in, the group cut a padlock, and later a security fence. They spilled blood on a Navy wall insignia, spray-painted anti-war slogans on a walkway and banged on a monument to nuclear warfare.

Two others — Jesuit Fr. Stephen Kelly and Elizabeth McAlister, a former nun and activist who was excommunicated from the Catholic Church — are no longer in prison. They refused the conditions of bail; Kelly spent 30 months at Glynn County Detention Center in Brunswick, Georgia; McAlister, 17 months.

Both Trotta and Hennessy served six months in prison.