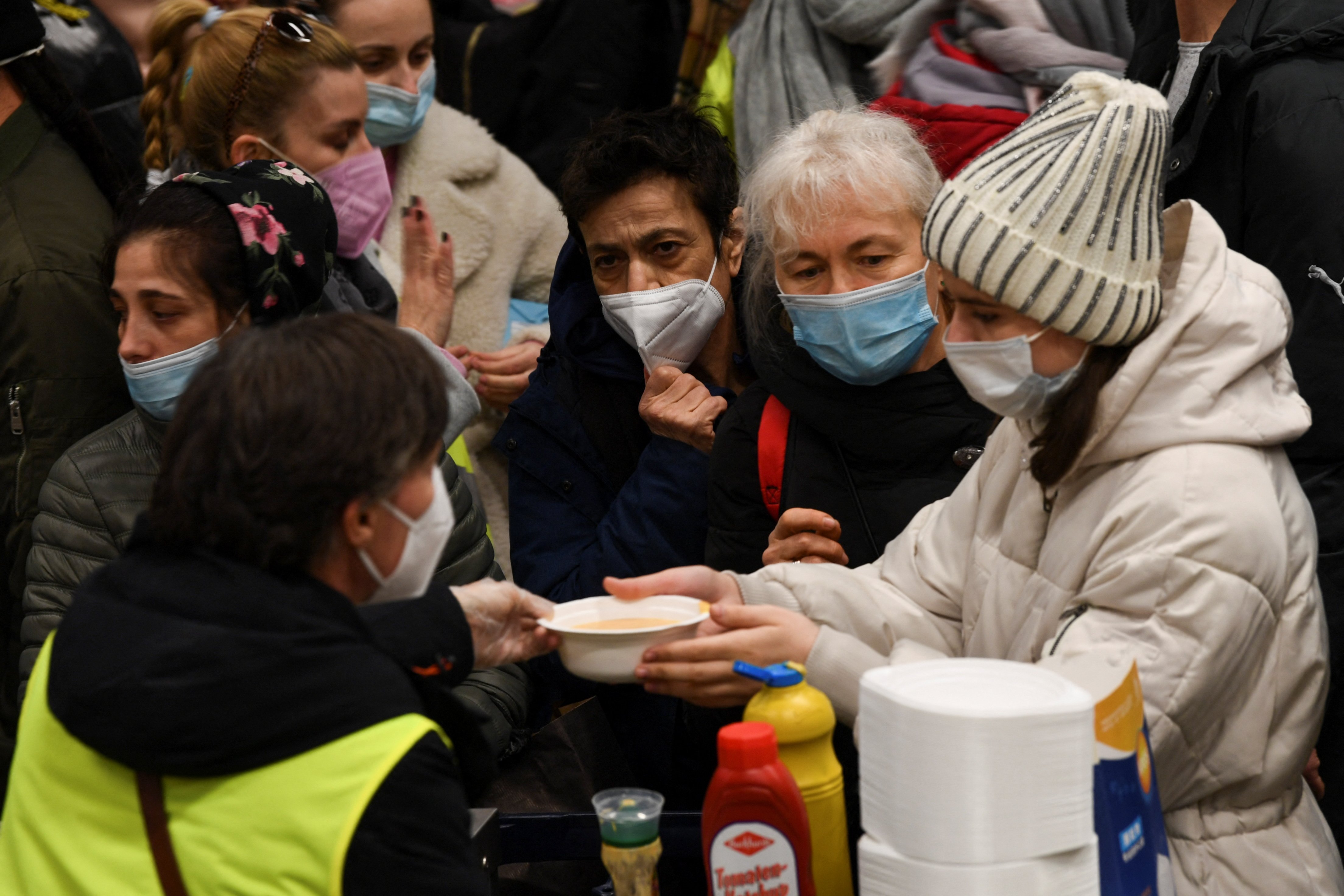 A volunteer hands a bowl of soup to a woman fleeing the Russian war in Ukraine at Berlin's central station March 9, 2022. (CNS photo/Annegret Hilse, Reuters)

VATICAN CITY — As Russian bombardments continue to decimate Ukraine, Pope Francis prayed that God would free the world from war and the need to self-destruct.

"May the Lord send us his Spirit so that we may understand that war is a defeat for humanity, that those who make war have a need for defeat and may he free us from this need of self-destruction," the pope said March 23 during his weekly general audience.

Before concluding the audience, the pope led pilgrims in praying a Hail Mary to remember the innocent victims of the war in Ukraine, especially those "who are displaced, who have fled, the people who have died, the wounded and so many soldiers who have fallen, those on both sides."

According to a report published by the U.N. Office of the High Commissioner for Human Rights March 20, at least 902 civilians, including 75 children, have been killed since Russia's attack on the country began nearly a month ago. The report said the U.N. believes "the actual figures are considerably higher," but intense bombardments have made it impossible to verify other reports.

For example, in his address to the Italian parliament March 22, Ukrainian President Volodymyr Zelenskyy said that due to Russia's heavy bombing of the port city of Mariupol, "there is nothing left there."

With the intensity of the attacks, particularly on non-military targets and residential areas, some believe that Russia, having failed to capture the capital city of Kyiv, is now waging a war of attrition to wear down Ukraine's defenses.

"It is news of death," the pope said of the escalating violence and loss of life. "We ask the Lord of life to free us from this death of war. With war, everything is lost. Everything. There is no victory in war. It is all defeat."

Addressing world leaders, Pope Francis insisted the manufacturing and deployment of weapons "is not the solution to the problem."

"The solution is working together for peace, and as the Bible says, of turning weapons into instruments of peace," the pope said.