'We are better than this,' deacon says before Johnson's execution 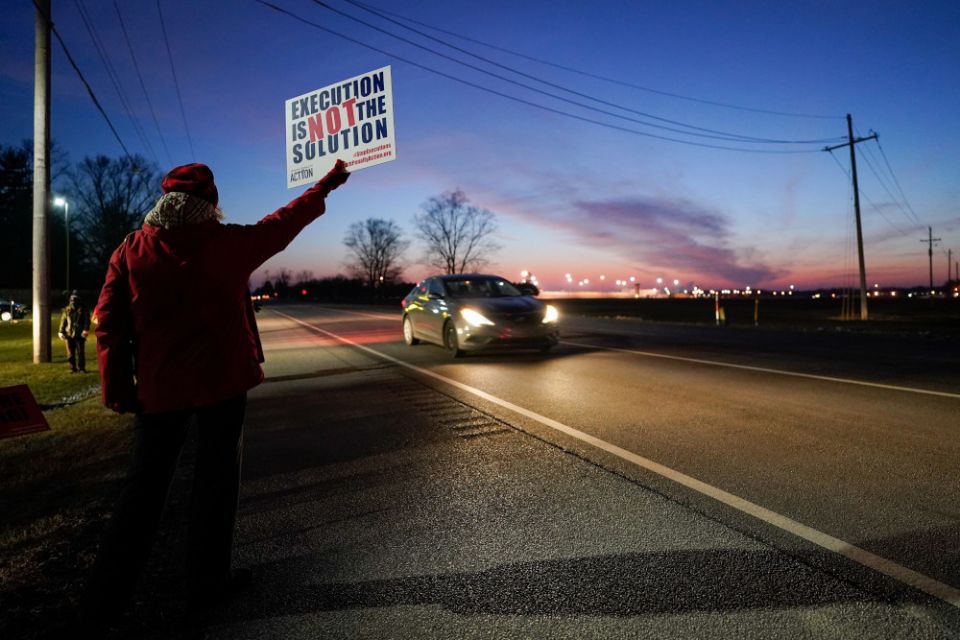 An opponent of the death penalty protests at the U.S. Penitentiary in Terre Haute, Ind., Jan. 12, 2021. In Virginia Gov. Ralph Northam said he supports a bill introduced by legislators Jan. 13 to end capital punishment in the state. (CNS/Reuters/Bryan Woolston)

Washington — The Supreme Court Jan. 14 cleared the path for the federal government to execute Corey Johnson after denying his two last-minute appeals.

The nation's high court denied Johnson's appeal for a postponement of his execution since he was suffering from COVID-19 and his appeal to seek a reduced sentence based on his intellectual ability under a 2018 prison-reform law.

Johnson, 52, was pronounced dead by lethal injection at 11:34 p.m. EST Jan. 14 at a federal prison in Terre Haute, Indiana. His was the 12th federal execution since last summer.

In his final statement, Johnson, a former drug trafficker, said to the families victimized by his actions that he was sorry and he listed the names of the 1992 Virginia murder victims, asking that they be remembered.

"I would have said I was sorry before, but I didn't know how. I hope you will find peace," he wrote.

He also said he was "not the same man that I was" nearly 30 years ago and thanked the prison chaplain, his legal team and the staff in the special containment unit.

At the time of his death, a small group of anti-death penalty activists were holding a vigil, praying for Johnson and his victims near the federal prison in Indiana, where Lisa Montgomery was put to death Jan. 13 and Dustin Higgs is scheduled to be executed Jan. 15.

Higgs' execution is currently blocked by lower-court orders involving the legality of the federal government carrying out the execution in accordance with Indiana law since Higgs was convicted in Maryland. The government is appealing this ruling. 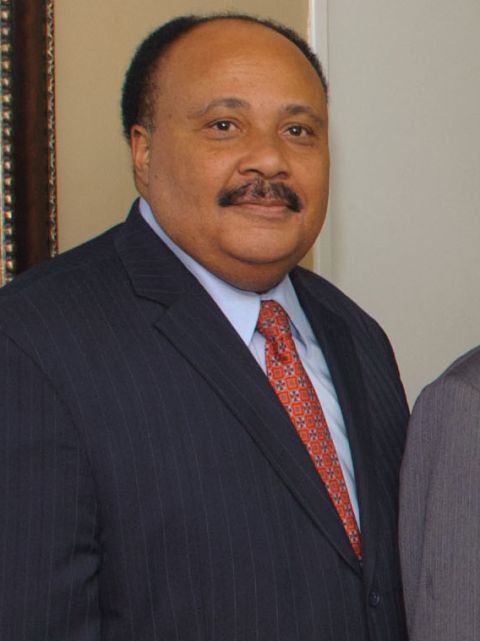 In their letter, they said: "Alternative sentences, such as life without parole, are punishments through which society can be kept safe. The death penalty does not create a path to justice. Rather, it contributes to the growing disrespect for human life and perpetuates a cycle of violence in our society."

Higgs, 48, was convicted of ordering the 1996 murders of three women on land owned by the federal Patuxent Wildlife Research Center in Maryland.

In the hours prior to each federal execution since they resumed last summer, Catholic Mobilizing Network has been holding virtual prayer vigils. During the Jan. 14 vigil for Johnson, participants prayed that Johnson would feel God's presence and they also prayed for his victims and their families.

Deacon Albert Anderson Jr. from St. Joseph Catholic Church in Alexandria, Virginia, gave a reflection during the Zoom prayer vigil that emphasized the harm caused by the death penalty.

"Killing the sinner doesn't protect us from sin but draws us deeper into the cycle of death," he said. He added that capital punishment does not bring healing to victims' families.

The deacon said Johnson's crime was horrible, but he also stressed that he is "made in the image of God" and like everyone, has the possibility of redemption.

"We are better than this; this must end," he said of the nation's use of the death penalty.

A statement by Virginia bishops Michael F. Burbidge of Arlington and Barry C. Knestout of Richmond also was read during the vigil. They thanked participants for their "commitment and courage."

The bishops' statement included an excerpt of a letter they wrote to Trump in December, asking him to commute Johnson's sentence. In it they called the death penalty "an offense to the inviolability of life and to the dignity of the human person; it likewise contradicts God's plan for individuals and society and his merciful justice."

He said that when his father was asked in 1957 if he thought God approved of the death penalty for certain crimes he responded: "I do not think that God approves the death penalty for any crime." He also quoted his father as saying that capital punishment is "against the better judgment of modern criminology and, above all, against the highest expression of love in the nature of God."

King, writing before Johnson was put to death, pointed out his "intellectual disability should preclude his execution" and he said that Higgs was "convicted for his involvement in the murder of three women, though he didn't personally kill anyone."

He said Jan. 15 would have been his father's 92nd birthday and "nothing could dishonor his legacy more profoundly than if these executions go forward."

Justice | 'We are better than this,' deacon says before Johnson's execution