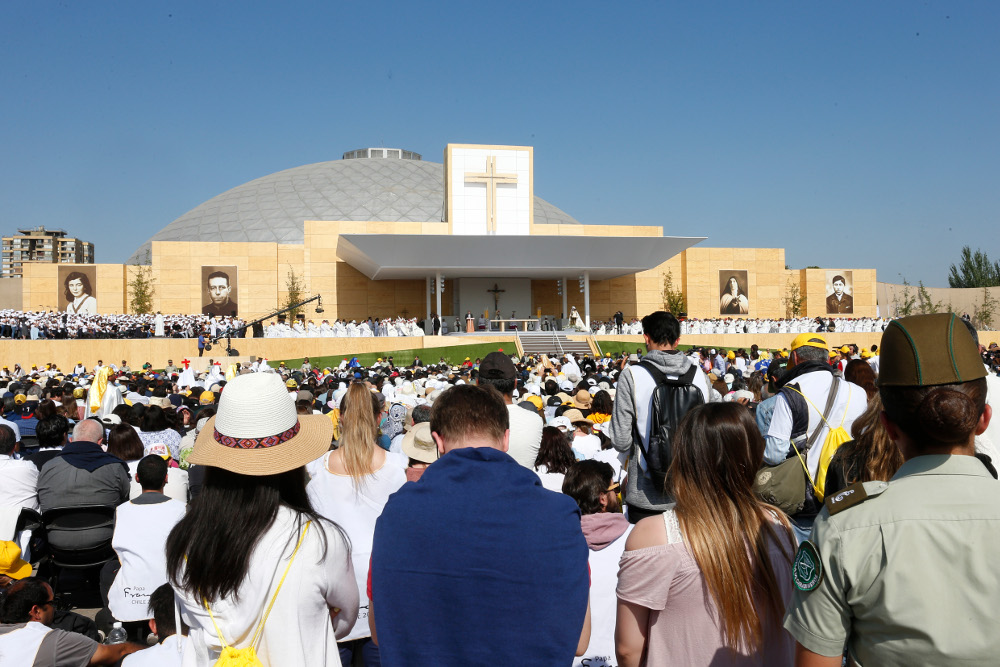 Both small and large yellow flags waved throughout the 200 acres of O'Higgins Park, where Pope Francis celebrated Mass for 400,000 people in Santiago, Chile on Jan. 16.

The pope kicked off his trip to Chile and Peru here in the nation's capital, arriving Jan. 15, meeting with political leaders before Mass. The speech was broadcast on several big screens to a calm crowd throughout the park.

In that speech, he apologized on behalf of the church for the sexual abuse committed by Catholic priests in Chile. Expressing his "pain and shame," Francis asked for forgiveness for the "irreparable damage caused to children. The park grew dead silent, and soon erupted in applause.

One man who volunteered for the papal audience said that he thinks that message is really for the whole world — not just for Chile, despite its well-known case involving a bishop covering up sex abuse by a prominent priest in the '80s and '90s.

"The issue of sex abuse in the church has been a complicated one for the whole world, the universal church, and the church needs to own up to that, seek forgiveness, and for us to forgive each other and to prevent abuses from happening," he said. "But rather than saying this is something for Chile to react to, I think this is a global issue and that he was addressing to the world." 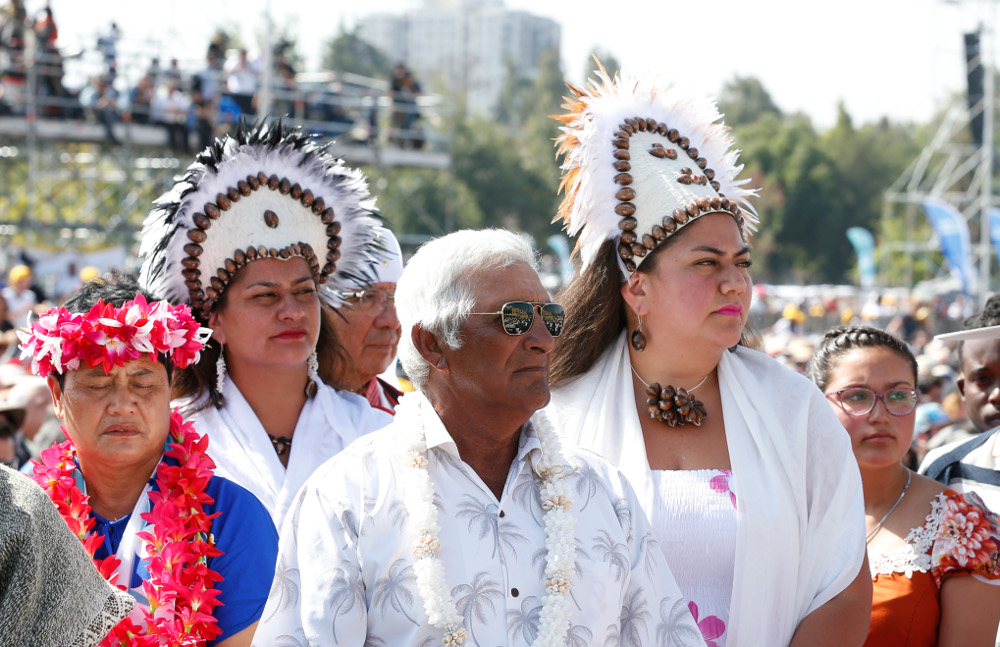 Another man who attended, this one in his late 60s, said the papal audience was "absolutely extraordinary."

"Here we suffered so much when St. Pope John Paul II came," he said, referencing the 1987 papal Mass in the same park that was interrupted by protestors in opposition of the military regime of Pinochet. (Here was when John Paul famously said, "Love is stronger.")

"I remember that day so vividly, and am happy that today was pure joy."

One woman in her late 70s said it was "such a profound experience, moving and beautiful. I'd say more but the whole thing makes me so emotional," she said choking back tears. Another woman, in her early 30s, said she recorded the entire ceremony so that her family who couldn't attend can watch it later.

Travelers from all over Latin America made their presence visible by bringing their country flag, most notably Argentina, which appeared to be the most popular visiting country.

One priest came with a group from Argentina's Diocese of San Luis — the Argentine flag dangling from his backpack, while many in his group wore Argentine soccer jerseys.

"I see St. Peter in [Pope Francis], the true vicar of Christ. And getting to witness that in front of me, and participating in Mass and the Eucharist, that's my most memorable takeaway. That and his message of living the Gospel joyously. We can't forget to do that in our day to day," he said.

During the homily, Francis quoted St. Alberto Hurtado, whose sanctuary he was to visit later that day: "It's good not to do bad, but it's bad not to do good."

"What he [Pope Francis] said was so direct, and what I was hoping to hear: on justice, and what he asks on behalf of the poor, the young, the children."

One woman in her late 60s said that was her favorite part of the day, primarily because it was a testament to Francis' ability to speak in the language of the people who need to listen.

"What he said was so direct, and what I was hoping to hear: on justice, and what he asks on behalf of the poor, the young, the children. He's like a continuation of John Paul II's message — that the poor can't wait. That's why people are here," she said. "Because he speaks to us, like he knows what we need to hear.

"It really did feel very 'nothing' before he arrived, like the city wasn't doing anything or excited about today. But I think the energy today came from the Holy Spirit. Its presence was felt here, and any lack of enthusiasm that might have lingered in the city disappeared today. And now we're left with the pope's love."