'The Banker' is a bodacious film about social activism 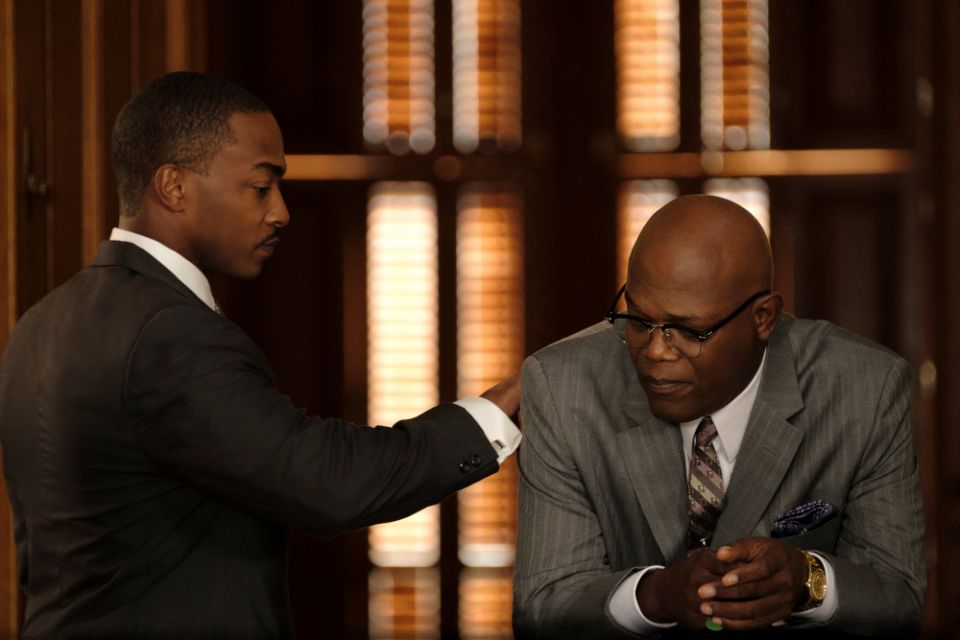 In 1954, 13-year-old Bernard Garrett hangs around a bank in Marlin, Texas, listening to men in suits talk money and business and real estate deals. He writes mathematical formulas in a notebook and promises himself and his father, Britton, (Gregory Allen Williams) that he will one day be rich just like them.

In 1963, Garrett (Anthony Mackie), married to a former club entertainer Eunice (Nia Long) with a young son, Bernard Jr., (Jaylon Gordon), move to Los Angeles where Garrett sees more opportunity even though they just made serious money in a venture in Houston. But Garrett discovers that as a black man, the banks won't lend him money to purchase real estate.

Eunice wants him to partner with her former boss, Joe Morris (Samuel L. Jackson), owner of the famous Plantation Club, but Garrett doesn't want to be associated with him. Instead, Garrett cleverly partners with a white real estate broker, Patrick Barker (Colm Meaney), and the two buy multiple properties bordering on white residential areas and renovate them.

When Barker dies suddenly, the extremely intelligent and proper Garrett is forced to work with the street savvy and gregarious Morris, who also owns multiple properties. Now they are two black men to whom the banks won't lend money, so they scheme to buy the then tallest office building in downtown Los Angeles where several banks have their main offices. They figure the banks will respect them once they realize they are their landlords.

To do this, the pair engage Matt Steiner (Nicholas Hoult), a white friend of Garrett's nephew. Garrett and Morris have a month to teach the young man how to play golf, learn algebra and memorize calculations, so he can buy the building for them.

How this part of the story is told is one of the highlights. I am not a math person, but the filmmakers here make a risky calculation that the audience will be mesmerized by numbers and truth be told, I was. I grossly underappreciate financial accounting, but I find complex math, when presented like this, or in films like "The Imitation Game," "The Man who Knew Infinity" or "Hidden Figures," to be beautiful.

Later in the film, Garrett and Morris are wealthy men and on an audacious roll. When Garrett, Eunice and Bernard, Jr. visit their family in Marlin, Garrett sees how his former black neighbors have no way to get loans to own their own homes, build businesses and create wealth. A kind of "red lining" or zoning classify their neighborhoods so residents have no credit just because of their addresses. He decides to buy the bank and calls Morris and Steiner to help him. This time, the bank's owner Robert Florence Sr. (Alphie Hyorth) is a little suspicious but with cash in hand, sells the bank to Steiner and his partners — Garrett and Morris disguised as chauffeurs. Robert Florence Jr. (Scott Johnson) works at the bank and knows something doesn't feel right, though everything is legal. Steiner is made the new president and he operates under the watchful eye of Eunice, disguised as a cleaning woman.

Garrett and Morris visit the local black churches and ask the ministers spread the news that loans can now be taken out at the bank. But Steiner moves too quickly and makes too many seemingly unsecured loans too fast. Just as Florence Jr. threatens to report him to the federal review board, Steiner proposes to Garrett and Morris they buy up bad loans from other banks to create cash flow and cover the loans. The men reluctantly agree and this is when things start to fall apart. 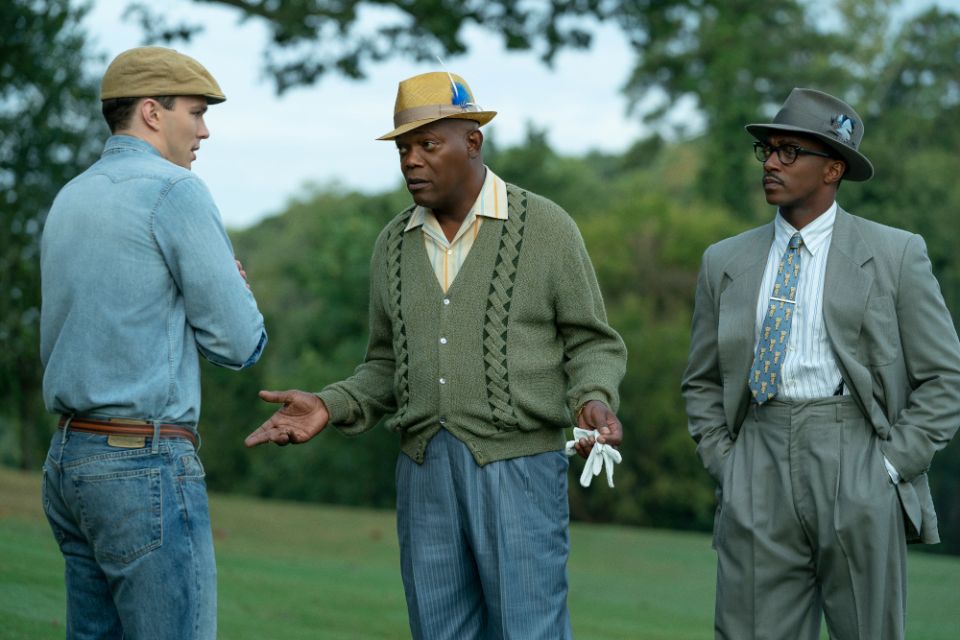 "The Banker" is based on an incredible true story of two men who, after creating wealth for themselves, moved to social activism by creating opportunities for their neighbors. George Nolfi, who directed, produced and co-wrote the script, said that the story has been around for many years but had to be stitched together from articles in Jet and Ebony, the only journals that covered Garrett and Morris' amazing successes. No mainstream outlets mentioned the duo until in a confusing course of events, Garrett and Morris are charged with misapplying federal bank funds insured by the FDIC. The filmmakers had to rely on over 1,000 pages of U.S. Senate hearings and trial transcripts for the script. It is worth noting that Garrett and Morris' adventures, largely erased from history, led to the Fair Housing Act of 1968 that make it illegal to refuse to sell or rent to people based on gender, race or religion.

Mackie told journalists on the red-carpet event March 2 in Memphis that financial literacy is the essential topic that students of color need to learn. He and Jackson both said that churches can become involved so that members of the black community who are red-lined into poverty can begin to gain an equitable footing with their white neighbors, create businesses, improve educational opportunities and grow wealth for security and stability.

Some of the parts of the film that had to be "imagined" (and are the most entertaining) include Steiner's training as a golfer and a kind of math and business prodigy. Both Mackie and Hoult excel in these scenes and Jackson is just funny. Hoult is very convincing as the innocent one whose uninformed ambitions create the story's drama. Jackson is the generous, wise and wise-cracking partner. The film's resolution is largely imagined because of a lack of documentation.

What is clear from the film, and stands on firm ground historically, are the racial politics and policies then and now that continue to influence residential zoning, politics and elections to keep people of color poor. Plus, the fact that two black businessmen outmaneuvered the status quo to buy and own 177 houses and one of Los Angeles' most iconic buildings and then tried to lift a black community out of poverty to prosperity, is simply astounding. And until now, who knew?

The film was produced by Apple, Inc. and has a two-week theatrical run that began March 6. The film will then be available on Apple's new AppleTV+ streaming service.

Culture | 'The Banker' is a bodacious film about social activism