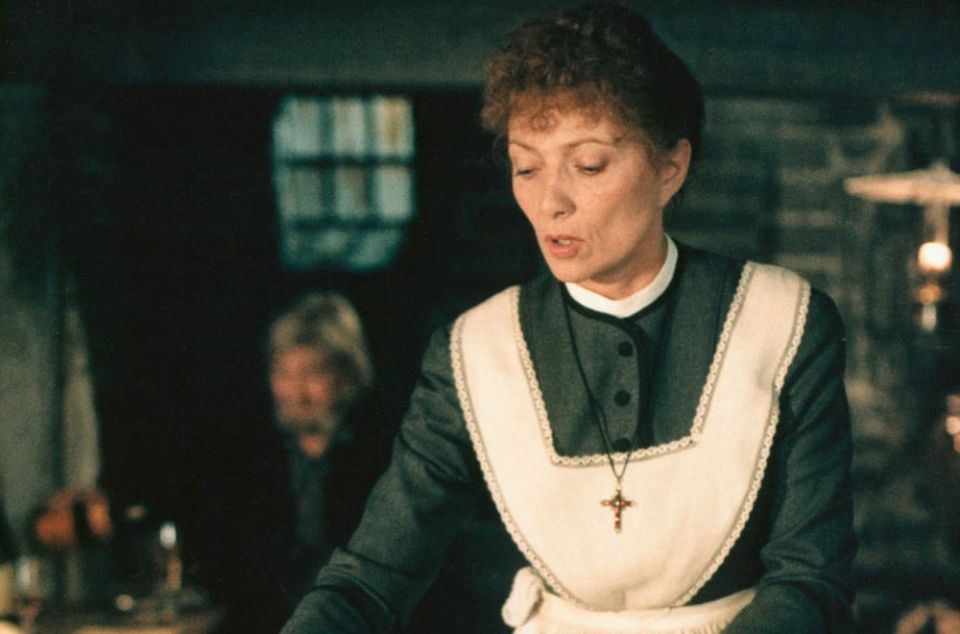 The actress Stéphane Audran, who played Babette Hersant in Gabriel Axel's 1987 film "Babette's Feast," died at her home in Paris on March 27 after a long illness. There is little biographical information available online about Audran but to fans of this film, based on a story by Isak Dinesen (born Karen Christence Dinesen, Baroness Blixen-Finecke [1885-1962]), she will always be the epitome of how we imagine Babette.

Born Colette Suzanne Dacheville on Nov. 8, 1932, in Versailles, France, Audran was reported dead by her only child, Thomas Chabrol. She was 85 years old. She was married twice, but both marriages ended in divorce.

In a 1988 interview with the international film magazine Sight & Sound, famed Danish director Axel said about his selection of Audran to play the refugee from the Paris uprisings in "Babette's Feast": "She's French. She walks like a French woman, closes a door like a French woman. Everything she does is gracious, whereas the Danish women wear clogs."

With over 100 screen credits stretching across six decades, it is certainly her role as the widowed chef of a famous Paris restaurant, Babette Hersant, that most Christian audiences know her.

Ever since its release the film has generated popular, spiritual and academic reflection and engagement with the narrative and the characters, led by Babette. Jesuit Lloyd Baugh wrote at length about Babette as a female Christ-figure in "Imaging the Divine: Jesus and Christ-figures in Film," calling it a "mysterious experience of conversion by the members of a small fundamentalist Lutheran community living in isolation, a conversion occasioned by the presence and activity in their midst of a French woman refugee."

Thomas Curry, who holds a doctorate in theology, goes beyond the obvious eucharistic images and christic portrayal in the film, to consider Babette's dark and violent past and the sacramental qualities of the meal she prepares. He argues that it transforms not only her guests and hosts, but offers her finally the symbolic opportunity to lay her beloved husband and son to rest in her culinary creation of Cailles en Sarcophage, quails in pastry coffins. (See his article "Babette's Feast and the Goodness of God.")

Pope Francis has a special regard for "Babette's Feast." He said in 2010, before he was elected pope, that it was his favorite film. And it may be the first time a film has been mentioned in a papal encyclical, Amoris Letitia, in which he focuses on the story's theme of agape:

"The most intense joys in life arise when we are able to elicit joy in others, as a foretaste of heaven. We can think of the lovely scene in the film Babette's Feast, when the generous cook receives a grateful hug and praise: 'Ah, how you will delight the angels!' It is a joy and a great consolation to bring delight to others, to see them enjoying themselves. This joy, the fruit of fraternal love, is not that of the vain and self-centered, but of lovers who delight in the good of those whom they love, who give freely to them and thus bear good fruit."

Audran won three best actress awards from various international groups for her role in "Babette's Feast." One production in which she, as well as her first husband Claude Chabrol (1930 – 2010) appear is an unfinished and much-delayed film by director Orson Welles (1915-1985), "The Other Side of the Wind." It is due out this year.