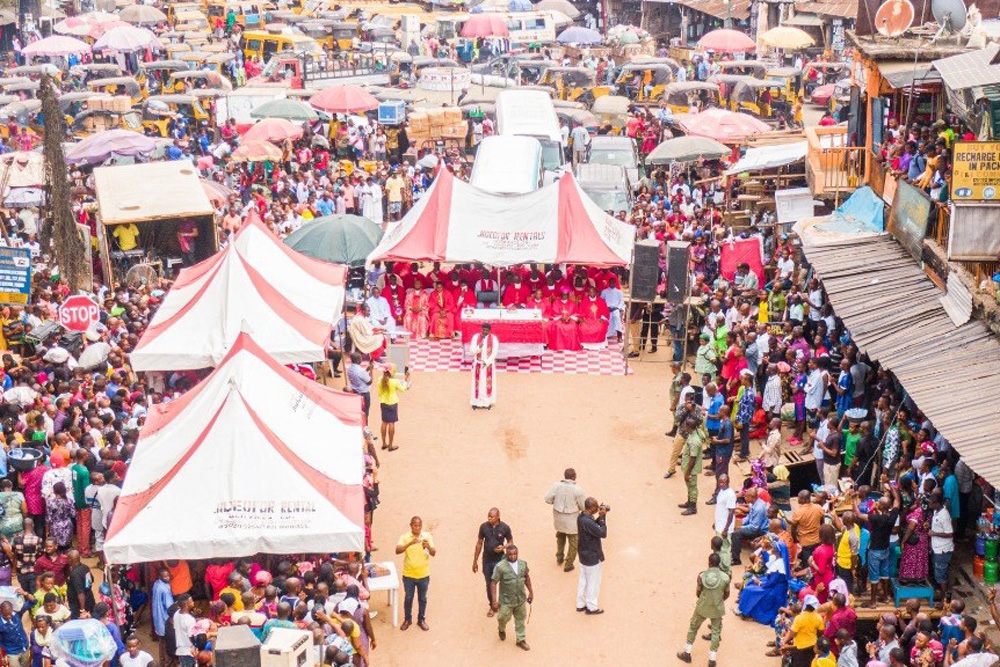 When Paul Nnamdi left his house in the morning for his shop located at Ochanja market where he sells beverages, he was hoping to make great sales for the day in order to pay his bills and solve his basic needs. However, tragedy struck and Nnamdi lost all the items in his shop during a fire outbreak.

Located in Onitsha — one of Nigeria's biggest commercial cities — Ochanja market is one of the largest markets in South East Nigeria with traders from neighboring countries like Ghana, Togo and Benin Republic coming in to do business.

On a Wednesday afternoon on Oct. 16, 2019, fire gutted Ochanja and Iweka markets in Anambra state, South East Nigeria, after a petrol truck fell and spilled its contents. Among the 8 persons who died during the inferno were a young mother and her baby. More than 500 shops were razed and 2,000 traders affected, according to Nigeria Emergency Management Agency, or NEMA.

The fire service department was blamed for not responding promptly and poorly equipped to handle the fire.

"I felt like jumping into the fire when it started," Nnamdi says. "Nothing was saved from my shop. I lost everything and it still feels like a dream to me."

But respite came to Nnamdi and hundreds of others like him who were victims of the fire incident. The Onitsha Archdiocese stepped up to provide spiritual and financial relief to the victims and help them rebuild their lives after the disaster. Archbishop Valerian Okeke, the bishop of the archdiocese, visited the market with other priests and celebrated Mass for the victims.

"With gratitude to God, and on behalf of the priests, the religious and the good people of Onitsha Archdiocese who contributed generously, we as a family of God are today offering our spiritual and financial support to the victims of the fire outbreak that destroyed properties and claimed lives," Okeke said at the Mass, which was held Nov. 19, 2019.

After the Mass, a donation of N27 million (about $75,000) which was raised from parishioners and others, was distributed to the victims whose properties and source of livelihood were destroyed. The Mass was celebrated at the scene of the fire disaster with thousands of local traders and those directly affected in attendance.

"This cash was distributed to all those affected individuals without discrimination or favor of any religious denomination because we are all children of God," Okeke said. "To those wounded, I pray for God's divine healing and to those who lost their lives, we continue to pray God accepts them among his saints and console the family." 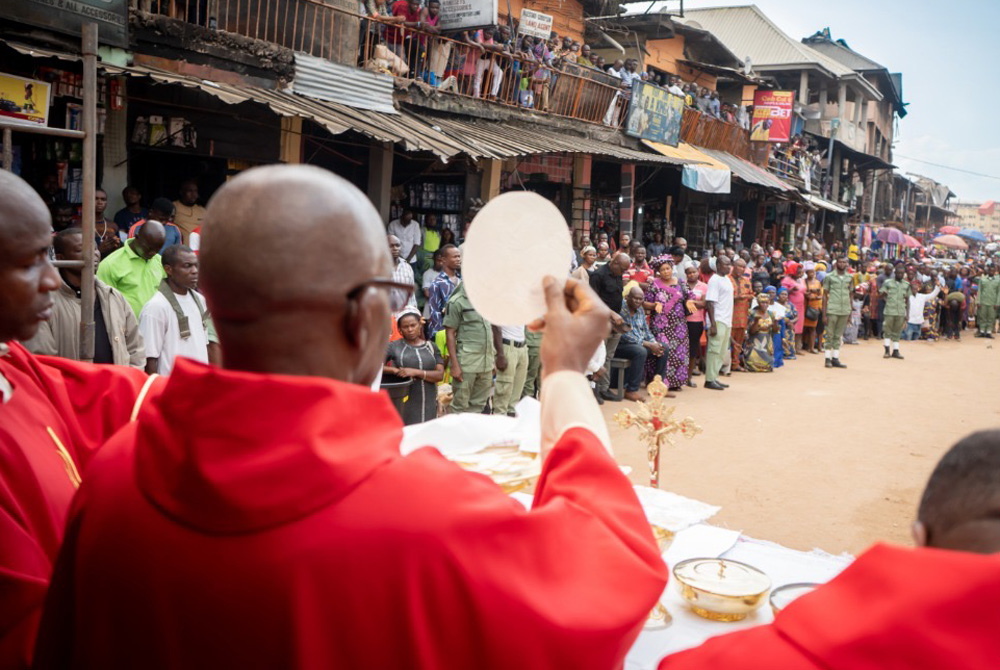 Catholic bishops in Nigeria are often under pressure to cater to both the spiritual and social needs of their parishioners. In the northeast for example, bishops heading local dioceses are over-burdened to protect parishes and Catholic faithful, especially during attacks by the Boko Haram terrorist group.

Last month, the United States placed Nigeria on its Special Watch List. A statement by the U.S. Department of State says that the protection of religious freedom is a top foreign policy priority of the U.S. government.

Since 2009, the Boko Haram terror group in Nigeria, which swore allegiance to Islamic State in 2015, has often targeted Christians in their attacks. Churches have been bombed during Masses while Christian volunteers have been kidnapped and beheaded. On Dec, 26, 2019, IS released a video showing the beheading of 11 Christians, which the group says was in retaliation for the killing of IS leaders by the U.S. The U.N. condemned the attacks.

"When these attacks come up against us [Catholic faithful], everyone always look up to the bishops where the diocese is located for relief and help before thinking of what the government can do," Clement Igudo, a priest at a local parish, told NCR. "In most cases, the government promises to come in and help out, but you know how their words [promises] are sometimes. They could be doing that just for some political gains and not in the interest of those directly affected."

Last year, priests and parishioners at another diocese in South East Nigeria where priests were being killed and abducted by gunmen, turned to their bishop, Callistus Onaga for protection, saying that the government has failed to secure their lives. Last year, eight priests were kidnapped in the state and two among them were killed, while the rest were released after paying ransom. The priests have taken to the streets to protest improved security.

"This places a huge burden on the tables of the bishops in charge of these dioceses," Festus Chiji, a priest of the diocese said. "The tense political atmosphere in the country [Nigeria] always makes it difficult for the bishops to focus on their pastoral duties of serving the people of God."

After receiving his own share of the relief funds donated by the diocese, Nnamdi says he can now "start life again" amidst the disaster.

"We are happy with this kind gesture and pray that this type of disaster doesn't come on us again," he told NCR.