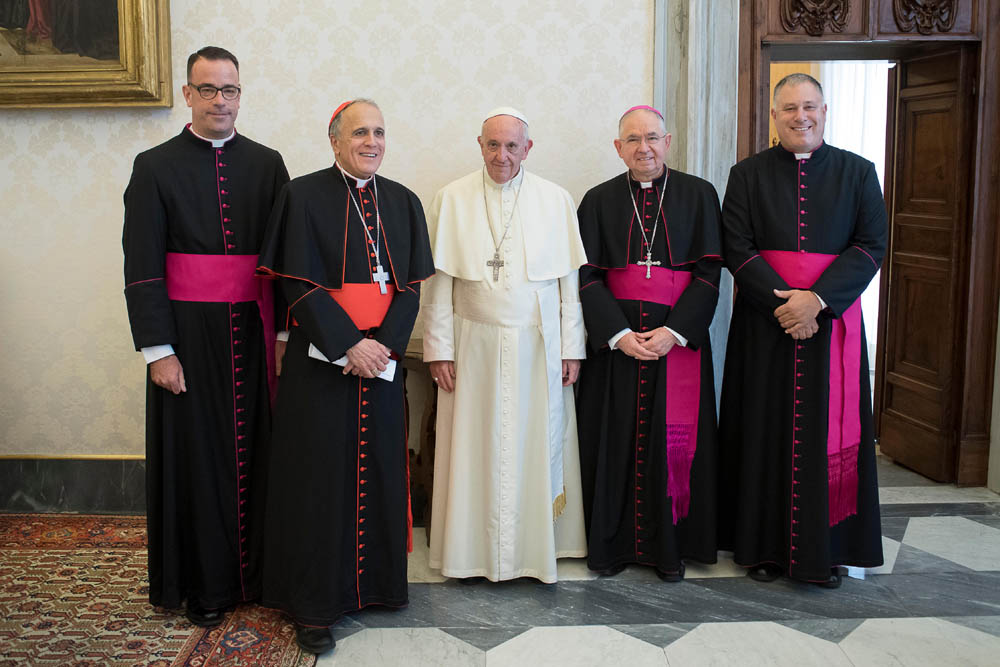 The slate of nominees for several leadership positions in the U.S. Conference of Catholic Bishops was released today, Oct. 19, with at least one position offering a choice between a bishop friendly to Pope Francis and one who is more conservative.

Cardinal Blase Cupich of Chicago will run against Archbishop Joseph Naumann of Kansas City, Kansas, to chair the Committee on Pro-Life Activities. The vote will take place at the U.S. bishops' meeting Nov. 13-14 in Baltimore as part of elections for six committee chairs and secretary of the conference.

Cupich has spoken publicly on the need for dialogue in the church and has defended Jesuit Fr. James Martin, who was disinvited from speaking at the national seminary earlier this fall because of his call for greater understanding between the church and the LGBT community.

In contrast, Naumann instructed pastors in Kansas City to cut ties with the Girl Scouts of the United States of America last spring, because of some pro-life groups' belief that the organization is affiliated with Planned Parenthood. He also asked a college in the diocese to stop using the term "yoga" because of its Hindu origins.

The two also disagreed about Affordable Care Act repeal attempts in discussion at the bishops' June meeting, with Cupich criticizing steep Medicaid cuts and asking the Committee on Domestic Justice and Human Development to emphasize "our [Catholic] position that the state has a responsibility for creating solidarity within a country and caring for those most in need," while Naumann alleged there was "a lot of dishonesty with the Affordable Care Act" and that "the Medicaid provisions were not sustainable."

At the November meeting, the bishops will also choose a new conference secretary, electing either Archbishop Paul Coakley of Oklahoma City or Archbishop Allen Vigneron of Detroit.

Other committee leadership elections will include:

Bishop nominees for the board of directors for Catholic Relief Services will also be chosen.

The meeting agenda includes an update on the bishops' working group on immigration as well as reports from the new Ad Hoc Committee Against Racism and the pro-life and domestic justice committees.

Updates on the recent Convocation of Catholic Leaders in Orlando, the upcoming National Encuentro of Hispanic/Latino Ministry, the 2018 Synod for Young People, Faith and Vocational Discernment, and World Youth Day also will be heard by the bishops.

The assembly will vote on the International Commission on English in the Liturgy Gray Book translation of the Order of Baptism of Children text which reflects the translation principles introduced in Liturgiam Authenticam. They will also discuss and vote on the conference's 2018 budget.

There will also be a voice vote on the cause for canonization for a Lakota holy man and medicine man-turned-Catholic teacher named Nicholas Black Elk Sr., sought by Bishop Robert Gruss of Rapid City.

Cardinal Daniel DiNardo, archbishop of Galveston-Houston, will also give his first address to the body of bishops as president of the bishops' conference as he completes the first year of his three-year term.