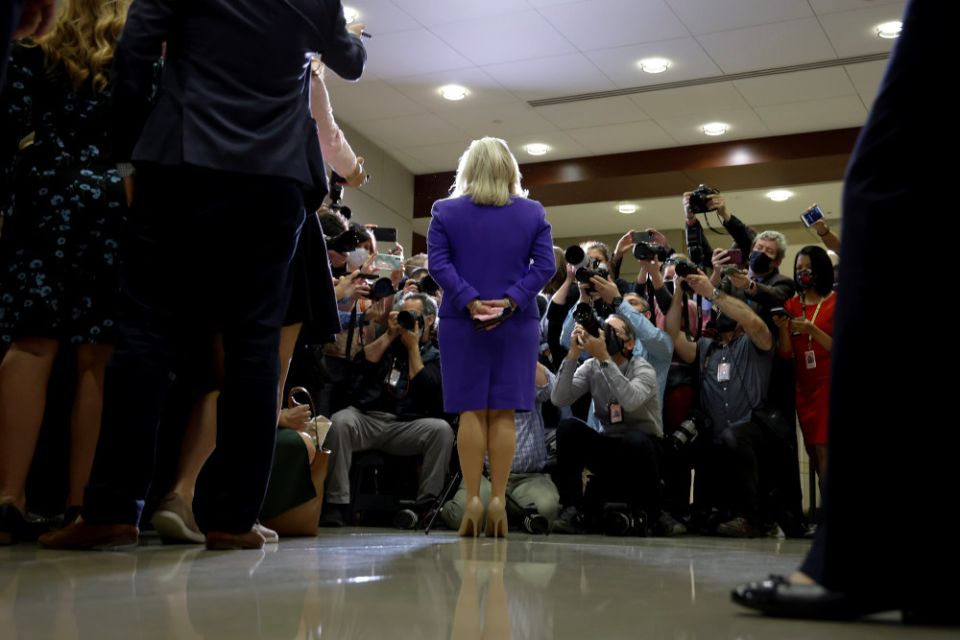 Rep. Liz Cheney, R-Wyoming, speaks to reporters after House Republicans vote to remove her as chair of the House GOP Conference on Capitol Hill in Washington May 12, 2021. (CNS/Reuters/Jonathan Ernst)

Wyoming Congresswoman Liz Cheney did not just lose her primary contest Tuesday night. She got walloped, garnering only 29% of the vote compared to Trump-endorsed Harriet Hageman's 66%. The Washington Post called it a "drubbing." In her concession speech, the most prominent GOP critic of former president Donald Trump promised she "will do whatever it takes to ensure Trump is never again anywhere near the Oval Office."

To that end, the Post also reported Cheney is thinking of running for president. Huh? It is unusual for someone who just got clobbered in a congressional primary to think of themselves as presidential timber. But we live in unusual times.

At first glance, and writing as a man of the left, the thought of Cheney dividing the Republican Party is not unwelcome. But as she herself admitted on "The Today Show" Aug. 17, the day after her defeat, "The Republican Party today is in very bad shape and I think that we have a tremendous amount of work to do, and I think it could take several election cycles. But the country has got to have a Republican Party that is actually based on substance, based on principles."

Cheney is right, even though the Republican Party she envisions would be built on some of the principles that made Trump possible. Here is the rub with Cheney. On the one hand, her continued commitment to the neo-liberal, imperial America vision her father embodied makes her conscientious stance against Trump all the more compelling. Trump delivered on many of the promises Republicans had been making for decades, so Cheney's opposition to his disdain for democratic norms is sincere.

On the other hand, the Reagan-Bush-Cheney vision led enough working-class Americans to feel so alienated from the political life of the nation — as their jobs were sent off-shore while the rich got richer, with resulting declines in working-class communities and the evaporation of hope — those voters do not respond to Liz Cheney's heartfelt encomiums to American exceptionalism and the best traditions of our democracy Aug. 16. They exhibited, even if they did not understand, the link between libertarianism and totalitarianism that political scientist and sociologist Alan Wolfe explained back in 2015. These working-class voters responded to Trump's importation of the weltanshauung of professional wrestling into presidential politics: the reduction of morality to facile categories of good versus evil, the faux sense of closeness to the action, the fakery. The first leader of the GOP after Trump will be careful to try and keep those voters motivated.

It is true that, with the exception of Trump, the only incumbent presidents to lose their bid for re-election faced a real primary challenge: Pat Buchanan challenged George H.W. Bush in 1992, and Edward "Ted" Kennedy challenged Jimmy Carter in 1980. Not since 1948 did an incumbent president beat back a challenge to his candidacy and retain the presidency. That year, Harry Truman watched the South walk out of the Democratic Convention after it passed a strong civil rights plank, and he still went on to win reelection that November. 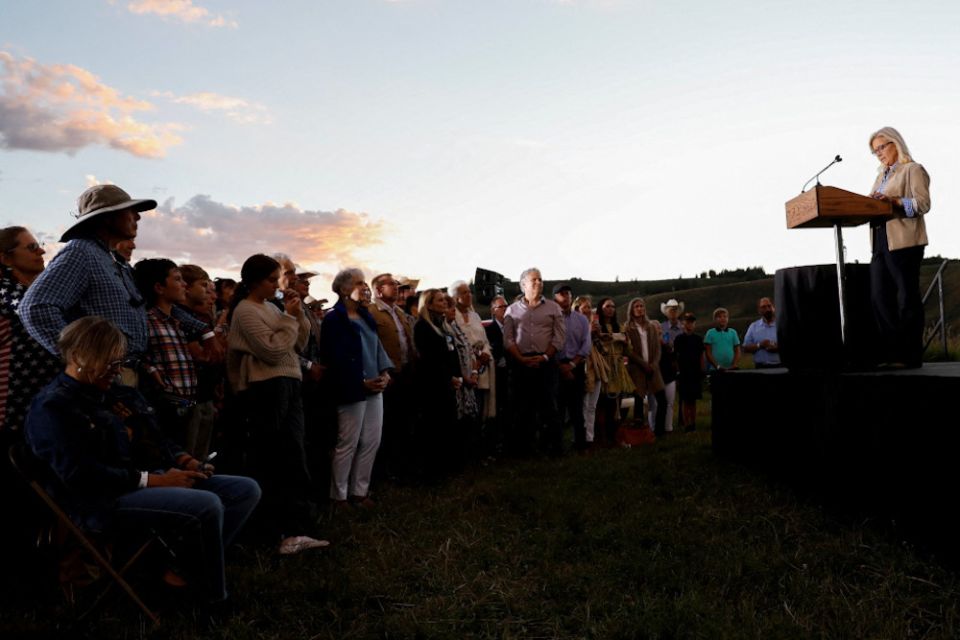 As a practical matter, the Republican National Committee will never let Cheney near a debate stage. They need only require those participating to sign a pledge that they will support the eventual nominee. So long as Trump is a candidate, Cheney would never sign that pledge. (I wonder, too, if Trump would sign the pledge if someone like Florida Gov. Ron DeSantis looks like a plausible alternative to Trump!) How, then, could Cheney really garner enough media attention to continue to prosecute the case against Trump and his battalion of election deniers?

Cheney's candidacy could result in a third-party challenge, but that too is worrisome. It is possible that Cheney could embrace a libertarianism that includes social as well as economic issues, attracting the likes of former New York Mayor Michael Bloomberg. Not many voters are libertarian across the board, and as culture war issues dominate, especially abortion, the Democrats are likely to become more, not less, libertarian. Still, the possibility of a Cheney third-party candidacy peeling off as many Democrats as Republicans cannot be ignored.

The two-party system has served the country well. It was not foreseen by the Founding Fathers; in fact, they thought they were organizing a government that would prevent the emergence of "faction," the late 18th century term for what we know as a political party. But the ink was barely dry on the Constitution before the country divided into Federalists who supported ratification and anti-Federalists. One of the leaders of the latter group, Thomas Jefferson, famously observed that the issue facing the country was ratification, and he wanted his party known as the "anti-rats" and the party of Alexander Hamilton known as the "rats."

Within a little more than two decades, the anti-Federalists had become the Democrat-Republicans, and the Federalists faded into the mists of history. In the antebellum era, the Whigs and the anti-Catholic Know Nothings emerged and faded. In the post-Civil War era, the two parties we have today took on recognizable shape and political and ideological shifts have occurred within those two parties subsequently.

The parties, however, are shells of their former selves. They still serve as coalition builders, but they have stopped functioning as deliberative organizations. The drafting of party platforms was once important and consequential; now, they are drafted in advance by the nominee. National nominating conventions themselves have become PR events, not deliberative meetings, and primaries have replaced state-level conventions. Trump has demonstrated how frighteningly easy it was to capture one of the two parties and turn it into a cult. I fear the abortion-rights' lobby is about to exercise a similar maneuver with the Democratic Party.

These are not just unusual times, they are also unprecedented. And that is what makes a Cheney candidacy both interesting and potentially dangerous. No one really knows how to calculate the effects of such a move, and liberals should be a lot less enthusiastic about Cheney than they have been the past couple of days. We can tip our hat at her conscientious and courageous stance, but her politics are still lousy and the consequences of a third party run are opaque at best.

Opinion | Applaud Cheney's courage, but not her candidacy