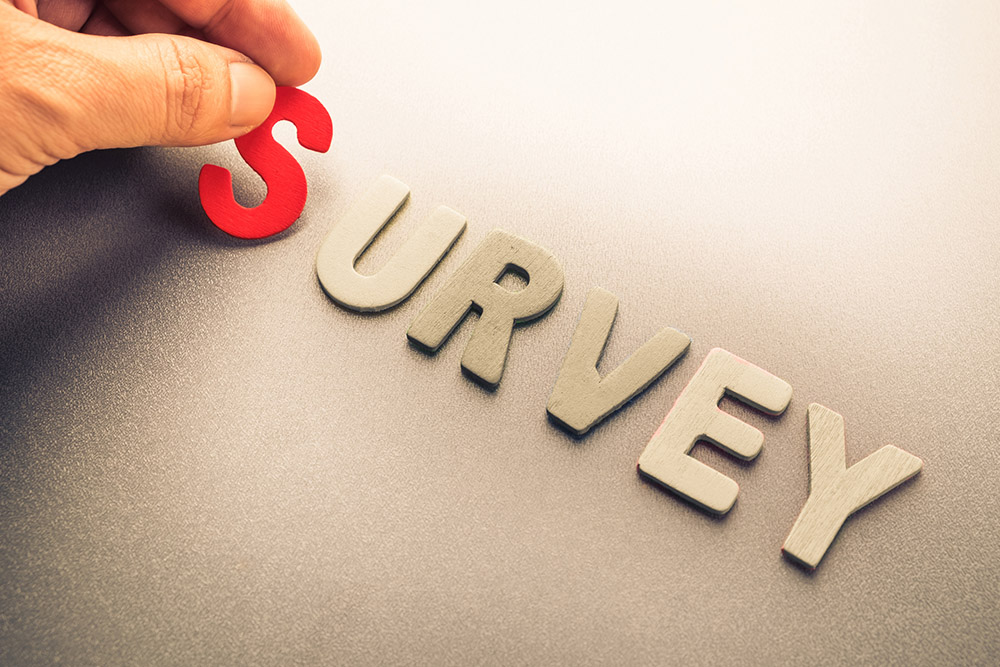 Every once in a while, the algorithmic gods decide to have a little fun. And so last week I received in the mail a "Catholic Opinion Research Survey" from the right-wing group CatholicVote.org. The "survey" exhibits nearly everything that is wrong about the current state of the church in the U.S.

First, it is not really a survey but an elaborate push poll. Push polls are a form of negative advertising that have been condemned by the American Association for Public Opinion Research as "an insidious form of negative campaigning, disguised as a political poll. 'Push polls' are not surveys at all, but rather unethical political telemarketing — telephone calls disguised as research that aim to persuade large numbers of voters and affect election outcomes, rather than measure opinions."

So, for example, when this "survey" from CatholicVote asks, "Why do you think leaders of the national Democrat Party, including Joe Biden, keep omitting God when quoting our nations official documents?", it is not really your opinion that they are after. They are trying to smear the president, who often misspeaks, as anti-God. They also, unintentionally, impugn the patriotism of the Founding Fathers who omitted God from the Constitution.

Interestingly, the group also push polls on an ecclesial issue. "Do you think politicians who promote these radical Left policies that directly violate the moral teachings of the Catholic Church cause confusion and division, and that they should not present themselves for Holy Communion?" Sorry, but in the Catholic Church, we do not decide such complicated matters by taking a poll.

Nothing, repeat nothing, about this 'survey' speaks well of those who sent it, not as Americans engaged in politics, still less as Catholics.

Second, the "survey" seeks to tar all Democrats with the extreme statements of a few. It cites an offhand remark U.S. Rep. Alexandria Ocasio-Cortez made about a statue of Father Damien of Molokai, and a tweet by activist Shaun King. So? Just as I do not believe all those who voted for Trump are racists, I do not believe all liberals hang on every word that comes from Ocasio-Cortez, still less every tweet from someone who has no official affiliation with the Democratic Party. It would be like equating everyone who voted for Trump with the racists who marched through Charlottesville, Virginia, chanting, "Jews will not replace us."

Third, the point of this exercise is mostly not about opinion at all, but about fundraising. "The only way we can fund this BATTLE PLAN for the all-important 2022 Midterm Congressional Elections is with donations from faithful Catholics like you who love America and don't want to see our great nation destroyed forever by the anti-God, anti-family radical Left," the mailing reads.

The language is meant to inflame: "only," "BATTLE PLAN," "all-important," "faithful," "destroyed forever." This hyperbole works with some people and causes them to check the boxes marked "$20" or "$50" or even "$500." And that is after you donate $10 as a "Survey Processing Contribution."

Nothing, repeat nothing, about this "survey" speaks well of those who sent it, not as Americans engaged in politics, still less as Catholics.

I am aware that there are groups on the left that seek to baptize their political positions. The Center for American Progress, a progressive think tank in D.C., has a "Faith and Progressive Policy Project" that deviates not an iota from the creed of secular progressivism. The group Faithful America is more of an activist organization than a think tank, and some of its emails and petition drives make me cringe, but nothing as vulgar and crass as the CatholicVote "survey."

If you want to know if you value your faith more than your politics, there is a simple test that applies equally to liberal and conservative, to Democrat and Republican. Ask yourself on which issue your faith causes you to differ from the stance taken by the ideology or party with which you mostly identify. Or ask whether or not your political preference has warped your understanding of the teaching of the church in ways that distort that teaching.

Sadly, how many commentators can you count who are willing to swim against the current because their faith compels them to do so?

Myopia is a moral failing found across the political and ideological spectrum. What CatholicVote is doing is something altogether worse. The organization employs discredited methods to disseminate misleading information and inflame base passions. It is peddling political propaganda and trying to cloak it in a religion that is not reducible to any one political stance.

It is bad for politics and worse for religion. CatholicVote is a counterwitness to the Gospel, a scandal to the faithful.