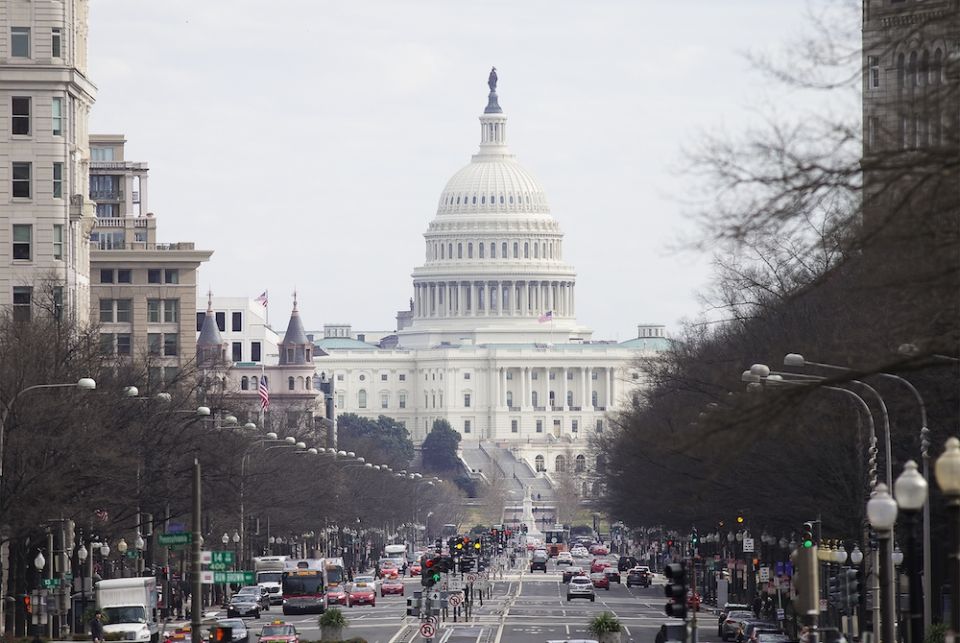 Editor's note: Like the rest of the country, we at the National Catholic Reporter have been intensely focused on the run-up to the U.S. elections. The coronavirus pandemic, economic devastation and a political polarization that may even threaten the existence of our democracy have made it one of the most consequential elections in our lifetimes, if not in the history of the United States. But where do we — as a country and a church — go from here? We asked four of our columnists and one bishop to reflect on that question in essays that will run daily during election week. This is the second installment. Read yesterday's commentary from Bishop John Stowe here.

As this era's debacle of a democracy comes groaningly to an end, I find myself feeling less and less satisfied. Relieved that it's almost over, yes. Satisfied, no. The fact is that we have not come to an end; we have come to an even more important beginning: We have questions to ask ourselves, questions to answer for the future. And one thing of which I am certain: The time for it is now. We do not dare wait until we cannot get out of what we allowed to develop in the first place.

People stopped in shock to listen to her concerns. But, after a while, tired of the repetition, they went, one at a time, slowly back to work. Only a small child remained, transfixed but puzzled. "Old Lady," he called, "nobody is listening to you." And the old monastic shouted back, "I know that, child." The child was amazed. "Then, if you know that no one is listening to you, why do you keep on shouting?" This time, the old town crier slowed down a bit and answered clearly: "You see, child, I don't shout in order to change them. I shout so that they can't change me."

There it is: The values that propel us we are required to protect.

Which means that our first task this time is:

1) to gather in groups and ask ourselves what three major values have been propelling us as a nation for the last four years? Cronyism, maybe? Strong man control, perhaps? Wealth, of course? And?

And then, we must ask:

2) What three values do we want to have characterize everything we do in the future? Profit? Global independence? Whiteness? What?

Like the old monastic, we are compelled to be part of this country's voice, not pathetic victims of it.

We, too, must speak up and speak clearly. Because clearly, if we don't do it, politicians — we have learned the hard way — are definitely not going to save anything but their seats. They cluster in herds, we see. There is little hope for individual conscience or courage there.

Which brings us to the third immediate issue: Partisanship.

Partisanship is the quality of taking thought away from those you presume are thinking independently about your welfare. It stops independent thinking in order to meld the group into a political power grab. It takes a long time to grow a group into a single mind — at least as well as we have done. But partisanship can also be dismantled, too — provided we keep an open eye on the independence of our own representatives and do a little thinking ourselves.

U.S. House Speakers Newt Gingrich and Dennis Hastert and U.S. Senate Majority Leader Mitch McConnell required a commitment to partisanship from our representatives — meaning that no Republican could bring a new bill to the floor of one of the houses until it already had Republicans enough to pass it. Which meant that Democrats had no way to add anything to it.

In other words, Republicans — who were in the majority — controlled all the legislation in the country. It was a slow process, slow as wet cement going uphill, but impenetrable in the end. If the majority party votes as a bloc, the values, the needs, the concerns, the ingenuity of the minority can simply be ignored. That's the power of partisanship.

And does it work? Well, are we to believe that only one person thought differently about allowing more witnesses into, of all things, an impeachment trial? Or was that actually proof beyond proof that there was someone who had already decided what the answer would be? Or about the roll-back of anti-poverty legislation? Or the size of stimulus checks? Or about the selection of Supreme Court justices — and so could ram that process through in only three days. Seems impossible? Is impossible.

Even more strange is the fact that it is that kind of partisanship that said "Never Trump" when Donald Trump announced his candidacy. And then, little by little, those independent thinking Republicans rolled over and crowed "Always Trump," "Only Trump," "Whatever Trump Wants" and didn't even bother to work out a party platform together, as a result.

How did all that happen? Who-got-given-what for ceding to the president what Congress was meant to do? 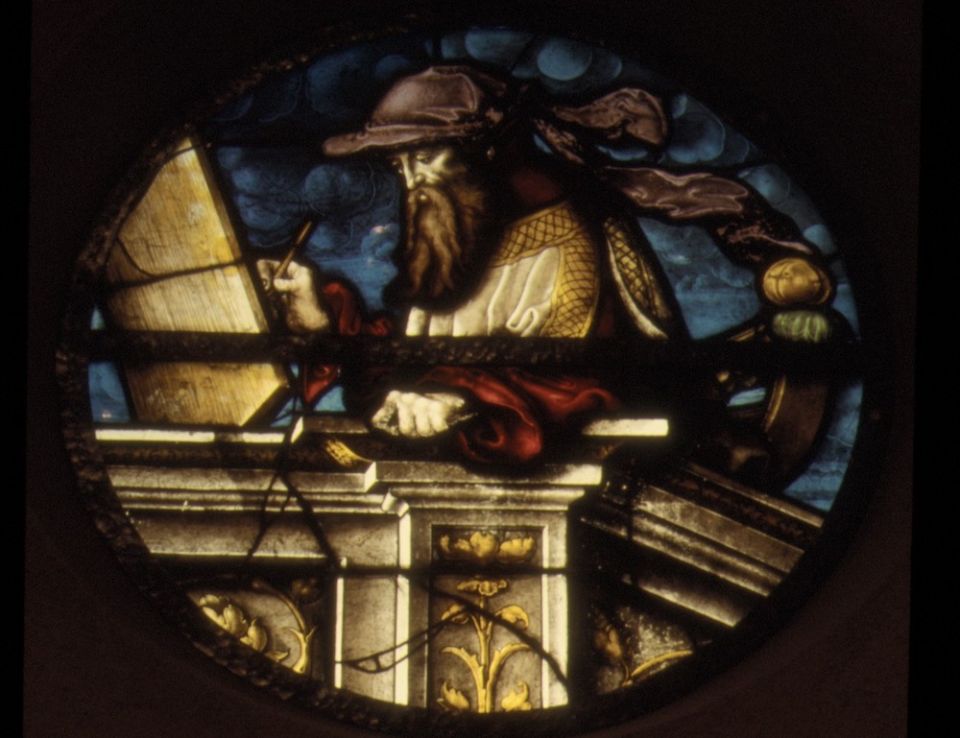 "The Prophet Isaiah," window by Valentin Bousch, 1533, made for the choir of the Benedictine priory church of Saint-Firmin in Flavigny-sur-Moselle, France (Metropolitan Museum of Art)

Political parties — Democrats and Republicans — represent two different philosophies of government. Because they each emphasize a different value, the reconciliation process is meant to meld those differences together in order to enable the whole country, every level of it, to thrive and prosper, to make sure that no one and nothing is left out, to — as the Constitution puts it — "form a more perfect union."

Together these two parties are meant to be the architects of democracy, not the antagonists of one another. Instead, polarized and unrelenting, we got a collapsed government that is operating on a party's ''majority" of one or two votes to resolve every major issue in the country.

Which alerts us to what we ourselves may be forgetting: We need prophetic leadership from the electorate itself. Without the prodding and the support of the people, Congress (or at least the members of the party that has majority control) will simply continue, like a Greek chorus, to repeat the chants of "Dear Leader," the kind we have abhorred in totalitarian governments everywhere — before now.

In fact, the Congress is not built to be the echo chamber of the president lest we get ourselves a monarchy in disguise.

The time is now. Otherwise, it will forever be too late to grasp this moment of holy change again. It will be far too late to take on the pride, greed and corruption that has brought us to this time.

We like to think of ourselves as followers of Jesus, and, at one level, that is certainly true.

Americans are very good at following Jesus the healer, the one who cares for the broken and the poor, the needy and the voiceless. It makes us feel so good, so pure, so righteous. Our problem is that we have been taught to be nice, and we think that's a synonym for being "good." But it's not.

In fact, that is only one-half of the Christian dispensation, one dimension of the Jesus life. The other half — the rest of the Christian mandate — is the model of Jesus the prophet. The Jesus who spoke justice as well as mercy. Who called the callous "you brood of vipers and hypocrites … you whited sepulchers." The Jesus who cleared the money changers out of the Temple. 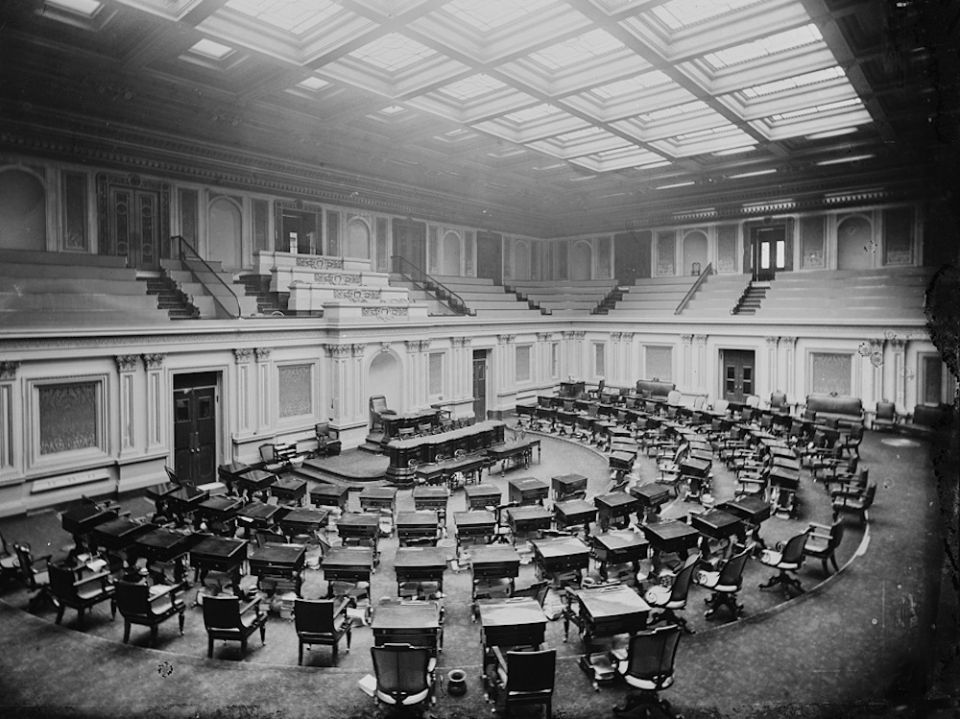 As we sank lower and lower in political and national character, I began to see that we had managed in the process to make Jesus harmless, made him marshmallow, made him sweetness and light in a world where the poor were going hungry. Where both young and old were out of work. Where in the richest country in the world, hard-working people were living on minimum wages rather than living wages, were too poor to get sick while huge tax cuts (primarily benefitting the wealthy and large corporate business interests) trimmed the social budget thinner and thinner.

It was the Jesus who, in the model of the biblical prophets of old, listened to the word of God and took to heart what had been said to Isaiah: "Whenever you hear a word from my mouth, you shall give them warning from me … You must warn them … warn them. You." It is the same word of God that calls to us yet today.

There is no doubt: We have decisions to make: We can ignore what is happening to our values, to our political system, to our people, to our nation. We can simply surrender to it all. Roll over. Give in. Or we can choose to follow Jesus the prophet.

The prophet is the person who says no to everything that is not of God: No to the abuse of women. No to the rejection of the stranger. No to crimes against immigrants and children. No to the rape of the trees and the pollution of the skies and the poisoning of the oceans. No to the despicable devastation of humankind for the sake of more wealth, more power, more control for a few.

From where I stand, we have come dangerously close to having abandoned the values that made us. The imperative now is that we give serious attention not to simply going on but to going on better. That is what must happen next.

There is no doubt in my mind that going on better is not possible unless we intend to go on prophetically. Together. Beginning right now. Consciously.

Otherwise, power greed and corruption will have changed us entirely.

A version of this story appeared in the Nov 13-26, 2020 print issue under the headline: When people stop listening: Keep it up .

Column | When people stop listening: Keep it up