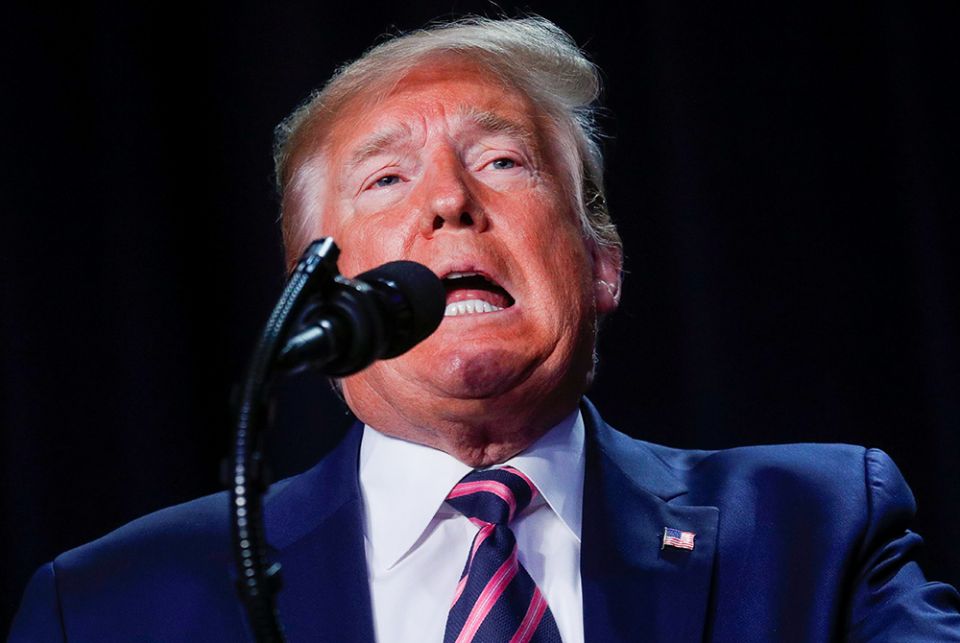 Politics is always a combustible mixture of principles and interests, of power and accountability, of ambition and service. But, at this moment in our nation's political history, something else is happening. The stakes are such that souls are being laid bare, all wrapped in moments best deemed surreal.

Sen. Mitt Romney (R-Utah) did himself proud Feb. 5 when he spoke on the Senate floor and gave his reasons for deciding to vote to remove President Donald Trump from office because of his abuse of power. He focused powerfully on the fact that taking an oath before God to exercise impartial justice is no passing nod in the crowd, but something that should transcend considerations of partisanship and power.

Romney neatly and succinctly refuted the defenses put forward by the president's lawyers, but it was his comments about the ethical obligation of his oath that warrant special attention. He said:

The Constitution is at the foundation of our Republic's success, and we each strive not to lose sight of our promise to defend it. … The allegations made in the articles of impeachment are very serious. As a Senator-juror, I swore an oath, before God, to exercise "impartial justice." I am profoundly religious. My faith is at the heart of who I am. I take an oath before God as enormously consequential. … Were I to ignore the evidence that has been presented, and disregard what I believe my oath and the Constitution demands of me for the sake of a partisan end, it would, I fear, expose my character to history's rebuke and the censure of my own conscience. … We have come to different conclusions, fellow senators, but I trust we have all followed the dictates of our conscience.

If you did not watch the video of the speech, I encourage you to do so. Romney got choked up at key moments. This was not easy for him. The exercise of conscience in difficult decisions usually is not easy, but wrenching. Stephen Colbert, not for the first time, hit the nail on the head when he spoke of Romney's action and of the cowardice of his colleagues.

People often appeal to their conscience in such a manner that you can be forgiven for thinking they confuse it with whim. Conscience is not self-will but its opposite, it is the voice of God in our heart and mind, telling us in a given situation what it is right to do. Not all consciences are the same and not all reach the same conclusions about the same situation.

In 2009, after Ambassador Mary Ann Glendon declined to accept the University of Notre Dame's Laetare Medal because President Barack Obama was to receive an honorary degree that day, the school turned to a previous Laetare winner, Judge John Noonan. It was a providential choice. He said of conscience:

By conscience, as you graduates of 2009 know, we apprehend what God asks of us and what the love of our neighbor requires. More than the voice of your mother, more than an emotional impulse, this mysterious, impalpable, imprescriptible, indestructible, and indispensable guide governs our moral life. Each one is different. You may suggest what my conscience should say, but you cannot tell me what my conscience must say.

Then, turning to the reason he was there and not Glendon, he said:

One friend is not here today, whose absence I regret. By a lonely, courageous, and conscientious choice she declined the honor she deserved. I respect her decision. At the same time, I am here to confirm that all consciences are not the same; that we can recognize great goodness in our nation's president without defending all of his multitudinous decisions; and that we can rejoice on this wholly happy occasion.

Noonan's graciousness outpaced my own that day, but of course he was right to affirm that all consciences are not the same.

Romney showed himself a statesman and restored at least a little bit of one's faith in humanity after the shameful display that was this year's State of the Union address. The president refused to take the outstretched hand of the Speaker of the House, a constitutional officer who presides over the body we the people elected. It was not merely ungracious, it was insulting to her office. Speaker Nancy Pelosi can give as well as get and she was entitled to demonstrably rip up his speech at its conclusion, although I wish she had not. 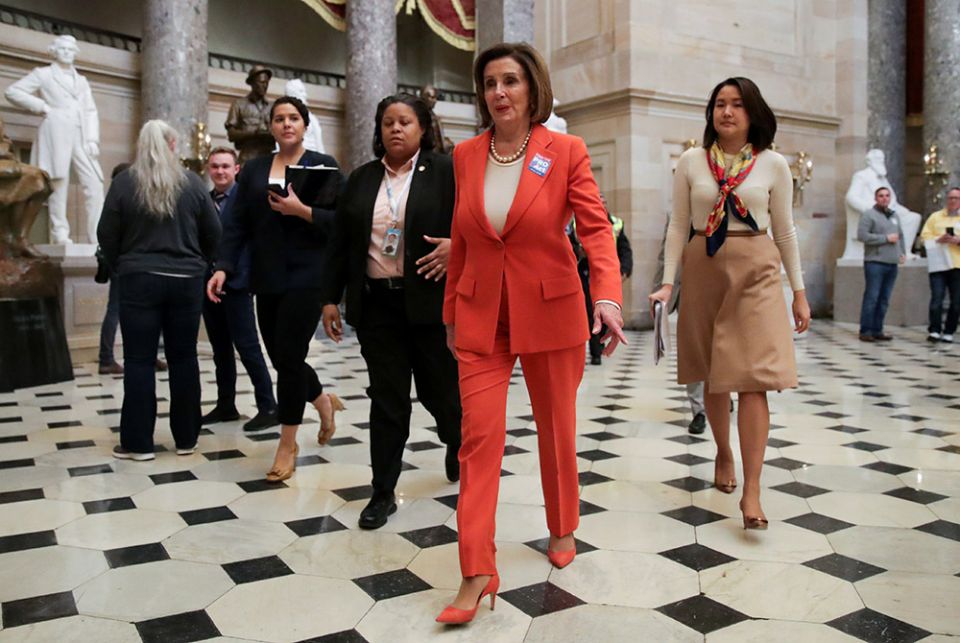 The president was incapable of recognizing that while all State of the Union speeches are political, the tradition and the setting demand a certain tone that is different from what one uses at a rally for supporters. He threw red meat to his supporters, indulging the vulgar stereotype of immigrants as criminals, celebrating record harvest of fossil fuels that are destroying the climate, bestowing the Presidential Medal of Freedom on Rush Limbaugh. I wish Limbaugh well as he confronts the cancer he disclosed he has, but he remains a man who has done as much as any to reduce our political discourse to coarse sloganeering that appeals to the lesser angels of our nature. Watching First Lady Melania Trump place the medal around Limbaugh's neck, I could take no more and switched the channel to HBO where "The New Pope" was playing. It was impossible to decide which was more surreal, but I did notice that if Vice President Mike Pence grew a beard, he would look a lot like John Malkovich.

If your capacity for the surreal was not overstretched by all this, the president's remarks at the National Prayer Breakfast should have put you over the edge. Nothing speaks to America's great tradition of respect for the rights of conscience and religious liberty like attacking a deeply religious man for his brave exercise of his conscience. Trump's attacks on Romney and the Democratic leadership of Congress — at a prayer breakfast! — were beyond appalling but no longer beyond surprising. I hope the next president, whoever he or she is, finds a way to shut down this prayer breakfast sham.

Through it all, the impeachment and the State of the Union and the prayer breakfast, the president puffed out his chest in a manner that would do Mussolini proud. If Trump spoke from the balcony at the Palazzo Venezia, the similarity would be complete: Theatrical bullshit, combined with thuggish threats, undermining civil society and democracy while pretending to moral leadership. It is a dark time for our nation. Watching the prayerful at their breakfast, I entertained a question they did not, suggested years ago by Yeats with a slight tweak: Whither slouches that rough beast, its hour come round at last?