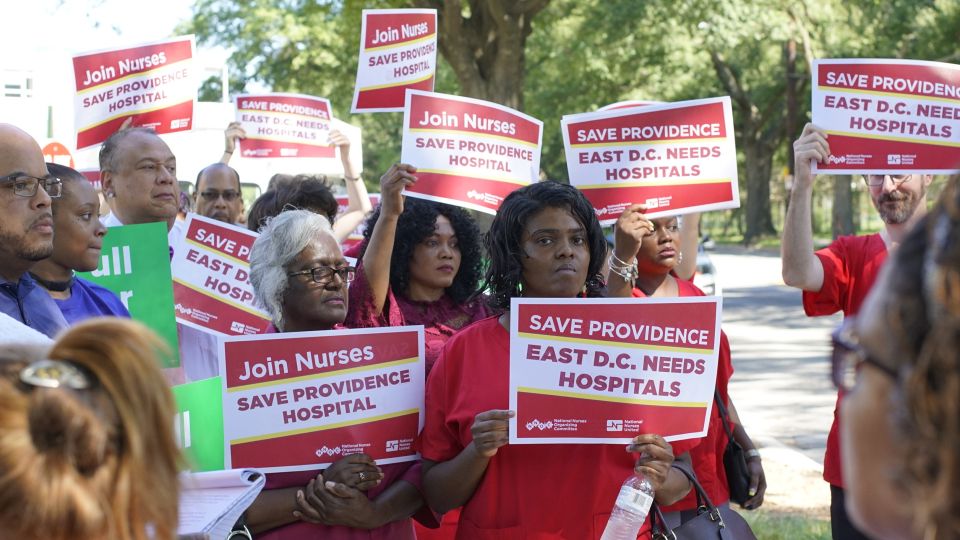 Anthony Tersigni needs to resign. What? Let me explain.

The CEO of Ascension Health and his team are egregiously violating Catholic social teaching, and therefore the Catholic identity of the hospitals they now manage, by paying themselves exorbitant salaries. Instead of seeking to combat the inequality that Pope Francis has called "the root of all social evil," Tersigni and his team have become its avatars.

How bad is the problem? According to an NCR article by Eileen Markey, Tersigni made $17.6 million in 2014, earning him the distinction of being the highest paid non-profit healthcare CEO in the country — and therefore in the world. In 2015, the last year for which federal tax forms are available, Tersigni made a measly $13 million. Other executives also make salaries in the seven digits, much of it from bonuses.

Just as we would all be shocked to learn a network of Catholic hospitals had begun performing abortions, many of us are profoundly disturbed to learn such enormous compensation is being showered on the executives of Catholic healthcare companies. Catholic identity and witness often require us to stand up to cultural norms, but in the case of executive compensation, Ascension appears to have merely succumbed to "industry standards."

I am not the only one who was distressed to discover how much these executives are paid. During the U.S. bishops' conference meeting in Baltimore this month, I conducted an informal survey of bishops, asking them if they could guess how much Tersigni makes. Most guessed between $1 million and $2 million. I am not exaggerating when I state that most were scandalized to find out the true amount.

The hospitals Ascension runs, remember, were founded and long run by religious women who had taken vows of poverty. Obviously, lay people, with families to support, cannot take such a vow. Nonetheless, healthcare is one area of the church's life where the laity has been given significant leadership roles. Is this what lay leadership in the church is to look like?

At a recent meeting of the D.C. City Council's Committee on Health, Keith Vander Kolk, the president and CEO of the Baltimore-Washington Ministry Market for Ascension, said, "Our mission … has always been, 'Following in Jesus' footsteps, we are committed to serving all persons, especially those who are poor and struggling.' That will never change." Jesus' footsteps never carried Him — or His mother — to a large bank account. The reason for that meeting, and what makes the issue of excessive compensation more morally repugnant than usual, is that Ascension is aiming to shutter Providence Hospital in Washington, D.C., a facility that serves a largely poor population, with 50 percent of its patients on Medicaid.

According to the AFL-CIO's useful Executive Paywatch site, in 2017 the CEOs of companies on the S&P 500 index earned an average of $13.94 million, 361 times what the average worker makes. In 2015, Ascension trumpeted the fact it was raising the minimum wage for all its "associates" to a "socially just" $11 per hour, which comes to $22,880 per year. "We believe our associates deserve a socially just wage that acknowledges the dignity of the human person and the spiritual significance of the care they provide every day to those we serve and to their fellow associates," Tersigni said at the time. The ratio between Tersigni's salary that same year and the salary of Ascension's "socially just" wage was 568 to 1. How is that not an example of complicity in the structural sin of late-stage capitalist excess? 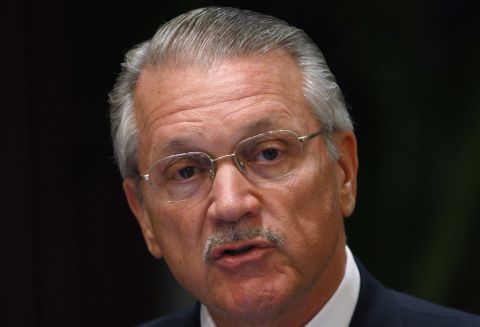 On Nov. 26, I interviewed Daniel O'Brien, Ascension's chief ethicist. He told me that "Catholic identity is our number one policy." He explained that all of the company's vice presidents for mission are required to have an advanced theology degree, or be pursuing one, and that all senior executives receive on-going formation that includes heavy doses of Catholic social teaching. He told me about the Ascension Ministry and Mission Fund, which a subsequent email described as "an innovative fund that supports the investment in associates by preparing them for new roles and related skills for the rapidly changing healthcare environment. This fund is a creative opportunity to retain associates and retrain them for relevant roles in the future." Tersigni has donated $3.1 million to this fund. But, Tersigni's charitable giving is not the same thing as a work of justice of course, although it is undoubtedly praiseworthy.

Later in the day, I spoke with Patricia Maryland, executive vice president of Ascension and president and CEO of Ascension Healthcare. She also said that "our Catholic identity is very, very important." But, when I asked about the large compensation packages for executives, and how that conformed to Catholic social teaching, specifically Pope Francis' comment that "inequality is the root of all social evil," she demurred. "I'm not going to get into that conversation," she said. I came back to the topic later in the conversation, saying that some people find such large compensation packages morally repugnant. Again, she declined to discuss the issue. At that point Johnny Smith, the company's senior director for public relations, jumped in and basically ended the conversation. I felt like CNN's Jim Acosta. For those who are appalled by the lack of episcopal accountability exposed in the clergy sex abuse scandals, and who see increased lay leadership in the church as a means of introducing greater accountability, Maryland's unwillingness to answer a perfectly legitimate question is profoundly troubling.

Before Smith's rude intervention, Maryland discussed the closing of Providence Hospital and how the closing was in response to changing healthcare delivery systems and an appraisal of the needs of the community. "We are not abandoning D.C.," she told me with real passion in her voice. She explained how the industry is moving away from in-patient hospital care to primary care and preventive medicine. She noted the need to better manage chronic conditions, serve the District's aging population and address the mental health needs of the community. I am sure there is truth in everything she said and I do not doubt her sincerity. But why can't you find corporate leaders who can attend to the changing landscape of healthcare delivery and who can also understand that paying someone, anyone, $17.5 million is morally repugnant period, full-stop?

Others think the executives at Ascension have wanted to shutter Providence Hospital all along because it is not profitable. "Ascension should not be given a pass because it has to date provided sub-standard services," Rose Farhoudi, a 26-year registered nurse at the hospital, explained in an email to NCR. "Instead we should call on Ascension, Providence and the Catholic Church to redouble their efforts to provide safe, therapeutic, quality patient care. Closure of this facility should not be an option."

At the same meeting of the City Council's Committee on Health mentioned above, Fr. Patrick Smith, pastor of St. Augustine Church, raised additional issues, including the integrity of the church's pro-life witness. "I am here because I am afraid that people may get the impression that when we Catholics say 'pro-life' that we are not including black and brown babies and mothers of lower income families in our definition of life worth defending, protecting, serving and saving," he said according to an article in the Catholic Standard.

"I am afraid that when we as Catholics repeat the truth that 'The Lord hears the cry of the poor,' that that truth may fall on deaf ears if we close one of the only two hospitals on the east side of the District knowing that all but one of the seven other hospitals are concentrated in the wealthiest neighborhoods of the city," Smith told the hearing. I would note that the Catholic Standard is the official archdiocesan newspaper in Washington. 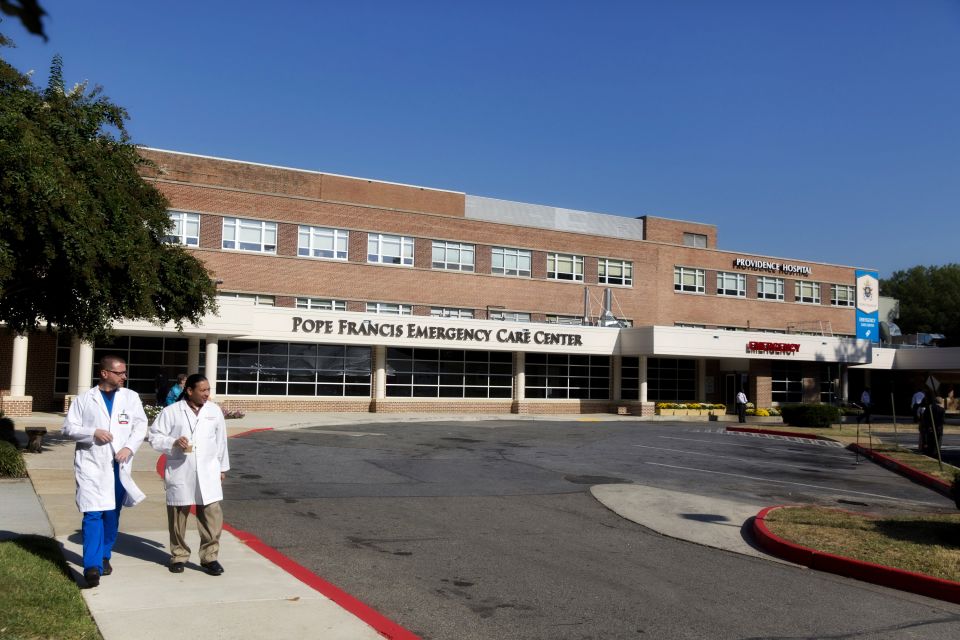 I asked Maryland if she wanted to respond to Smith's comment and his concern that the company has already closed its maternity ward, a ward that has served D.C.'s poorer populations for decades. She repeated that Ascension was committed to staying in D.C. and serving the local population, promising the company is looking at ways to "be more intentional about delivering care in Wards 7 and 8," two of D.C.'s heavily black, poorer communities.

The fact that the executives I spoke with at Ascension did not seem to see there is a problem shows how bad the problem is. And, what links the issue of executive compensation to the issue of closing Providence Hospital is a question that the sponsoring religious orders should insist Tersigni and his fellow executives answer: Will they individually make more money because Providence Hospital is closing?

The question is not new. "Ascension does not have any hospitals in Pennsylvania, but if they did, any kind of compensation package that ties CEO pay to the bottom line would violate their state tax exempt status," says Nicholas Cafardi, the former law school dean at Duquesne University. "Non-profits are not permitted to have 'any private, profit motive' and that clause is designed to prevent tying CEO pay to the non-profit's bottom line. Tax-exempt non-profits have different 'bottom lines' from those of a standard corporation."

Ascension is based in Missouri. "The Missouri Nonprofit Corporation Act (RSMo. 355.010 et seq.) does not have a provision that expressly prohibits tying executive compensation to the nonprofit's performance," explains James Niemann, Director of the Entrepreneurship Legal Clinic at the University of Missouri School of Law.  "Nonetheless, Missouri nonprofits have to ensure that the bylaws permit compensation of the executive. Hopefully, the bylaws also require unanimous or supermajority approval of the compensation package. Additionally, nonprofit executive compensation needs to be reasonable. So, the board approval should only take place after researching comparative compensation for executives at similar nonprofits."

"I also think there is a case to be made that these kinds of compensation formulas violate federal law, which states that a 501(c)(3) cannot distribute earnings, and that is really what is happening when a CEO's pay skyrockets like that," Cafardi added. "A pro-business judge might rule for the CEO, but it would be worth a trial."

I have a different proposal. In 2011, the religious orders that formed Ascension achieved "juridic personality" under canon law. This "juridic person" sponsors Ascension Health. If Tersigni does not want to resign, he could redeem himself if he led an effort to get the Holy Father to issue a motu proprio that requires any corporation sponsored by an ecclesial juridic personality to keep its ratio of highest to lowest paid workers within the 25-1 margin that obtained during Vatican II. Here is a chance to offer a counter-cultural witness.

This is not the place to give a history lesson on how executive compensation went from the 25-1 ratio of the mid-60s to the obscene ratios that obtain today. It is the place to say that the Holy See and the religious orders who sponsor healthcare companies should insist that just as our hospitals do not perform abortions or other morally objectionable procedures, so too should they insist that the lay-led companies that run our Catholic healthcare companies resist the inequality that is tearing our society apart in ways large and small.