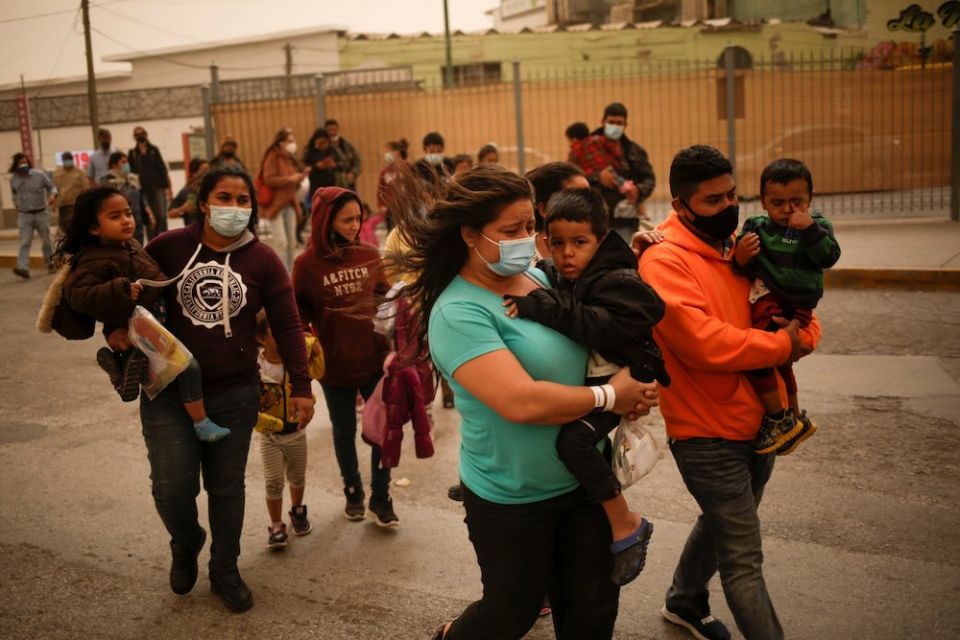 There is no crisis at the border.

There is a crisis of moral leadership in the White House.

March 21, Secretary of Homeland Security Alejandro Mayorkas took to the Sunday shows to announce "the border is closed." He rightly noted that the Biden administration inherited a mess from its predecessor. A four-year backlog of humanitarian assistance is no easy thing with which to grapple. He touted the opening of three new facilities for processing unaccompanied minors.

Still, the overall message was not that the Biden administration was embarking on a bold effort to change the reality on the ground for the thousands of desperate people who are fleeing violence and extreme poverty in Central America. His message sounded a lot like Trump Lite.

We can all be glad that we are not subjected to dehumanizing language about migrants coming from the leader of the nation, but I suspect most migrants wouldn't give a hoot what you say about them so long as you let them enter the country, connect with family members already here, and begin pursuing the American dream like millions and millions of migrants have done in the past. They need material assistance. They need a government that does not reflexively seek to deport people for whom returning to a refugee camp in Mexico really would constitute a crisis.

And we, the American people who voted for Joe Biden to become our president, we need to have him exercise some of his much-vaunted compassion. Before the election, the Biden campaign's faith outreach director, Josh Dickson, specifically cited Matthew 25 in explaining why he was working for Biden's election. The candidate himself routinely talked about his faith and even quoted Pope Francis, for whom migration is a kind of moral Rorschach test for Western liberal democracy.

Now that he is in the White House, has Biden forgotten that Matthew 25 demands we "welcome the stranger"?

In a Special Frontera Dispatch, Dylan Corbett of the Hope Border Institute in El Paso, Texas, diagnosed precisely what was giving me moral qualms as I listened to Mayorkas.

"The crisis narrative flattens the nuance of border life. It spurs inadequate short-term thinking," Corbett wrote. "It overlooks the heroic efforts and creativity of border communities — volunteers, shelters, churches, local governments, faith-based organizations like HOPE and migrants themselves — in welcoming and protecting people on the move. It breeds a deadly nativism."

Why did Biden turn to deportation first? He could have begun instead by reaching out to the myriad religious groups that are ready to help welcome these migrants, provide them shelter, place them with family, show them some dignity. Call Missionary of Jesus Sr. Norma Pimental who knows the situation on the border as well as anyone. Call Dominican Sr. Donna Markham at Catholic Charities USA. Biden knows that nuns know how to turn the words of the Gospel into the corporal works of mercy faster and better than anyone. Call the U.S. bishops' conference and ask for the help of their migration office. Even the culture warriors on the bishops' conference staff who try and bully Archbishop José Gomez into a confrontational posture on other issues know that on the issue of immigration they will not succeed in turning Gomez into a Republican operative. 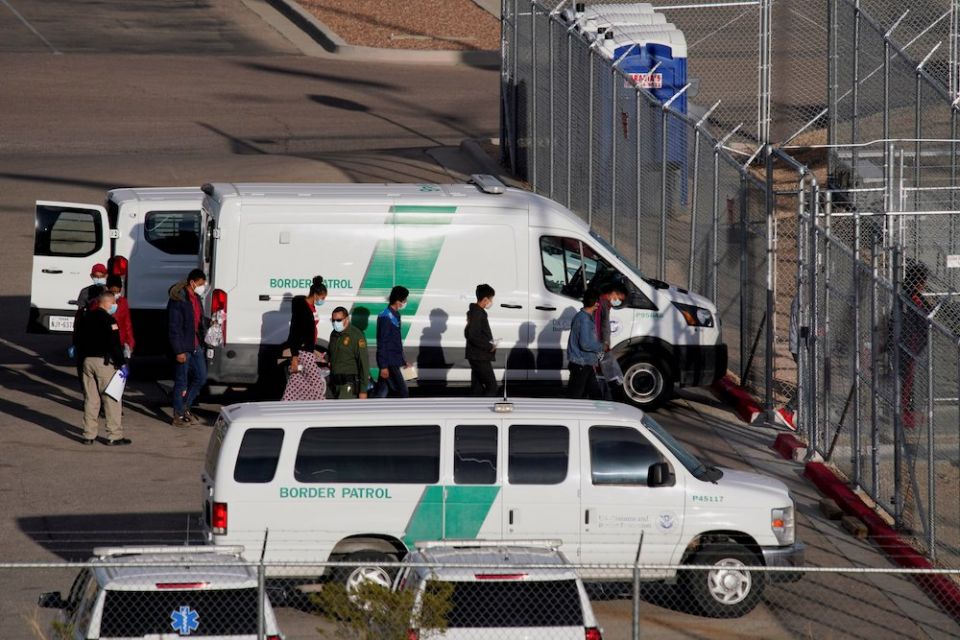 Migrants in the custody of the U.S. Border Patrol file into a Border Patrol station in El Paso, Texas, March 15, 2021. (CNS/Reuters/Paul Ratje)

For many Catholics, the issue of immigration has a totemic quality. My Irish ancestors fled famine and oppression, and my Polish ancestors grew tired of acute poverty and constant invasion by powerful, brutal neighbors. Both sets of ancestors, so different in some ways, so alike in others, saw in the church an expression of national identity and saw in America a place where they could seek a better life. The Catholic Church in this country may have started with English gentry recusants, but by 1845 and ever since, it has been a church of immigrants coming from disfavored nations.

Before the Northern Triangle countries of El Salvador, Guatemala and Honduras, there were Mexico and Cuba and Vietnam. Before Mexico and Cuba and Vietnam, there were Italy and Poland and China. Before Italy and Poland and China, there were Ireland and Germany. Where would America be today and what would our culture look like without the cultural importations of the Irish, the Germans, the Poles, the Italians, the Chinese, the Vietnamese, the Mexicans, the Cubans? All brought their culture with their hopes to these shores and turned the hyphen — as in Irish-Americans or Polish-Americans — from a mark of punctuation into a sign of cultural accomplishment.

The migrants at our southern border have more in common with my ancestors — and with Biden's ancestors — than not. A common faith. A common experience of oppressive conditions. A common story of migration. A common perception of the United States as a kind of promised land. A common commitment to contributing to the adopted nation, sharing our distinct traditions and foods and culture, learning to appreciate the culture of others, forging in the second or the third generation that most necessary type of person for America to succeed and to prosper: the multicultural individual. Their stories are my grandparents' and great-great-grandparents' stories.

Biden knows all this, and he knows it in his heart. That is why those of us who supported his candidacy are so frightfully disappointed. We expected better and we expected more. We do not expect any political leader to be morally pristine. But Biden gave us every reason to expect that he would lead with decency, not deportation, when it came to the suffering, desperate people who are knocking at our nation's door. He can start living up to the expectations of those who elected him by giving Sister Norma a call.

Faith matters as UK votes on whether to remain in EU