Buttigieg won't win the nomination, and that's a good thing 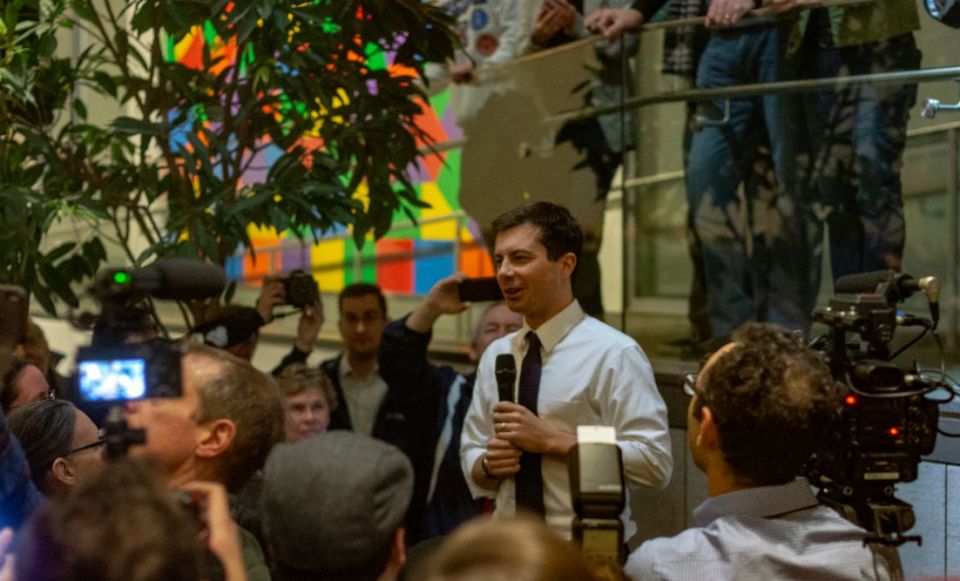 Yesterday I looked at some of the reasons South Bend Mayor Pete Buttigieg has jumped ahead of some more likely candidates for the Democratic nomination for president. Today, I shall explain why he won't win and shouldn't win that nomination.

What is my biggest reservation about Mayor Pete? At 37, he has an astonishingly full resume: mayor, Rhodes scholar, military service, learning a bunch of languages, playing the piano. More than one person has pointed out to me that being so accomplished at such a young age is characteristic of a certain type of Harvard grad and Rhodes scholar: They believe their principal job is résumé-building. And that is not really a quality we want in a president. All politicians have big egos. If that ego is reinforced by decades of self-referential résumé-building, and all the accolades that accrue therefrom, they likely will have missed some of life's most important lessons: How to pick oneself up after a disaster, how to pursue a thing for its own sake, the limits of utilitarianism as a way of life, sticking with one thing and working with colleagues over a long period of time. Barack Obama lost his first political race and lived his entire life dealing with the lingering racism of our society. Bill Clinton lost his first reelection bid as governor and had a Bubba quality that took the edge of his Rhodes' resume. Franklin Roosevelt, born to privilege, alumnus of Harvard, lost the use of his legs to polio. Buttigieg's résumé is a little too gilded for my taste.

Here is Andrew Sullivan writing about Rhodes scholars in The Spy, way back in 1988: "[T]he sad truth is that as a rule, Rhodies possess none of the charms of the aristocracy and all of the debilities: fecklessness, excessive concern that peasants be aware of their achievements, and a certain hemophilia of character. Rhodes scholars are the apotheosis of the hustling apple-polisher, the triumph of the résumé-obsessed goody-goody, the epitome of the blue-chip nincompoop." There are some fine people who were Rhodes scholars, and I am not saying that all of Sullivan's critique applies to Mayor Pete, but if even half of it does, he is not someone I would want in the Oval Office.

One item on his résumé also will prove very difficult for the Democratic Party primary electorate to swallow: After returning from Oxford, Buttigieg went to work at the McKinsey & Company consulting firm. McKinsey is to early 21st-century capitalism what the Pinkertons were to the late 19th-century iteration. Consulting firms do not do the killing these days, they only provide the information, values-free, that permits their clients to do the killing. Recently they made news for advising Purdue Pharma to "turbocharge" its sales of opioids. The company has long-standing ties with Saudi Arabia, and a report they did may have helped the Saudi government identify dissidents who were subsequently imprisoned or worse. McKinsey makes a great deal of money helping authoritarian governments burnish their image, and the firm was undisturbed about holding its 2018 company retreat four miles from a Chinese internment camp for ethnic Uighurs. The Uighurs can't afford McKinsey's fees, but the Chinese government can.

Buttigieg's time working in the belly of the capitalist beast has not led him to question what could pass for pre-Reaganesque GOP economic policy. His comments about economic policy are mostly platitudinous and conventional, but it is clear he does not share the suspicions of contemporary capitalism held by many of his fellow Democrats. At a CNN town hall last month, when asked about the challenge big corporations pose to the country, he said, "The biggest problem that I have with corporate America is the way that concentrations of wealth and corporate power have turned into concentrations of political power." Is that the "biggest problem?" Isn't it the concentration of wealth and consequent income inequality — full stop —that is the problem? Tackle that and you will simultaneously take care of the problem of undue political influence.

Speaking of fundraising, Politico reported last week that Buttigieg is enlisting "bundlers" to help him raise large sums of campaign cash, in exchange for perks like a briefing with the candidate. I am not sure that will sit well with a Democratic Party electorate determined to diminish the influence of money on politics. It is also a bit hypocritical given Buttigieg's emphasis on reforming and strengthening American democracy. He supports redistricting reform and eliminating the Electoral College and toys with the idea of changing the number of Supreme Court justices and the way they are chosen. Only the first of those is likely to happen, but refusing to empower wealthy campaign financiers is a step he can take all on his own right now, and he is not taking it.

Buttigieg's views about economic justice were also in evidence in his answer to a different question. When asked about trade, he mouthed the predictable call for fair trade, but then he added this: "We've got to be honest about the fact that for every job in manufacturing that has been lost as a consequence of trade, there have been several more that have been lost as a result of technology and automation, and that's not going to change." He does that, adds a little something to the end of his answers, demonstrating his familiarity with and mastery over the issue at hand. But this time he committed the first sin of neo-liberalism, worshipping at the golden calf by endorsing the idea that the way the economy is structured is impossible to change, as if economic laws were akin to natural laws.

Buttigieg likes to present himself as supremely balanced and moderate; after all, his core calling card is that he is the mayor of a Midwestern city in a red state. Sen. Elizabeth Warren peppers her campaign speeches with the word "fight," but Buttigieg's speeches and interviews, in which he is emphatically, self-consciously "thoughtful," steer clear of anything that could be labeled extreme. Except when they don't. While Republicans have overstated what he said, Mayor Pete left himself open by flirting with the idea of removing Thomas Jefferson's name from his party's annual fundraising dinners because the author of the Declaration of Independence had been a slave owner. Such historical anachronism displays a callowness that is both intellectually obnoxious and politically stupid.

Buttigieg will not win the nomination or the presidency, and that is a good thing. The last thing the Democratic Party needs is another neo-liberal over-achiever who promises to bring the country together. Yes, we all miss Obama, but Obama did not bring the country together, did not restructure the economy to make it more just, and did not over-achieve when it came to building a Democratic majority. In fact, on his watch, the Democrats lost control of more state legislatures and governors' mansions than at any time in history. The Democrats, and the country, do not need Buttigieg. They need a candidate who knows Sen. Mitch McConnell is not interested in bringing the country together, that the economy remains structured in ways that trap working class Americans into a series of bad options, with many bad consequences for our democracy and our society, and someone who will fight to change that. Going after Donald Trump with the young, gay, Democratic answer to Jeb Bush is not the way to beat Trump. The Democrats need someone who will fight her way to the White House.