COVID-19 and Christmas: Have a pro-life Christmas 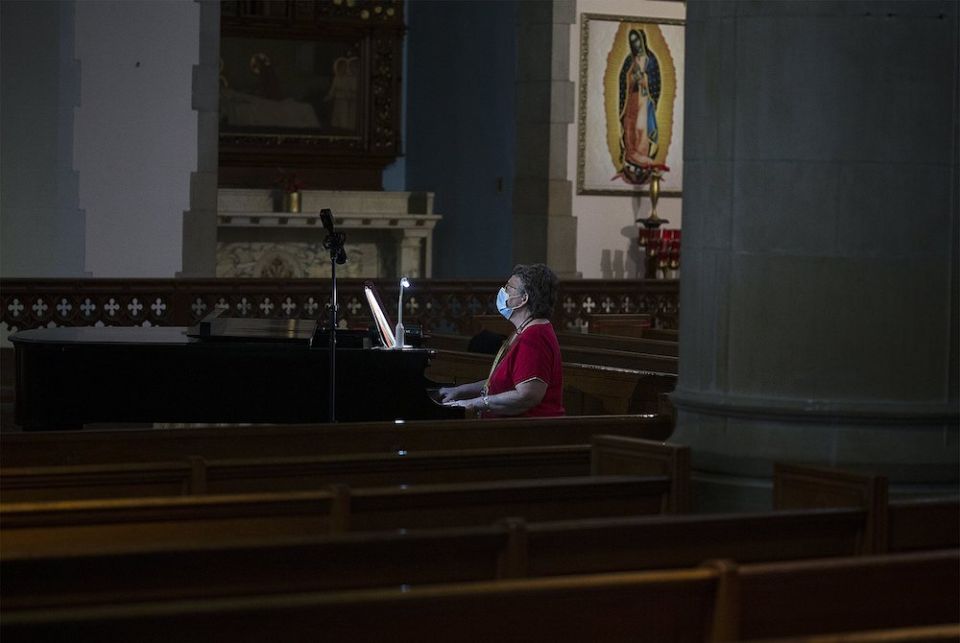 On Friday, millions of "C & E Catholics" — those who only get to Mass on Christmas and Easter — will become "E Catholics" only. Due to COVID-19, millions of people are opting not to go to church or will not be able to attend because of public health restrictions on the number of people who can be permitted into a church building for worship.

This inability to go to Mass is horrible and unavoidable. Last spring, when the whole country shut down, we all learned how to attend Mass online. And it is awful. Nonetheless, the closure of the churches concretized a proper grasp of Catholic teaching about the sanctity of human life. It was revolting to listen to conservative Catholics denounce the forced closings when only a couple of years earlier, so many of them had exhibited indifference to the plight of Catholics in the Amazon who were forced to go without Mass because of a lack of clergy in their remote parishes.

When we could start going to Mass again in the summer, it took some time getting accustomed to the new routine: the masks, no congregational singing, no servers or lectors, no passing of the peace. Still, it was good to see the familiar faces, to bow to each other at the passing of the peace, to receive the body of Christ, to hum through our masks at the Gloria, Sanctus and Agnus Dei. It was good to be together again. Since July, I have only missed Mass in person when my bronchitis kept me home: Even though it was not COVID-19, I knew that no one would be concentrating on the sermon if I was expectorating in the back pew.

In many jurisdictions, the rise in the number of new COVID-19 cases has caused some civil authorities to reimpose restrictions on a variety of activities from restaurants to gyms to religious services. And, in our highly polarized society, these restrictions are generating a debate characterized more by heat than by light.

For example, last week, Cardinal Wilton Gregory announced that the Washington Archdiocese was suing the mayor because the newly reimposed restrictions were far too severe. Some of my liberal friends emailed me expressing deep concern that Gregory would do such a thing. Some of my conservative friends adopted an "I told you so" posture. I would say, "A plague on both your houses" — but one plague at a time.

In fact, the D.C. regulation did not make sense, limiting all houses of worship to 50 attendees, no matter how large the building. A small storefront church might only hold 100 people. St. Matthew's Cathedral, where I worshiped for most of my time in Washington, seats 1,200 people. The National Shrine is the largest church in North America, seating 6,000 in the upper church. Why should 50 be the limit at all three of those buildings? Late last week, the mayor amended the restrictions to 25% capacity or a maximum of 250 people. So it sounds like the cardinal needed to get the mayor's attention, and the lawsuit achieved that goal.

But I am not going to let Gregory entirely off the hook. His suit cited the First Amendment right to free exercise of religion, as did the arguments put forward by the majority in the Supreme Court case brought by the Diocese of Brooklyn, New York. The court, however, made a lousy comparison between shopping in a store and worshiping in a church. I was in and out of a LEGO store last week in under 10 minutes flat, and I was not seated next to anyone for an extended period of time. Mass is an hour or more. Researchers in Connecticut showed that while religious services were not the prime source of COVID-19 clusters, the clusters of new cases that began in a church tended to be larger, infecting more people, than other sources. 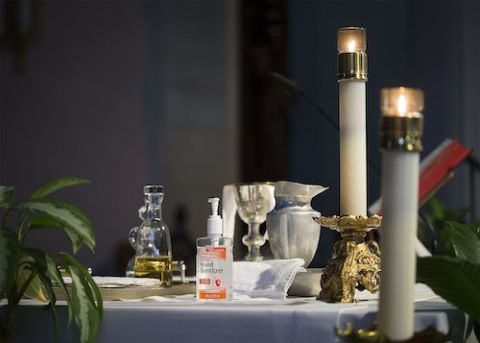 A bottle of hand sanitizer is seen on the altar prior to Mass at St. Gabriel Catholic Church in Washington July 11. (CNS/Tyler Orsburn)

I love the free exercise clause, but I do not think it trumps the common good or the need to preserve public order, and that thought is rooted in the teaching of the church. Gregory may have achieved the objective he wanted, and I agree with the result because it is common sense. Feeding the narrative that the First Amendment trumps everything, however, is profoundly regrettable, and he should have found a better way to fight it.

Just because the lawyers say that fighting on First Amendment grounds is the best way to win a particular suit does not absolve a bishop of the need to consider how legal arguments will reflect upon the church. We live in a time when scientific evidence is questioned by those who have a political or financial interest in the status quo.

The Catholic Church does herself no good when she appears to side with the ostrich brigade. Neither need we defy common sense in order to placate the ideologues of scientism, who mouth the words "believe the science" with the same degree of obscurantist intent as found in the First Amendment absolutism that comes from the mouths of some conservatives. No one, repeat no one, "believes" in science. The whole point of science is that it is not an object of belief.

I hope everyone who wants to attend Mass and thinks it prudent given their health circumstances will be able to do so this Christmas. I hope next year the churches will again be packed with Catholics, including C & E Catholics, singing "O come all ye faithful," which always brings me to tears.

This year, most of all, I hope people will remember that the whole point of the holiday is that God came to us in the person of the Christ child, and he comes to us still wherever we are, in church or at home in front of our computers watching the livestream. Nothing, not even COVID-19, can keep Christ away.

Column | COVID-19 and Christmas: Have a pro-life Christmas

Trust in God's compassion, tell him everything, pope says at Angelus

US parishes work to get Catholics back to in-person Mass