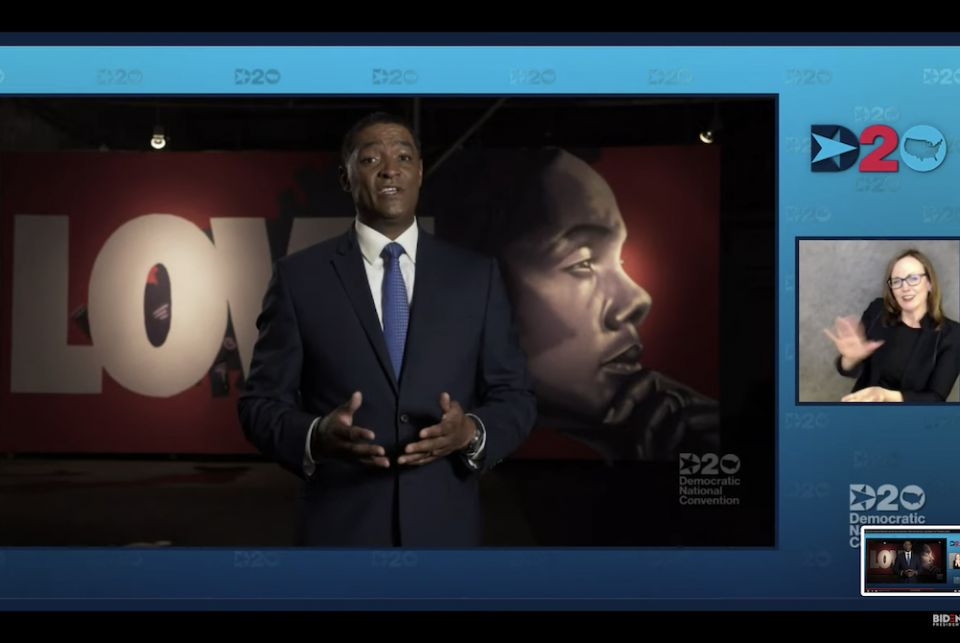 National conventions have been morphing into long infomercials for decades. Now, with COVID-19 restrictions in place, the morphing is complete, and the convention could scarcely be more scripted and more boring.

The 1924 Democratic National Convention needed 103 ballots before the compromise candidacy of John Davis secured the presidential nomination. In 1948, Hubert Humphrey urged the party to "get out of the shadow of states' rights and walk forthrightly into the bright sunshine of human rights," the Mississippi delegation and most of Alabama's walked out, and Harry Truman did not step to the podium to accept his nomination until well past midnight. ("Senator Barkley and I will win this election and make these Republicans like it — don't you forget that!" Truman began. Twenty years later, in Chicago, the convention nominated Humphrey for the presidency, but it was the rioting in the streets outside, and the brutal police tactics in response, that captured the nation's attention.

The last time there was genuine drama in a Democratic convention was in 1980 when a vote to maintain the rule binding delegates to vote for the candidate they had pledged to support during the primaries effectively ended Sen. Ted Kennedy's challenge to incumbent President Jimmy Carter, but the rift never healed and Carter was defeated in November.

Since 1980, conventions have been coronations, not deliberative events, at least so far as the presidential nomination was concerned. Apart from the roll calls and the speeches, the countless receptions and parties, the conversations at breakfast and on the bus ride to the arena had become an updated and far more diverse version of the old smoke-filled room. Candidates for Congress looking to get noticed — and secure the funding that comes with being noticed — worked those receptions and parties, special interest lobbyists hosted various events meant to curry favor, political and personal networks were begun or sustained or expanded. This year, not even that is happening.

Drama, there was none, but there were some important and interesting moments in the first night of the convention. The opening segment featured various people reciting the Preamble to the U.S. Constitution and one of them was Dolores Huerta, the labor leader who co-founded the United Farmworkers with César Chavez. The opening prayer was offered by Rev. Gabriel Salguero, president of the National Latino Evangelical Coalition, which strikes me as odd because Trump is actually doing surprisingly well with Latinos, and Pew surveys indicate that support is not found among Hispanic Catholics, which means it is coming from Latino evangelicals and Pentecostals. I hope there will be specific polling on Hispanic evangelicals this autumn, and we won't have to guesstimate by deduction from other polling.

One of the more interesting and hopeful talks of the night came from former Ohio Gov. John Kasich, who was raised Catholic but now worships at a conservative Anglican breakaway church. He famously defended his decision to expand Medicaid to a room full of Republican donors by saying he wanted to be able to answer the question "What did you do for the poor?" when he got to the pearly gates. 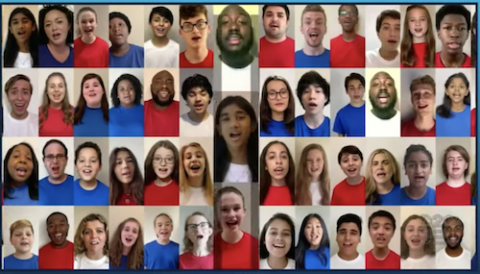 Screenshot from Joe Biden's YouTube channel of the 57-member choir that sang "The Star-Spangled Banner" at the opening of the first night of the Democratic National Convention Aug. 18. (NCR screenshot)

"Yes, there are areas where Joe and I absolutely disagree. But that's OK because that's America. Because whatever our differences, we respect one another as human beings, each of us searching for justice and for purpose," Kasich told the virtual convention Monday night. "We can all see what's going on in our country today and all the questions that are facing us, and no one person or party has all the answers. But what we do know is that we can do better than what we've been seeing today, for sure. And I know that Joe Biden, with his experience and his wisdom and his decency, can bring us together to help us find that better way."

His talk was not helped by having him deliver his remarks at a rural intersection, "at a crossroads," which was hokey, but it aimed at precisely the big tent vision Biden needs to win and to govern. I half expected a choir to follow Kasich and the other Republicans explaining why they were backing Biden singing that horrible modern song "All Are Welcome."

Former First Lady Michelle Obama echoed the pitch for the center. "I know Joe. He is a profoundly decent man, guided by faith," Obama said. "He was a terrific vice president. He knows what it takes to rescue an economy, beat back a pandemic and lead our country. And he listens. He will tell the truth and trust science. He will make smart plans and manage a good team, and he will govern as someone who has lived a life that the rest of us can recognize."

If we want to end the chaos and division—and keep alive the possibility of progress on the issues we hold dear—we’ve got to vote for @JoeBiden and @KamalaHarris like our lives depend on it. Register today by texting VOTE to 30330. https://t.co/xPu5o0SYLJ

As the night progressed, an old journalistic maxim came to mind: Show, don't tell. This virtual convention was a kind of metaphor for what the nation is going through. It was not the same, but the Democratic National Committee managed to make it work. There is an energy in a packed hall that can't be replicated, and it was missing. On the other hand, there were far more cameos with average people talking about their political views than you would have seen if a typical, in-person convention had been held. The message was getting through despite the changed circumstance.

And you had to love the stacked wood behind Sen. Bernie Sanders when he spoke from his home in Vermont. Sanders' "This is not normal!" theme would have been a crowd pleaser, and I missed seeing an entire arena stand and applaud, although the applause from several households was projected on the screen, and that was a nice touch. It was a strong speech nonetheless and had more warmth and obvious sincerity than his endorsement of Hillary Clinton four years ago.

I watched the whole thing, and most of my political junkie friends did, too. It will be interesting to see what the ratings were and how many quotes make their way onto the news in the days ahead. The bottom line from the first night? It was strangely reassuring to see the Biden team pull this off. There were no technical glitches. There were no thematic glitches. For all the altered circumstances, they seemed to be accomplishing what you expect a convention to accomplish. They delivered the message they wanted to deliver, and in its "big tent" quality, it was the right message.

See what has rooted and shaped us