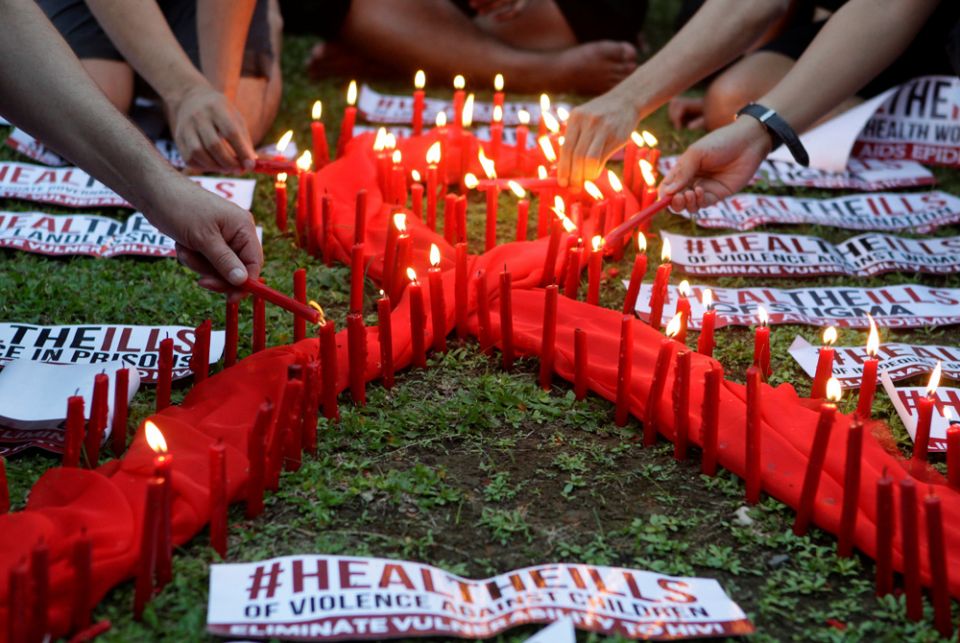 There really are no words to express the combination of admiration and gratitude I hold for America magazine's Michael O'Loughlin, who has launched his podcast series "Plague." He chronicles the way the Catholic Church has responded to the AIDS crisis. Do not listen to this unless you are emotionally prepared to revisit that horrible and strangely graced time. O'Loughlin has done an amazing job telling these stories.

In Public Discourse, Louis Brown gets shrill and hysterical at the prospect of a single payer system:

What is he talking about? A single payer system would not prevent a Catholic hospital from being Catholic. A single payer system nationalizes the insurance industry not the health care industry. The lack of certain "carve outs" for religious hospitals can be addressed. And, regarding "patient freedom," the millions of Americans who have no insurance or are underinsured, how much freedom do they have? More on this topic in the days ahead.

At Vox, a report from ProPublica and the Texas Tribune about the outrageously terrible health care extended to uninsured pregnant women in Texas. A third of women in reproductive age lack insurance in the state. Is this what a "pro-life" health care system looks like?

In The New York Times, a report on new abortion legislation that is so extreme, even some conservatives have qualms about it. And they should. This is the kind of approach that shows an indifference to women that has plagued the pro-life movement from its start, and only in recent years have we seen the U.S. bishops recognize that failure. I have not been shy in criticizing the political strategies of the pro-life movement nor that movement's decision to align itself exclusively with the Republican Party. But can you imagine a similar report about liberals objecting to Planned Parenthood-sponsored abortion legislation because it is too extreme?

When I grow up, I want to be Michael Gerson. His reflection in The Washington Post on how Advent is the antidote to the climate of fear abroad in the land is breathtaking in both its insights and the quality of its prose. He is the conscience of the conservatives, at least of those who still have one.

My colleague Heidi Schlumpf called attention to some nasty tweets from Msgr. Andrew Wadsworth, head of ICEL, about the Amazon synod and Pope Francis more generally. Wadsworth was also recognized from the podium last month at a talk in Arlington, Virginia, given by Alexander Tschugguel, the young man who stole statues of Pachamama from a Rome church and tossed them into the Tiber. I was delighted to be mentioned unfavorably at the event. (Check out 49:00 in the video.)

I note with great sadness the death of Caroll Spinney whom I met before he became Big Bird. He lived two towns north of here, in a fabulous house that straddled the Connecticut-Massachusetts border. He slept in Massachusetts and breakfasted in Connecticut, if memory serves. At that time, he played several characters on the show "Bozo the Clown" which I went on with my friend David Curland. David was chosen as "Butch for the Day," so he had to serve as a kind of deputy emcee. I was in a skit that required me to lift a barbell with balloons as the weights. It was a lot of fun. Spinney went on to enchant hundreds of millions of children as Big Bird and Oscar the Grouch. Eternal rest grant unto him, O Lord.