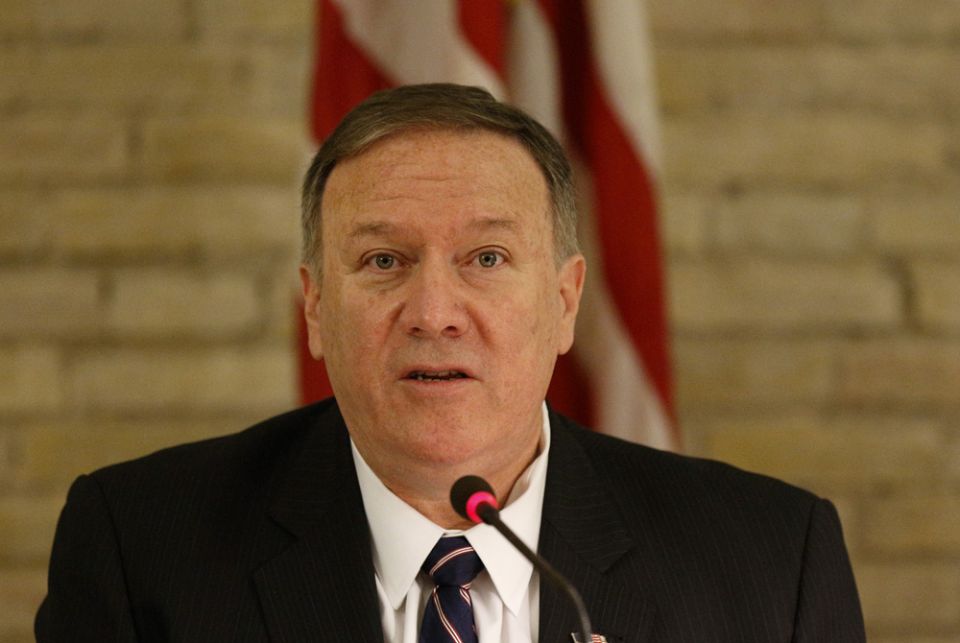 U.S. Secretary of State Mike Pompeo speaks at a symposium sponsored by the U.S. Embassy to the Holy See Oct. 2 at the Vatican. (CNS/Paul Haring)

In The New York Times, a report that claims the left is losing the fight over abortion. I wish that were true. What is clear is that more conservative states are reclaiming some of the authority the original Roe v. Wade decision awarded them to restrict abortion. And, more liberal states are enacting laws that are exceedingly extreme. What I fear, though, is that the second the Supreme Court endorses some kind of legislative restrictions on the procedure, the backlash will be fierce and sudden and abortion will loom large in next year's presidential election, and the debate will continue to be dominated by the extremes, with no room allowed for the vast majority of Americans who are deeply ambivalent about it.

Secretary of State Mike Pompeo slammed congressional Democrats for continuing their impeachment hearings while the president is overseas. I discern the outlines of a compromise: The Dems promise to hold off on hearings provided the president remains overseas. Perhaps Russian President Vladimir Putin could fund him a nice dacha where he could spend the rest of his term.

On the eve of the NATO summit in London, Will Hutton at The Guardian argues that the U.S. economy has become a caricature of a free market economy. Citing new research that shows the European Union's economy is much more robust than that in the U.S., Hutton writes, "The U.S. economy is becoming increasingly harmed by ever less competition, with fewer and fewer companies dominating sector after sector — from airlines to mobile phones." The news gets worse: "A U.S. political campaign costs 50 times more than one in Europe in terms of money spent for every vote cast. But this doesn't just distort the political process. It is the chief cause of the U.S. economic crisis." In Europe, industry regulators are not so readily for sale to the highest bidder.

At Brookings Institution's "FixGov" site, a warning to the campaign of former New York Mayor Michael Bloomberg: If you skip the early states and wait for Super Tuesday, he might found out, as his predecessor Rudy Giuliani did, that it is too late.

At Politico Magazine, a report on the raw emotions at a recent town hall held by Rep. Mikie Sherrill, one of the moderate Dems who picked up a Republican-leaning seat in 2018. Sherrill is on the hot seat due to the impeachment and her patient explanation of why, reluctantly, she decided to back the investigation into the president did not satisfy many of her constituents. There is no easy way, and no good way, out of this conundrum into which the president and his lackeys in Congress have put the nation.

Kudos to Pedro Gabriel at WherePeterIs.com for delving into the history and meaning of the now famous Pachamama statues that some indigenous peoples brought with them to the synod on the Amazon in October. Sounds like standard fare inculturation to me. As is typical of these days, St. Pope John Paul II could bow for a blessing from an indigenous leader in Canada and that was evidence of the new evangelization, but if Pope Francis touches something similar, it is evidence of heresy.