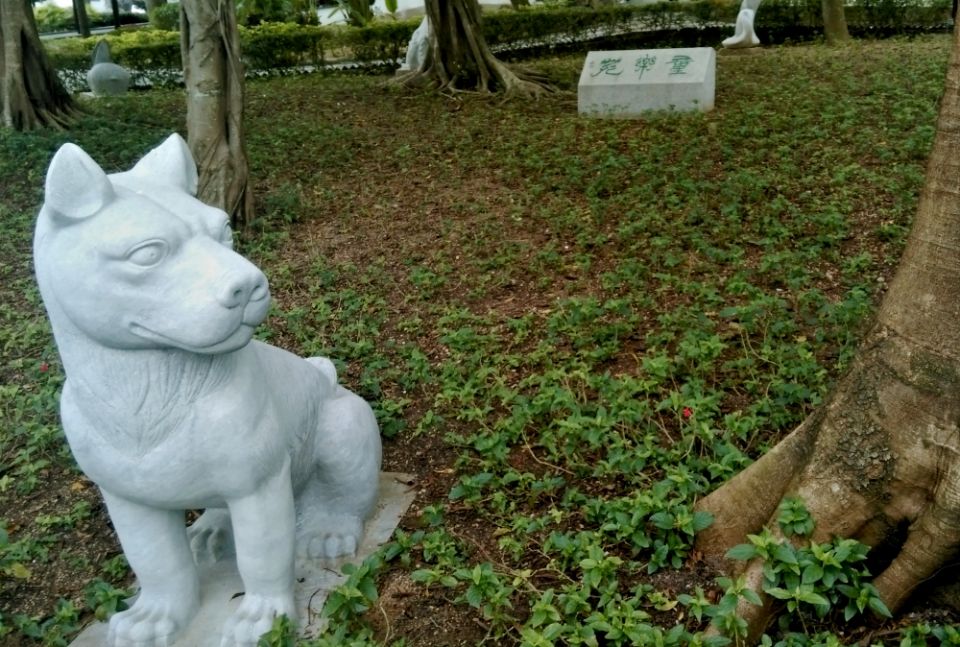 A dog is among 12 statues representing the Chinese zodiac in a park in Kowloon City, Hong Kong. (Wikimedia Commons/Yd712015)

At the Daily Caller, a look at Bishop Thomas Paprocki's repudiation of the U.S. Conference of Catholic Bishops' brief in the Janus v. AFSCME case. The money quote:

Since the USCCB periodically files amicus briefs in the Supreme Court, Paprocki's comments suggest their filings may not always reflect the views of the American bishops, which would seem to compromise their potency.

I will have more on this case tomorrow. For the moment, I shall only note that the Daily Caller is right and the bishops' conference needs to address Paprocki's complaint.

At Politico, a profile of Conor Lamb, the Democratic candidate for Congress in Pennsylvania's 18th District.  President Donald Trump won this district in rural western Pennsylvania by 20 points, but Lamb is within the margin of error in the latest polls. The main reason? He has refused to worship at the altar of abortion rights.

It is a sin, but also a healthy instinct in a democracy, to enjoy watching hypocrites exposed. (And an essential attribute in journalism!) So, I confess to the sin of delectatio morosa as Philadelphia Eagles defensive end Chris Long replied to Laura Ingraham's rant against sports figure espousing political opinions by tweeting out all the many times athletes, actors and musicians have been on Fox News to discuss politics. When Long hangs up his cleats, maybe he has a second career in journalism!

At the Tablet, an interview with Cardinal Blase Cupich by editor Brendan Walsh. It is a first-rate interview and at the end of the text is the video of Cupich's lecture on Amoris Laetitia at the Von Hügel Institute for Critical Catholic Inquiry.

At Politico, Sen. Elizabeth Warren answers questions about her Native American heritage. I do not why it took so long for her to address this head on: Anyone who knows anything about Oklahoma knows that many people there have some Native blood in them. And I still think she should go to Ancestry.com and talk about it. Warren's principal political problem is that it is difficult politically to be a populist champion for the working class after being a Harvard professor, which is like being a high priest in the coastal elite. Reminding people she is from Oklahoma is a good thing. Talking just like the very homey people who do the Ancestry.com ads is an even better thing.

Bishop Kevin Vann's dogs, Gracie and Griffin, sent out greetings via Twitter for a happy "Year of the Dog" last week.

Happy “New Year of the Dog” from Gracie and Griffin! pic.twitter.com/YOQX9WxtsA

Ambrose sends his best to one and all as well. Bishop Thomas Tobin of Providence, Rhode Island, and Archbishop William Lori of Baltimore are also great dog lovers. I think we should change canon law to require a bishop to have a dog so that they will really experience unconditional love.

Speaking of Twitter, it is a thing that encourages rants, not thoughtful discussion, which is why I use it only to send out links to my articles. But Don Clemmer, of Our Sunday Visitor, did a series of tweets over the weekend to commemorate Presidents Day. They served as a minor tutorial in the impact of Catholic social doctrine. Nicely done. Who knows? Maybe I should start using Twitter more? Nah. I would turn into the Catholic Donald Trump, ranting against heretics in early morning tweets!